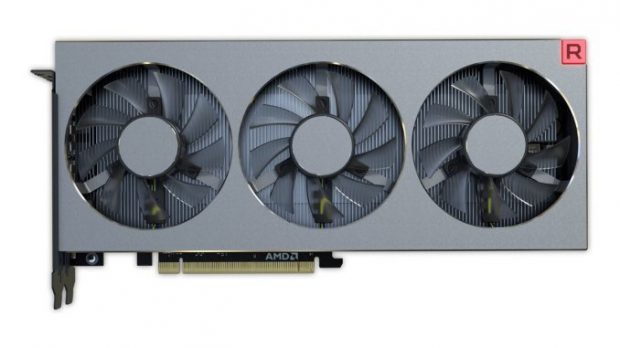 AMD Radeon VII was one of the highlights of CES 2019. Now, ASRock, Sapphire, and XFX have launched their AMD Radeon VII reference models.

The reason for these companies to roll out Radeon VII reference models is that custom designs will launch on February 7, 2019. Given that these are reference designs, the specs remain the same and even the design remains unchanged.

As for the AMD Radeon VII specs, the GPU features 3840 shaders, 1400 MHz base clock, 1750 MHz boost clock, and 16 GB of HBM2 VRAM. Obviously, the Radeon VII is a high-end card and I am still looking forward to AMD’s 7nm mid-range GPUs.

When the GPU was announced, a report emerged suggesting that AMD Radeon VII will only see less than 5000 units released. According to the report, the reason was AMD allegedly losing money on each unit sold.

AMD is losing money on each card sold as they are, as I said before, just Radeon Instinct MI50 cards that are being re-purposed into ‘new’ Radeon VII cards.

However, the report turned out to be false. AMD clarified the situation stating that AMD Radeon VII production will meet its demand.

While we don’t report on production numbers externally, we will have products available via AIB partners and AMD.com at launch of Feb. 7, and we expect Radeon VII supply to meet demand from gamers.

In terms of performance, Radeon VII is a beast of a GPU. AMD showcased Devil May Cry 5 running at 4K/60 FPS at Ultra Settings during the reveal.

With AMD Radeon VII featureing high-end specs, it seems that AMD plans to place the GPU as a direct competitor to Nvidia Geforce Titan GPUs.