A Way Out Green Screen Flicker, Errors And Fixes 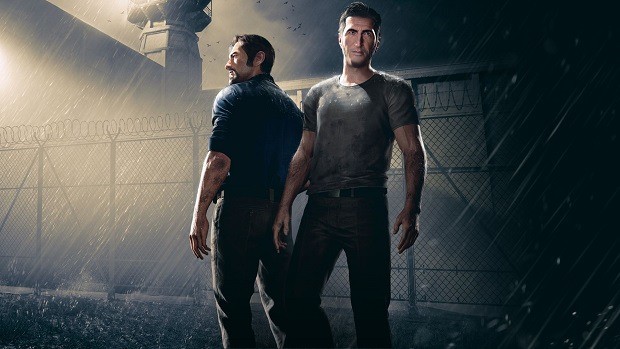 A Way Out has launched for PC and consoles but, the PC version of the game has been experiencing some errors and issues like the controller not working, black screen, infinite loading screen and more. Here we will discuss all of the errors and issues that are bothering the PC players while playing A Way Out and will also provide you with a possible fix or workaround so that you can play the game with your friends without any hiccups.

A Way Out Errors, Crashes And Fixes

A Way Out is an unconventional game that forces split-screen co-op play in order to play it and if the reviews are any indication, the game pulls it off very nicely. This game is a first of its kind and tells a brilliant story from the perspective of two characters.

The following are the issues that players have been experiencing along with their possible fixes and workarounds.

Green Screen Flickering
One of the issue that PC players have been experiencing with A Way Out is the green screen flickering which is very annoying. Now, this issue is mostly occurring for those who are running the game on Nvidia GPUs.

However, the solution to this problem is rather simple. All you have to do is run the game in the borderless windowed mode and the issue should resolve.

But, if it doesn’t work or you don’t want to play it in borderless windowed mode then you need to open up the Nvidia control panel and select “Change Resolution” and select “Highest (32 Bit)” under Desktop Color Depth and the issue will not bother you again and you will also be able to play the game in fullscreen.

Controller Not Working
Some PC players have reported that Dualshock 4 controller is not working for them while playing A Way Out. There are a couple of ways through which you can make the controller work for the game.

The first is a simple workaround, all you have to do is plug in the controller after starting the game. It might seem strange but it sometimes works.

Long Loading Times
Another one of A Way Out errors is the long loading times for the game. However, not many players have reported that they are facing this issue.

This issue might be related to your old hard drive. Make sure you have no process running in the background using the HDD too much as this causes the delay in loading the game.

Black Screen Fix
Another one of A Way out issues is the black screen. According to the players, when the game starts a black screen appears but the music plays in the background.

All you have to do is press “ALT + Enter” and the game will go into the windowed mode and you will be able to see the game. The reason this issue might occur is that the game sometimes selects the resolution higher than your native resolution which the monitor is unable to display.

Once the game is in the windowed mode, change the resolution to your display’s native resolution and you will be able to play the game in fullscreen mode afterward.

Another reason for this issue to pop up is the outdated GPU driver. UPdate your GPU driver to the latest version and the issue should resolve.

Infinite Loading Screen Fix
There is an infinite loading screen issue with the game that pops up after the escape mission. This issue is basically related to initial installation chunk. All you have do is repair the game files and the issue should resolve.

No Audio In Cutscenes
Gamers have reported that when they are playing the game the audio is fine they can hear the music and other stuff, however, when a cutscene starts there is no audio for the dialogue.

The solution to this problem is simple as it might be related to the wrong audio channels selected for your audio device. Open up Playback devices by right-clicking the sound icon in the bottom right.

FPS Drop, Stuttering Fix
To resolve this issue make sure you are using the latest GPU drivers which bring game-specific optimizations. Also, make sure no unnecessary background process is running that is using too much hard drive. Open up task manager and terminate that background process.

In the drop-down list look for the game and if isn’t there then add it. After selecting the game, go to the V-sync option and set it to Fast and press apply. This should resolve your stuttering issue in the game.

Game Crashing
You might be getting a “LowLevelFatalError” in the game and then it crashes even when your specs are way over of the required level.

Then go to Control Panel -> System -> Advanced System Settings. There you will see the “Visual Effects” tab, select “Adjust for best performance”. Also confirm that that your desktop scaling (100%) is at 100% percent, no less, no more. Then reboot your system and hopefully the game will run in full screen without crashing.