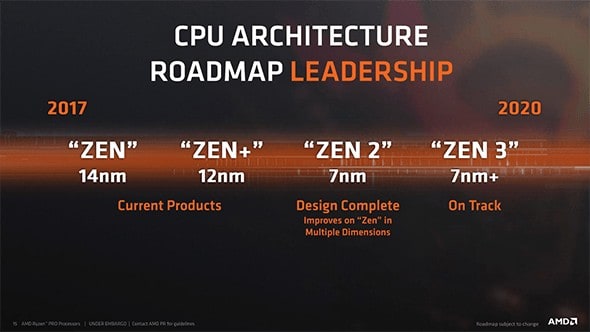 AMD recently announced its Ryzen Pro enterprise APUs for desktop and mobile platforms and also assured that 7nm AMD Zen 2 based products are on the schedule along with 7nm AMD Vega design being complete and AMD Navi being on track for its scheduled release. Not only that, AMD has also confirmed 7nm+ Zen CPUs and “next-gen” GPUs for 2020.

During the briefing, AMD showcased some slides for its upcoming products of which a couple of slides were dedicated to AMD’s current and upcoming Zen architectures and its GPUs.

Let’s start with the 7nm AMD Zen 2. According to AMD, the design for 7nm Zen 2 is complete and it improves over Zen architecture in “multiple dimensions” which might indicate that 7nm Zen 2 will be available in 2019 as the slide states that Zen 3 will be out in 2020.

As for the GPU side of things, AMD noted that the design for 7nm AMD Vega has been completed which indicates that it might launch later this year or in 2019. As for AMD Navi, according to AMD, the Navi GPU are on track for its scheduled release which should be 2020 and confirmed “Next-Gen 7nm+” for 2020. 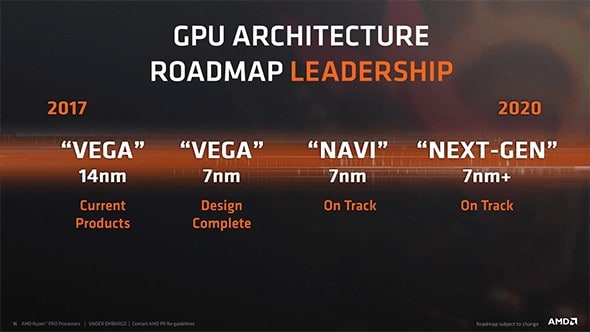 What do you think of AMD’s roadmap? Let us know in the comments.