2nd Hand Mining GPUs Are Not A “Significant Risk” For AMD 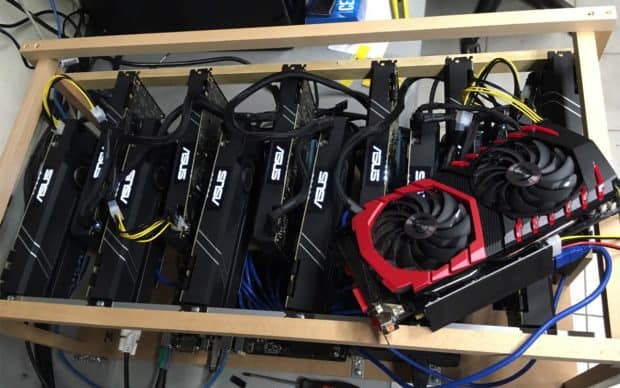 With the crypto mining craze slowing down thanks to the lowering values of crypto-currencies, AMD And Nvidia AIB partners expect that the GPU shipments will plunge by 40%. Also, many are expecting a lot of cheap second-hand mining GPUs in the market which could cause problems for AMD and Nvidia, however, AMD doesn’t see these mining GPUs as a significant risk.

This is according to AMD CEO, Dr. Lisa Su, who noted during the company’s earnings call that second-hand mining GPUs won’t be much of a problem as they flood in the market.

According to Lisa, the people who are buying GPUS are not buying them specifically for mining purposes but they are purchasing them for multiple use cases and that is why she believes that there won’t that much second-hand mining GPUs in the market as expected.

I think what you find is that, one, there are number of different currencies, and, two, a lot of these users that are buying GPUs these days are actually buying them for multiple use cases, both commercial and consumer. So they’re not necessarily buying just for mining.

She also talked about how the company is trying to get the GPUs in the hands of gamers instead of miners saying that the company’s first priority is gamers and are striving that their AIBs also prioritize gamers.

Our first priority when we look at allocation of graphics cards is to gamers,” she explains. “And so that’s through OEMs, that’s through system integrators, that’s also working with key retailers to make sure that they are prioritising the gamers’ segment, and we’re going to continue to do that.

Speaking of AMD, during the earnings call the company also revealed that AMD Ryzen makes up 60% of the total revenue for the first quarter of its current fiscal year.

Also, with the launch of 2nd gen AMD Ryzen chips, some are having trouble to run their Ryzen CPUs on AM4 chipsets as a BIOS update is required to use these chips on older boards.

However, AMD offering “Bootkit” to AMD Pinnacle Ridge owners to flash the firmware in order to update the BIOS.

Do you think the second-hand mining GPUs will cause problems for AMD and Nvidia? Let us know in the comments.