How to Unlock All Endings in 12 Minutes 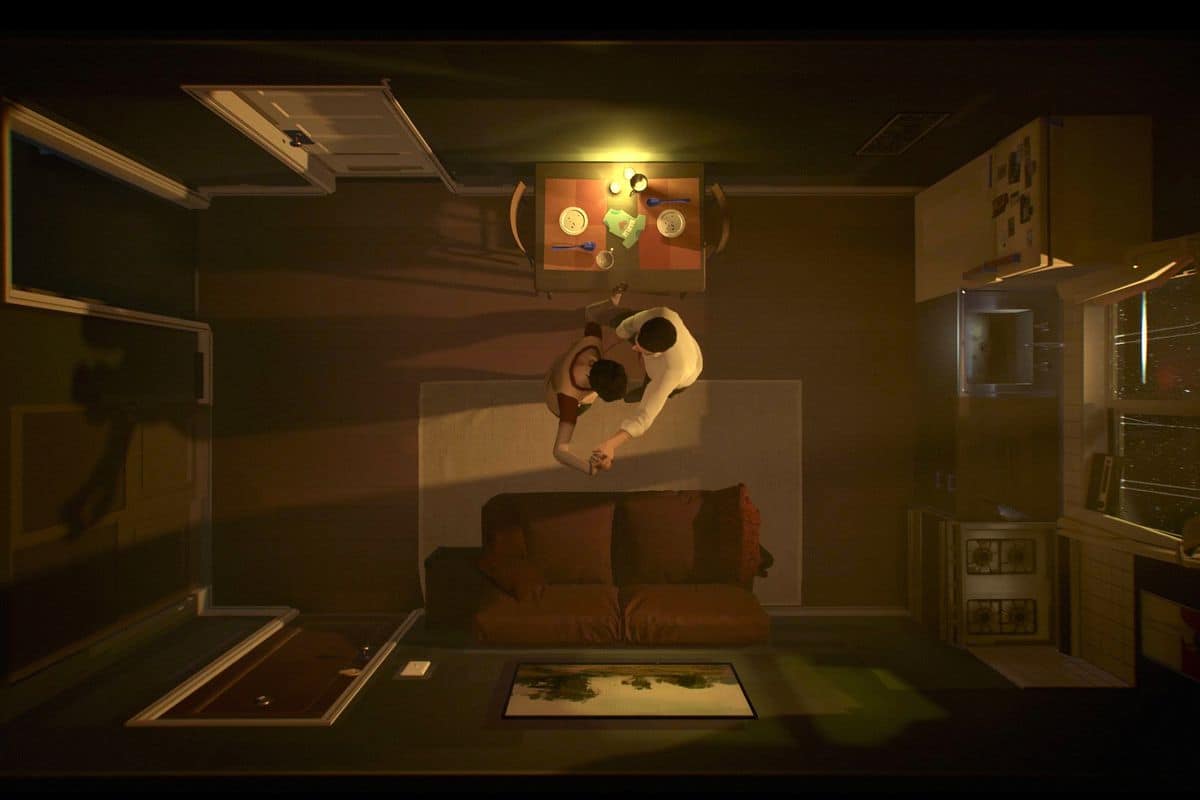 The brand-new, time-loop thriller, 12 Minutes is finally here. One of the exciting features of the game is that it boasts multiple endings owing to the time-loop focused storyline. In this guide, we’ll be taking a dig into how you can get all the endings in 12 Minutes.

How to Get all the Endings in 12 Minutes

There are a total of six endings in 12 minutes, each involving its own distinct choices and achievement.

One of them can be accessed early on in the game, one after discovering the plot’s twist, two during the mid-game, and the remaining two will roll credits.

Our guide below covers everything you need to know about unlocking every single one of these conclusions in 12 Minutes and acquiring the achievements associated with them.

This is the first ending that you’ll be able to unlock and it’s a pretty straightforward one. When you first arrive in the apartment, just sit back and relax.

After a short while, your wife will call you to sit alongside her on the couch and your character will oblige.

She’ll tell you she had some mistakes in the past. She’ll then head to the bathroom, grab something, and then come out, telling you that she would prefer to unveil those mistakes someplace else.

Finally, you’ll follow her to the front door to acquire the achievement.

Start off by placing the spilling pills in the cup of water. Using your house keys, open up the ventilation shaft beneath the medicine cabinet. From here, grab the pocket watch.

After a while, when your wife goes to bed, go and hide in your closet before the cop comes.

Soon, you’ll hear the cop jerk the light in the bedroom on and drop to the floor. Come out of the closet and approach him. While he’s unconscious, tie him up with one of his own handcuffs.

Don’t take everything else out of his pocket, you won’t complete this ending and acquire the desired achievement. Anyhow, when he is awake, tell him that you’re innocent and then do whatever he says.

After some time, you’ll hear the sound of a gunshot. The cop will then come out and tell you to call 911 and explain to them that your wife has killed herself.

Once you do that, the cop will give you a second chance and exit through the front door.

Grab the phone from the closet and give a call to Bumblebee. Tell her why her father is really doing this and she’ll tell you that she will talk to her father.

After that, go talk to your wife. She’ll offer you dessert. Respond by telling her that you want it.

Go help her set the table. Then, during your dinner with her, when she plays your song on the radio, ask her to dance. She would agree but after dessert.

After a short while, she’ll hand you a gift. Open it up; it’ll contain baby clothes. When they appear in your inventory, click on them.

During this time, you may also hear the elevator ding outside and the cop answering the call of Bumblebee. He’ll then leave and go to her place, leaving you and your wife alone.

After a little bit, when your wife talks about the baby, the dialogue options will pop up. Tell her that everything’s going to be great causing her to kiss you.

She’ll then ask for the dance you promised. Comply with her request. When she says that you seem different, just tell her how much you love her.

Now, you don’t have to do anything else; just wait for the twelve minutes to run out and you’ll earn the achievement.

Grab the phone and call Bumblebee, telling her that your wife is innocent and that her father is unaware of the complete story. Then, go and talk to your wife, telling her precisely what happened.

Two dialogue options will appear on your screen. Choose either one. After that, you’ll get another two options, choose the one in which you take the blame and tell her that you’ll confess to the cop.

After this conversation ends, pick up the pocket watch from the vent. You’ll hear the cop answering the call from Bumblebee as he heads to your apartment.

When he rings the doorbell, your wife will answer the door and let him in. Afterward, when the cop approaches you, tell him that you killed her father and also say that it was your fault.

In response, the cop will ask for the watch and tell you that he’ll deal with you later. Give him the watch after which, he’ll leave.

After the cop leaves, your wife will tell you to leave as well so just exit the apartment. It’ll mark the completion of the ending.

Once you regain control of your character, make your way to the bathroom. As soon as your wife comes out of it, head inside, shutting the door behind you.

You’ll find a pocket watch in the vent below the medicine cabinet; grab it and stare at it until a cutscene is prompted between you and your father.

After the cutscene, you’ll be presented with two dialogue options. Choose the one that says, “Maybe it’s better we’re not together” in order for the story to come to a close.

Choosing the other option will send you back in the loop.

In the alone ending, once the credits roll, tap on ‘Continue’ from the main menu. Even if you were sent back into the back, do the same. Either way, you’ll find yourself in a hallway with your locked apartment up ahead.

Use the key from your inventory and unlock it. Then, make your way into the bathroom.

Here, grab the pocket watch from the vent as you did in the alone ending but this time around, before you get on to staring at it, drag its big hand just two minutes before 12.

Ultimately, another cutscene will be triggered between you and your father. (Note that for this cutscene to play out in the desired way, you must have interacted with the meditation book from which your wife had narrated a passage to you.)

This book will be placed on the shelf behind you; when the cutscene ends, click on it, and instead of opting for a dialogue option, read the exact same passage to your father.

Now, you don’t have to do anything. Just wait for the whole situation to play out and lead you to the credits.

It’s worth mentioning that once you’ve unlocked this ending, you’ll have to begin the game from scratch.