The Witcher 3: From A Land Far, Far Away Quest Guide 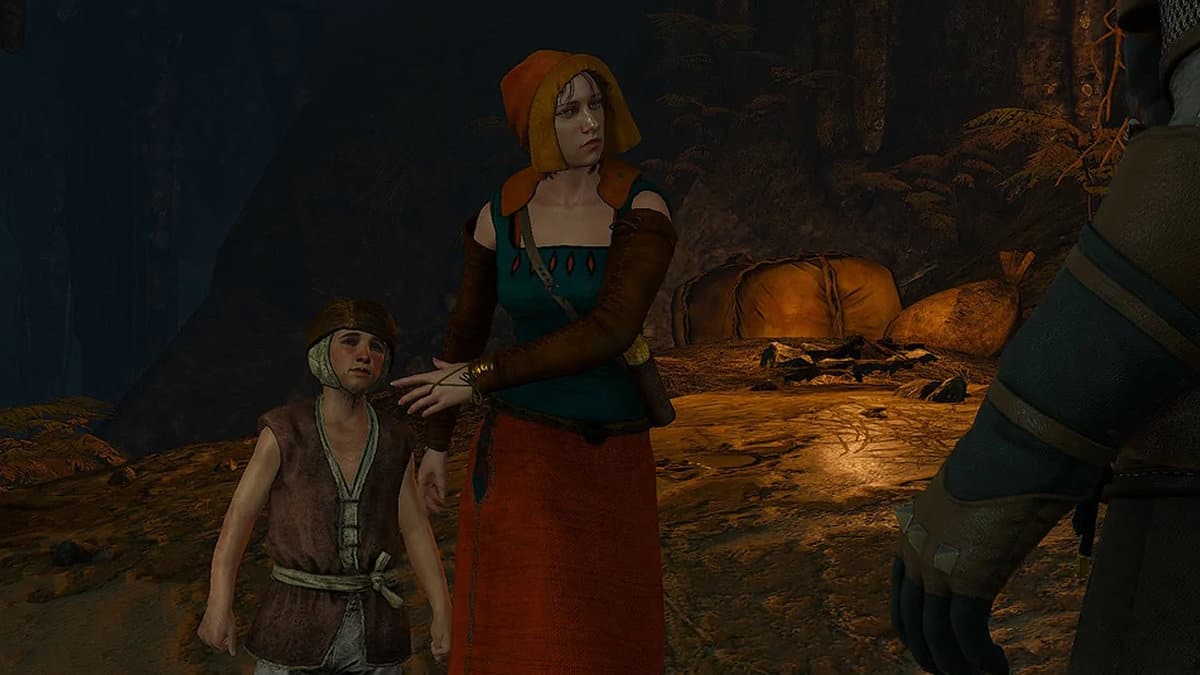 From a Land Far, Far Away is a secondary quest that you can complete after reaching Skellige in The Witcher 3: Wild Hunt.

In this quest, you are tasked to travel large distances and uncover shipwrecks that contain a letter and directions to an unfamiliar location. While undertaking this task, you will find a man who is looking for a woman who speaks a foreign tongue. He claims that she is from a land far away. He is given the task of finding the woman and bringing her to justice. The woman is accused of kidnapping a child and it is up to this man to bring him back.

For the shipwrecks, you will find a diary that was written by a foreign refugee. With the fate of ship wreck’s survivors unknown, you will search along to isle of Skellige Geralt in hopes of returning that diary to its owner.

Make your way to the Redgill harbor and take a boat to sail directly east towards Hindarsfjall. You will come across a small, unnamed island along the way that you can explore for a body near a tree. That corpse has a journal that you can read to start the quest.

In that journal, there is a mention of a chest that has been lost in the sea nearby a shipwreck. There is no mention of its exact location but it’s pretty easy to find if you follow our walkthrough.

From a Land Far, Far Away walkthrough

To find the chest, you first need to find the ship that had sunk. Go to the southeast and look for a mast protruding from the water. Swim straight to it.

Once you are at its location, dive under the water and search for the shipwreck. There you will find a chest that contains a “letter sealed with impermeable wax” along with the “captain’s log”.

The letter is written in an unfamiliar language while reading the captain’s log will reveal the location of a second ship.

The Captain’s log will direct you to the village of Ursten, located on the coast of Velen. If you choose to fast travel there, you will find a Warrior at the signpost. He is easy to spot as he has an exclamation mark above his head.

You can speak with him, but it is not necessary to advance the quest. You can simply ignore him and move forward. But if you do talk to him, you won’t be able to give the letter you found to the woman later on.

If you choose to speak to him, then the warrior will tell you that he is searching for a woman who came from a foreign land and speaks an unfamiliar language. He claims that she is a fugitive on the run who had kidnapped a kid. He has been given the task to punish her.

To complete the second objective of this quest, you need to head towards the opening of river Pontar. There, you need to search along the shoreline for the wreckage of the second ship.

Once you reach it, use the Witcher senses to follow the footsteps of an adult and a child.

Talk to the outsider woman

After trailing the footsteps, you will reach a wooden watchtower on a river bank where you will find the foreign woman. She will start running as soon as she sees you. You need to follow her.

She will eventually reach a cave known as “Widow’s Grotto” by the locals.

If you haven’t talked to the Warrior at the signpost on Ursten, the woman will talk to you in some foreign language. She also can’t understand you if you try to talk to her. You can give her the sealed letter. After that, you will be approached by the Warrior.

The woman and the warrior will be having a shouting match when you arrive. You won’t be able to give her the documents in this case.

Decide the fate of the woman

The Warrior will reveal that the woman is a fugitive on the run who kidnapped the child, and he is to punish her and take the child home.

Now you have two choices here. You can either protect the woman or let the warrior kill the woman and take the child.

If you choose the first option, you will have to fight the warrior. He can be easily defeated with a few swings of your sword. Defeating the warrior will give you 50 XP and the woman will offer you a Stone Medallion as a reward.

If you choose to side with the warrior, he will kill the woman and take the child. You will receive nothing as a reward.