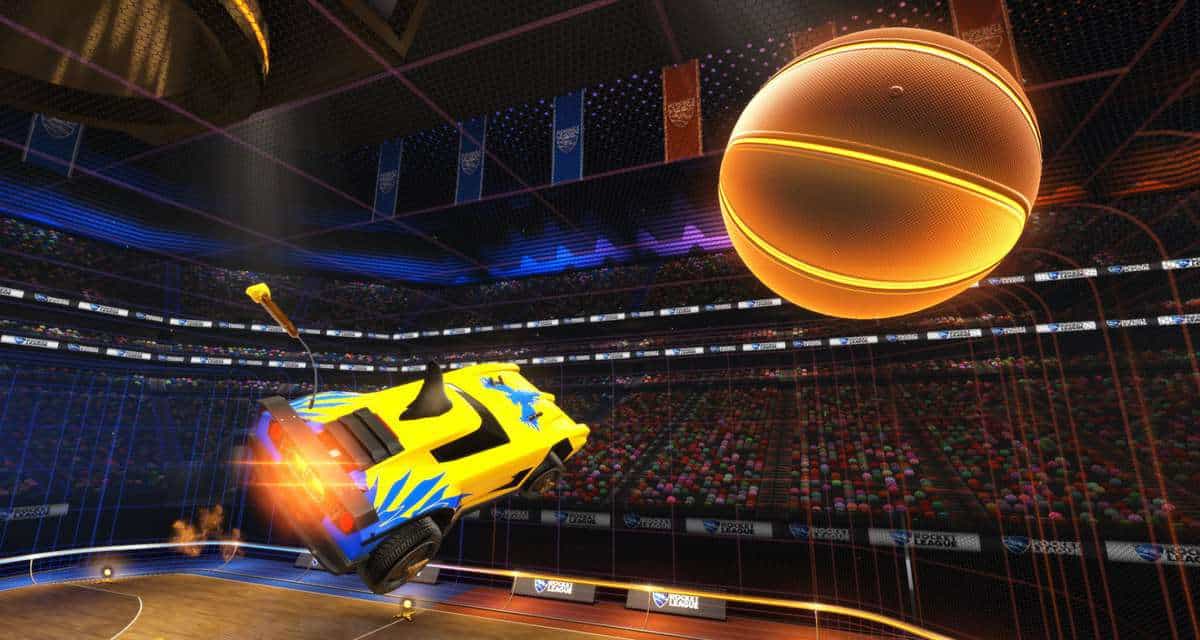 Being played by millions on PlayStation 4 and by the first week of March, millions on Xbox One as well Psyonix’s Rocket League is having the time of its life. And the Rocket League April Update is prepped up to add some extra bounce to your matches very soon.

The developers have given us a preview of what to expect from the upcoming update including the new content, features, and changes they have prepared for us.

As promised before by Psyonix, the game is going to get a new game mode that brings Basketball elements to it, the mode is officially called Hoops Mode (not Dunk Mode as previously teased), and here’s what you can expect from it:

The patch (scheduled for release late April), will bring the all-new, basketball-inspired game mode to the Rocket League community. “Hoops” will be available in Exhibition, Private Match or new Casual Playlist that pits players against each other in a 2v2 showdown. Look out for Hoops and its exclusive Arena, “Dunk House,” soon!

Dunk House is not the only arena you need to look out for, inspired by the Supersonic Acrobatic Rocket-Powered Battle-Cars map, Cosmic Arena is also one of the new additions coming your way on all platforms.

Moving on, the developers say that with the Rocket League April Update thy will fix “physics of the ball behaving in unusual ways” by adding some more direction to it as well as some added bounce.

Then there will also be a Replay Quick-Saving feature that will allow you to quick save the game on the go with the new Save Replay hot-key. Alongside this, you will also be able to name and rename your replays to organize them better.

Psyonix says that the Rocket League April Update will be released soon.