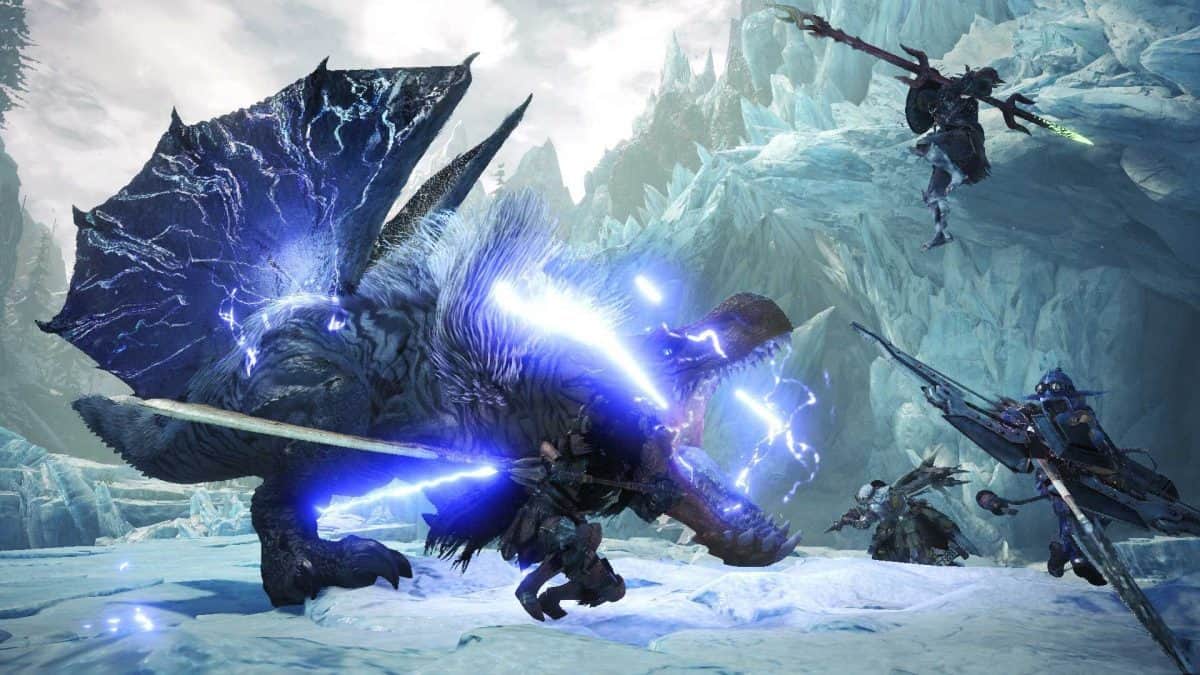 The amazing world of MHW has a lot of monsters and what says killing an epic monster more than collecting the loot from your kill. So in the new Iceborne expansion, we get exactly that, new monsters, new weapons to kill them with, armor and charms, and brand new loot. And with it comes the Tempered Crownhorn, a master level crafting material that you need to upgrade your endgame weapons, charms and other equipment with.

The Tempered Crownhorn can only be found in The Guiding Lands. However, another problem that presents itself is this; there is only one monster in the entire game that drops this loot, other methods of getting this are if they are quest rewards.

That monster is a Velkhana, more precisely you can farm Tempered Crownhorn by fighting and killing a Tempered Velkhana, if you defeat these monsters then you will get Tempered Crownhorn in form of shiny drops that fall off of monsters when you fight them, and through the quest rewards if you report back to your handler.

Equip one level of the Geologist Skill on your hunter, contradictory to its ability description “lets you gather from bonepiles more often than usual”, intentionally or because of a bug, the Geologist skill also produces double the shiny drops in the Guiding Lands.

You need to slam creatures into stones, walls, and boulders, etc. to shake off that candy. Any easy way to perform slam maneuvers is to use your Clutch Claw to latch onto the tempered Velkhana’s face, make sure you have a glob of Slinger ammo on hand to fire. Next, aim the monster in whatever direction you want by pressing Circle or B.

You can usually do this a total of three times if they aren’t enraged. If you fail or do the maneuver three times the monster enters an enraged state, and you won’t be able to slam them again until they calm down. Monsters also drop items whenever you break their parts,which include things like horns, wings, and claws. Although severing the tail can also net you a different, even rarer material: the Great Spiritvein Gem.

The Tempered Velkhana will only show itself if you raise any Guiding Lands region to Level 7, which is easy enough, just grind a bit in the area of your choice, get yourself some Velkhana bait, obtained from monster drops. Once you have met these requirements, go to the handler and chose to lure out your target. And if you don’t feel up to the task log in and out of the Guiding Lands repeatedly to reset the monsters there. You might get lucky!