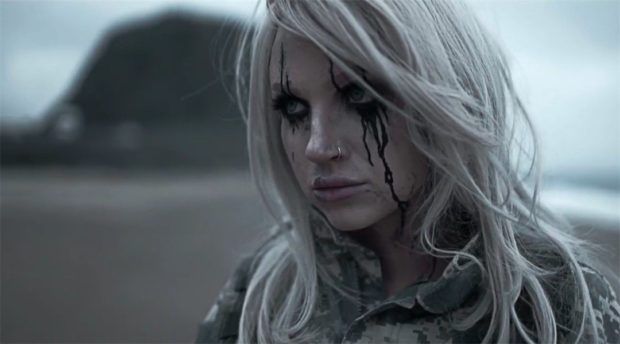 Now this tells us that Ghost of Tsushima and Death Stranding are not that far away from their release date. We are expecting these both to drop in 2019 before Sony releases their next-gen PS5 console.

There’s very little that we know of Death Stranding so seeing it’s gameplay will be easily the best thing at TGA 2018. The Game Awards 2018 will be filled with big personalities from the gaming world including Hideo Kojima who’s working on Death Stranding.

Another hint of a Death Stranding trailer comes from the audio director of Death Stranding. Ludvig Forssell, audio director and composer at Kojima Productions recently shared through Twitter that the famous film director of Tetsuo: The Iron Man took a look at the trailer he’s been working on. The film director then shortly responded to his Tweet by saying that Kojima’s upcoming new work is “really exciting”.

So we are expecting to see this trailer in progress at TGA 2018 along with some new gameplay. Kojima also happens to have a very good relationship with TGA host, Geoff Keighley.

Ghost of Tsushima takes a big leap from other Sucker Punch games whether it’s in terms of gameplay or the original story. The game is based on feudal Japan. Death Stranding and Ghost of Tsushima will be fighting for a top spot after massive hit games like God Of War and Spiderman so quality won’t be an issue at all.

Creative director of Ghost of Tsushima, Nate Fox recently talked about the pressure of making a quality Sony exclusive. He referred to it as the “good pressure” and explained why he is so excited about the game due it being based on feudal Japan. Nate Fox also said that feudal Japan is very underrated despite being very appealing.

Well, there are a lot of Japanese gamers out there which will enjoy Ghost of Tsushima more than anyone else. Now what’s only left for us to see is Ghost of Tsushima release date at The Game Awards 2018 along with some new gameplay.

The Game Awards 2018 will take place on December 7 and that’s when we will be able to tell you more about these games, so stay tuned.