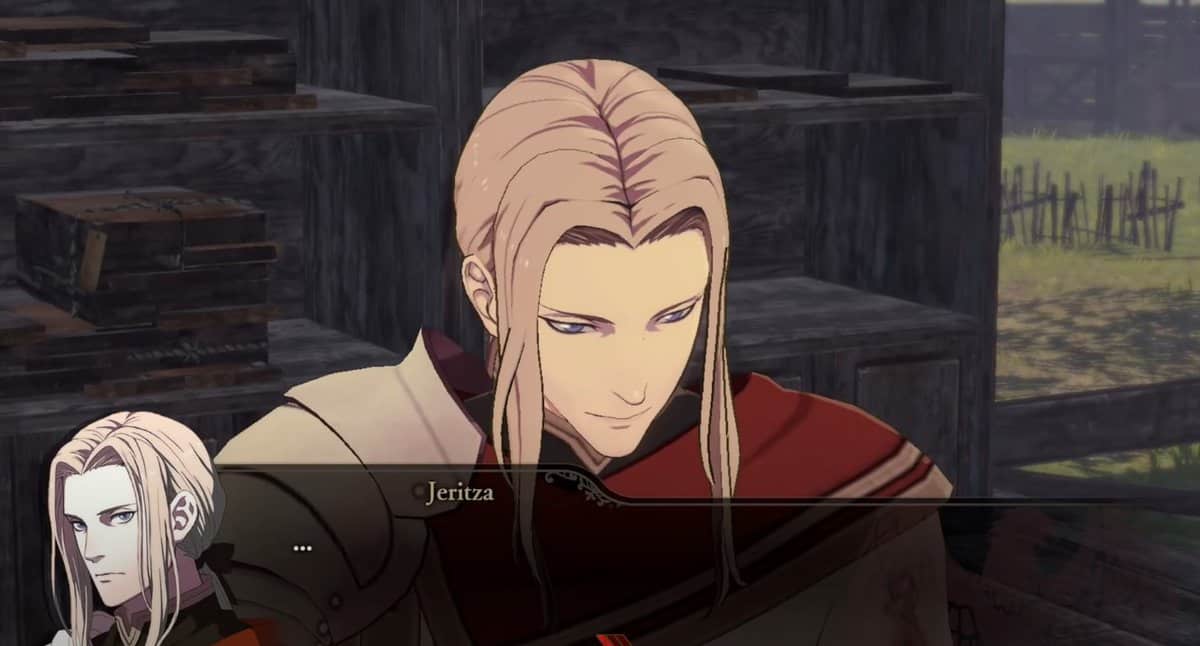 Jeritza is a playable character in Fire Emblem Warriors: Three Hopes who is affiliated with the Church of Seiros and serves as the General of the Adrestian Empire. When it comes to his interests/hobbies, Jeritza enjoys caring for cats and Sword training.

This Fire Emblem Warriors: Three Hopes Jeritza guide will explain everything about Jeritza in FEW: Three Hopes, including how to recruit and put him to the best of the use, Expedition Answers, Combos, Unique Abilities, and the best classes and skills for him.

When it comes to recruiting Jeritza, as with all of the characters in FEW: Three Hopes, the method varies depending on which faction you belong to.

Black Eagles
If you choose the path of Black Eagles (Scarlet Blaze), you can recruit Jeritza from the Chapter 04 – Breach Burgundy Territory of the game.

Blue Lions
If you decide to go the path of Blue Lions (Azure Gleam), Jeritza will become available to be recruited in Chapter 13 – Showdown at Ailell of the game.

The best class for Jeritza is Cavalier. Cavalier is a mounted and lance-wielding class with unparalleled mobility. This class excels at dealing with other mounted units and is effective against sword users.

Desperation
Desperation enables strong attacks to break through enemies’ guard. This skill only works when your HP depletes at or below 50%.

Lance Prowess
When employed with a lance, this skill lends the bonus of increased damage output.

Quietus
This ability helps to fill the Unique Ability Gauge and significantly increases the damage output. When the gauge fills up, press Joy-Con-ZR to attack and defeat non-commander enemies instantly.

Obliteration
This ability helps to increase the damage output by 30%.

Here are the combos for the Cavalier class that absolutely rock with Jeritza.

Jeritza possesses incredible offensive power and is one of the quickest Cavalier characters in FEW: Three Hopes. Cashing in on these perks you can traverse the map in quick succession and dispatch enemies with the offensive power along the way.