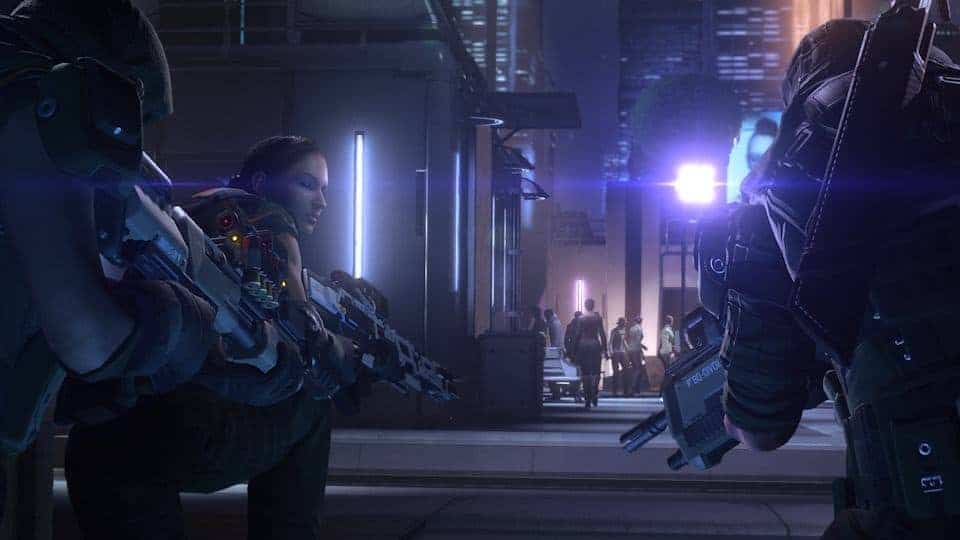 Research in XCOM 2 is similar to how it was in XCOM: Enemy Unknown.

Most veterans of the series will understand that wasting time on irrelevant researches or rushing main mission related researches can be a dangerous task, and can often lead to your downfall as you lag behind the game’s progression.

It is extremely important to understand the path you want to follow in researching. This can be a tricky task for players new to the series, as often the game can be highly misleading in its suggestion of which researches are the most important.

Certain researches take a very long time, while others are done either instantly or within a few days. An extremely important factor in the speed of your Research is the number of scientists you have available.

Scientists are acquired through various means, though doing missions is the primary way. The more the scientists, the faster the researcher.

Even when you have a number of scientists though, you’ll need to be highly considerate in choosing your researches.

The game will recommend researches that progress the story, and while it’s tempting to rush the story, it is extremely important to carry out other researches as well. The non-story based researches determine your on-field performance during missions.

It is important that you conduct at least one or two non-priority (story-based) researches before conducting a story one. This will allow you to acquire new weapons, facilities, and items, as well as progress the story at a steady but acceptable pace.

In simple words: gear up before deciding to take a step forward.

Alien Autopsies
These researches are usually short, take a few days, and can give a wide variety of benefits. Some will grant weapons; others will yield items. Reading the description of each research should give you a good idea about what it yields.

Weapon & Armor Researches
Usually extremely slow, Weapon and Armor researches can seem risky because of how long they take.

However, they are an incredible investment, and make missions significantly easier. The game’s difficult increases immensely if you continue to ignoring weapon and armor researches.

Misc Researches
The remaining story-based researches like Alien Biotech come in this category. They can give a number of benefits. Some are absolutely necessary in order to progress. Such researches have a varying degree of time period.

It is up to you to choose a path, and it is important to choose one early. Going forward without planning can be dangerous – you could be random in selecting researches, which wouldn’t take you anywhere on the long run.

Here are a few research paths that you should consider in the game:

This is an extremely aggressive type of research path that can consume a lot of type. However, its yields are absolutely worth the time and investment.

The rewards of this path are most visible during missions. Your soldiers will be better equipped, and the game will stay fairly manageable when combined with good tacks. You’ll have powerful weapons and excellent protection, giving you massive advantage.

This research type is recommended for players who are familiar with the series, as essential time manage and balancing of researches is required. If you want to follow this path, you’ll need plenty of scientists, as almost all the weapon and armor researches are highly time consuming.

You will need to start your weapon and armor researches very early in the game to get the best results from this. This will definitely slow your overall progress down initially, but once you have made significant progress (especially with weapons), you’ll be able to increase the pace.

Just keep an eye on the ADVENT counter though. It’s important to research certain facilities with this path. Proving Grounds and Guerilla Tactics School are particularly essential to get the best out of this research path.

This type of research path unlocks the 5th ‘special’ class in the game, the Psionics class. It certainly has its benefits, but it is not a research path that can be sustained by itself.

Ultimately you will need to invest in at least preliminary weapons and armor research alongside the Psionics related researches to get the most out of this path.

Psionics Soldiers themselves are absolute wild-cards, as you cannot build them in any way you like. You must choose one of three Psionics abilities every time they earn a promotion, and the three that are offered are picked randomly from a pool of abilities.

Nevertheless, the Psionics Path is a fairly safe path, and ideal for beginners to allow them to explore the game. Veterans can also take benefits from the mind-control abilities of the Psionics, though hardcore XCOM players would generally prefer pure firepower over all the psychic stuff.

This type of path is a little mixed, and is ideal for folks new to the game. It will allow you to enhance the performance of your soldiers without needing to resort to slowing the game down excessively during the start of your campaign.

The benefits of this type of path are indirect. You will likely research weapons and armor later on, but it is highly likely that your soldiers are promoted faster and heal faster, which means you’ll be gaining an indirect advantage both on and off the field.

The main concern with this type of path is that it will cost similar time and resources to Weapons & Armor, but will yield lesser results. The only difference is that it may allow your soldiers to promote faster with the use of the perks in the Guerilla Tactics School.