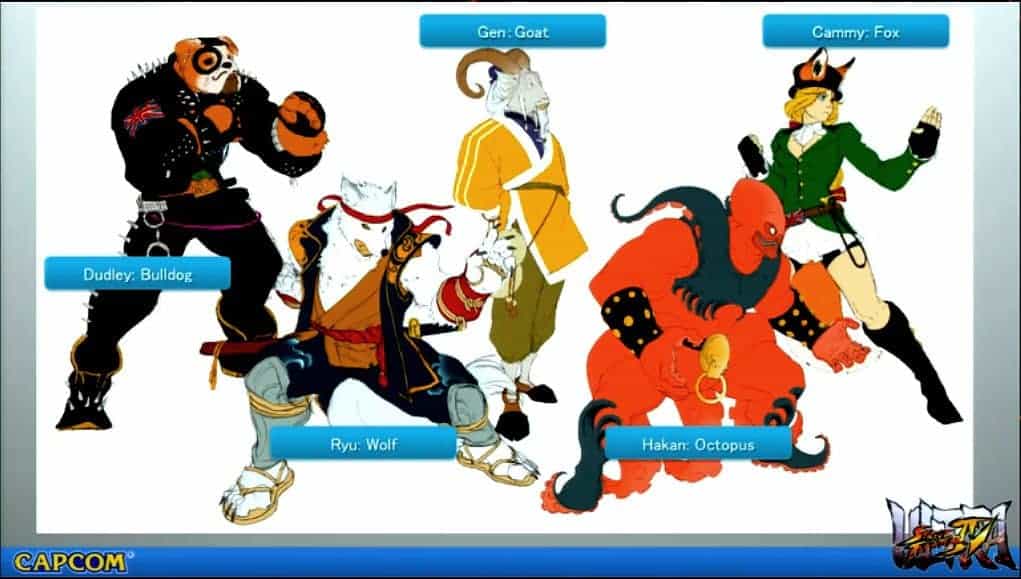 Character customization is something that is pretty common in video games. We take our favorite characters and change their appearance and costumes based on our priorities. So often, different DLC packs are made available containing items which can be used to customize these characters.

However, the newly announced DLC for Ultra Street Fighter IV known as Wild Outfits, is going to take customization to a whole new level.

Not exactly customization but a complete overhaul, Wild Outfits DLC is going take your favorite Street Fighter characters and turn them into wild animals, literally.

Announced during GameStart, Singapore’s first gaming convention in five years, Capcom revealed the DLC featuring costumes for some of the characters in Ultra Street Fighter IV.

The well mannered yet brutal and lethal english boxer named Dudley, is going to take the shape of a Bull Dog while Cammy White also known as Killer Bee is going to be a fox in the game.

There are three other characters getting a wild new look including Ryu (wolf), Gen (goat) and Hakan (octopus).

It is not yet clear if more characters will be getting similar costumes or not. Also, the release date and price point is not yet revealed by Capcom but we will hear something in the near future.

So what do you think? Which costume do you like the best? Share your thoughts and opinions with us in the comments below!