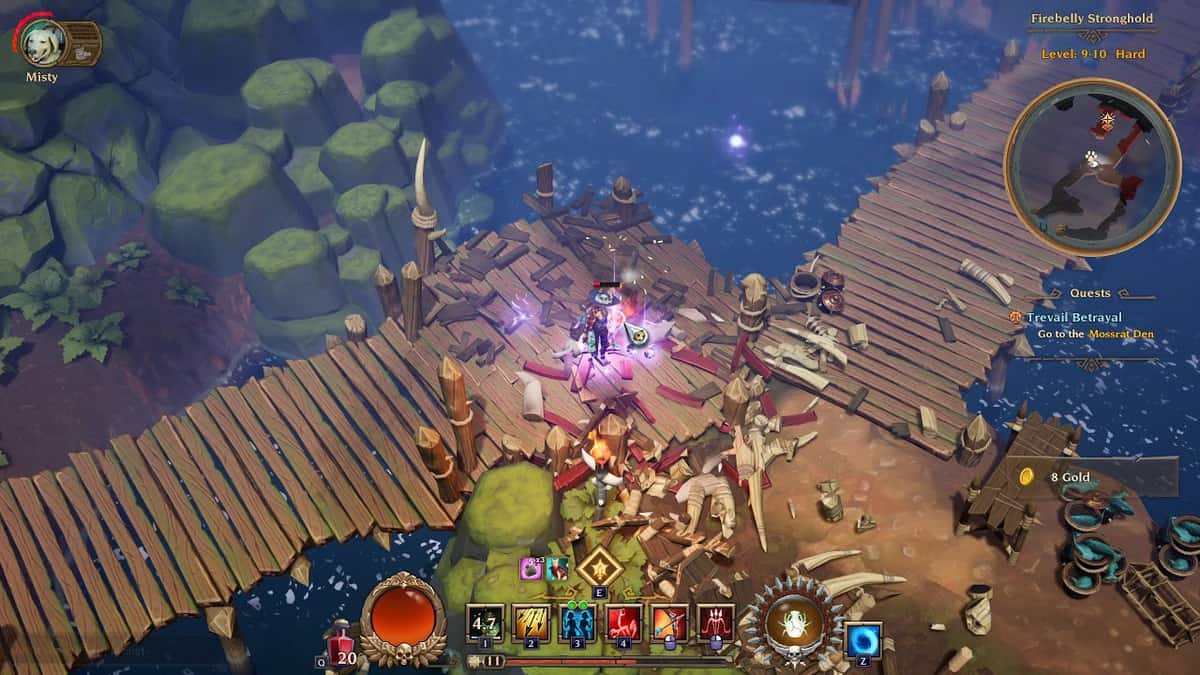 Trevail Betrayal mission takes place on the Well Trodden Path area of Goblin Forest. We have prepared a complete Torchlight 3 Trevail Betrayal Walkthrough to help out with this mission.

To start the Trevail Betrayal quest in Torchlight III, the player needs to go to Trevail Point and talk to General Graye. Now just near the general, the player has to talk to Yapper.

He will agree to help the player in return of a favor and for this, he will supposedly give the player a list of things that they need to do/fetch for him.

Don’t worry about the list, now go to the fast travel point. Assuming the player is the reader, you now have to reach the Firebelly Stronghold and to get there they have to fast travel to “Well Trodden Path”.

Now keep making your way across the map and don’t worry about the enemies, just quickly use your portal ability to cover the distance faster and keep ignoring the enemies you don’t have to fight them.

Just make sure to keep checking your mini-map to see if you are heading towards the quest objective. Be prepared as this could prove to be a bit of a walk.

After you have made your way to the Stronghold you will now have to progress on to The Kennel. Again you can choose to fight or dash past the enemies here, you could fight them if they seem to be blocking your path onwards.

Once inside the Kennel be sure to farm the many barrels and chests, you can still move on ignoring the enemies here.

Be careful that you don’t accumulate a big horde of them following you, as these are close quarter area and you could get boxed in.

Keep going forward until you come across Yapper’s rival, Dogjockey. Defeat him to progress, after he is defeated he will drop a lot of loot, collect Flint & Steel from him.

Make sure to loot any barrels and chests remaining in the area, a pretty huge chest is located right at the exit.

After exiting the Kennel your next objective is to make your way to Mossart Den, again just keep following the pointer on your map to get there.

You have to farm 10 Mossrat Nuggets from the dungeon. Deal with the enemies and the nuggets are lootables they drop, or else you can break breakable items in the dungeon for a chance at a drop of the nuggets.

After collecting the 10 Nuggets your next objective will be to head on over Watcher’s Thicket. Escape back out to Firebelly Stronghold.

Now you can make your way to the Watcher’s Thicket area, the access to which is pretty close to your current position.

After which you will have to make your way to Thorned Ingress to defeat Oakbeard, because you need to collect Sticky Sap from him.

You have now done all you needed to do for Yapper. Now go back to him in Trevail Point.

After talking to him go talk to General Graye, who will then reveal that the ingredients you collected are for a bomb and that she would not let Yapper escape. This will end the Trevail Betrayal quest.