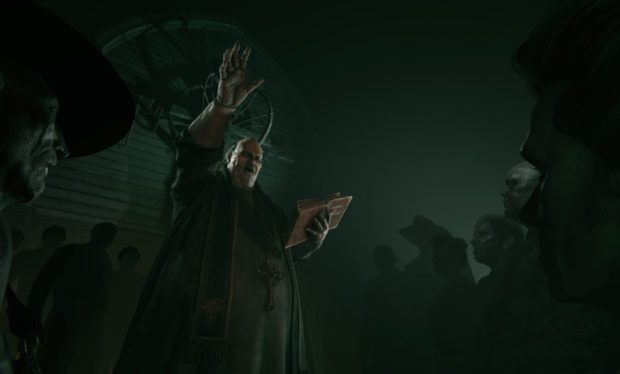 Outlast 2 is more than your average survival horror experience, it is torture, it is stressful, and by the end of it all, it leaves a lasting emotional impact. You sit in awe, wondering what just happened; the things you see, the violence and gore you experience is more than some may be able to handle; which is why we love it!!

If you think Resident Evil 7 is a scary messed up game, you have seen nothing yet. Outlast 2 is definitely not for the faint of heart.

The main story revolves around a journalist couple on the hunt for truth regarding the murder of a young, pregnant woman. While doing a report on the story their helicopter crashed in the Sunpai region of Arizona, thus, beginning the tale of horror.

You play as Blake who is looking for his wife Lynn after the Helicopter crash but during your search for Lynn you will come across a murderous religious cult ran by an insane man, who declared himself the prophet. There is a two-dimensional narrative here, you will only unravel present events but there are flashbacks to Blake’s time in the catholic school that holds its own mystery.

There is not much here in terms of gameplay but developers use subtle ways to keep you on the edge of your seat. Compared to the previous game, your camera has received an uplift and batteries are very difficult to find. Moreover, even reviewing documents, notes, and footage will not break immersion. Everything is happening in real-time so you can end up being attacked while you are busy reviewing documents.

In the previous game, you had the safety of the pause menu while checking out the document which broke immersion and gave you some breathing room. Outlast 2 strips you of that luxury. What adds another layer of horror is the fact that you need to record a document for a certain amount of time before you get the complete note; a small but subtle gameplay element that makes you think where you are and is it safe to record.

Not everything is going against you; this time you get a directional microphone in your camera which helps understand your surrounding and often it help you know if someone if around you, or waiting to jump out from the corner. Even with this highly useful tool, you will be completely helpless which is the point of this genre, the game wants you to be a helpless protagonist. It often ends up reminding you of some of the great horror films; The Shining for example. You aren’t engaging the enemy, you are running, hiding, and trying to survive. The plot is somewhat similar to Resident Evil 7, both games featured lead characters who are looking for their wives. But why? Just run away mate! This is your chance to me happy, be single, have fun.

What put you off a little bit is that you don’t know much about your enemies. Unlike Resident Evil 7 where you start to understand who is your enemy and his/her backstory, Outlast 2 won’t give a meaningful explanation and backstory for a certain enemy until after you move on to the next one. But the silver lining is that when the game starts to offer backstories via documents etc, you start to understand their personality and behavior. But be careful, some of the details might just be too much for even the most hardcore horror fans to handle. 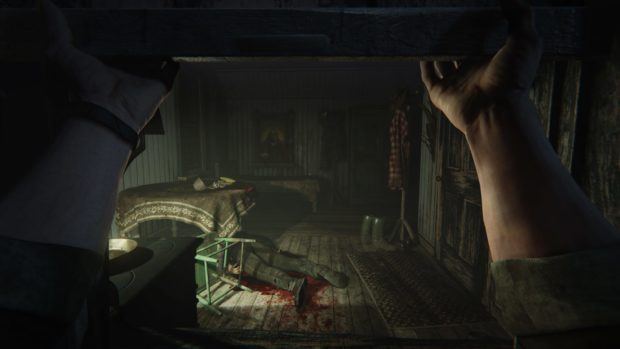 The enemies in Outlast 2 are forgettable; while they are scary, their lack of personality compared to the likes of  Eddie Gluskin, Doctor Trager , and Chris Walker from Outlast makes them pretty forgettable. In the end, you will remember them just as a bunch of nameless hillbillies who chased you with machetes.

The open-map gives way to a new level of horror as you don’t know when and where you may end up being attacked. However, just when you start getting used to the open-ended map the game becomes claustrophobic in the later sections.

The graphical detail is simply amazing for an indie game. Some of its animations should put Andromeda and EA to shame for sure. Outlast 2 is an astonishing game and for those who love survival horror it is a must have. However, I would say it again, some of its story details and character back stories go too far which may be hard to digest for our casual horror fan.

Be sure to keep an extra pair of pants around while playing.