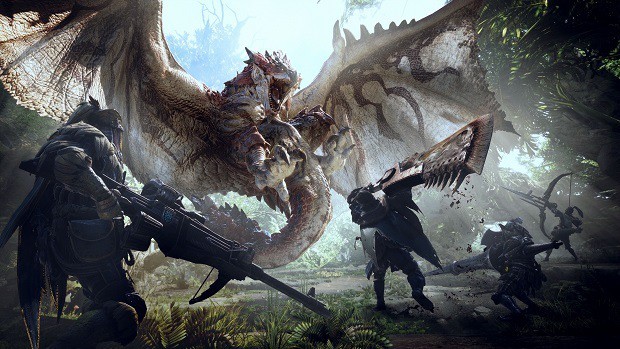 While you are busy killing different monsters in the game, consider mounting some of them as well! It may seem incredibly fun and it is but it is perhaps one of the most difficult things to master in the entire game. This Monster Hunter World Mounts Guide will tell you precisely how to perfect the technique of mounting the creatures that you hunt and how to use them to attack other monsters in the game.

First of all, we will explain what exactly is mounting. We will also delve into the reasons as to why you should try to mount monsters and the advantages of mounting them.

After that, we will tell you precisely how to mount the beasts. Mounting is not that much of a complex process in Monster Hunter World but it does require quite a lot of precision and practice if you want to perfect this art.

We will also take a look at how you can use the monsters in battle, as mounted creatures offer you a plethora of advantages that will make your playthrough of the game much more interesting.

What is Mounting and How Can You Mount

Mounting is exactly what the word means. You will probably have used mounts in many RPGs before MHW. Mounting allows you to grab your quarry and attack with it. These attacks will deal much more damage than your normal attacks and allow you to end fights much more quickly and easily.

Mounting should be used when trying to deal with monsters that are extremely powerful. In Colossi fights, it is almost compulsory for you to mount if you wish to end the fight!

To mount a monster, you need to grab a hold of something. Some creatures have multiple mounting points while others only have one or two. In order to mount a monster, the process is similar to the previous games in the series.

First of all, get behind and above the monster. This can be done by grabbing onto some ledge or a small cliff. Then jump onto the monster and attack it. If the attack is considered a mounting attack, you will be in control of the beast.

If the process fails, you will have to repeat it all over again! This mechanic may not seem as important or as difficult but just give it a try to find out how frustrating mounting can be. Different monsters have a different resistance to your mounting attack, therefore, do not worry if you feel like you did a perfect job and still are unable to mount a beast.

Attacking While Mounting and Mounts Locations

Do not worry! The hard part is over at this point. If you managed to get onto a creature and have fully mounted it, you can start having fun. Mounting is important because it makes the process of damaging creatures so much easier. Once you are on the creature, it is time to mash your buttons and keep on attacking it for as long as you possibly can.

Beware though, as the monster may try to push you off by smacking you against a surface, which can be anything from a wall to the ground, a tree, or a ledge.

In order to avoid this, watch out for any collision surfaces and move on to a different part of the beast to avoid falling off. Lastly, keep an eye on your Stamina Bar as you will fall off the creature once it empties.