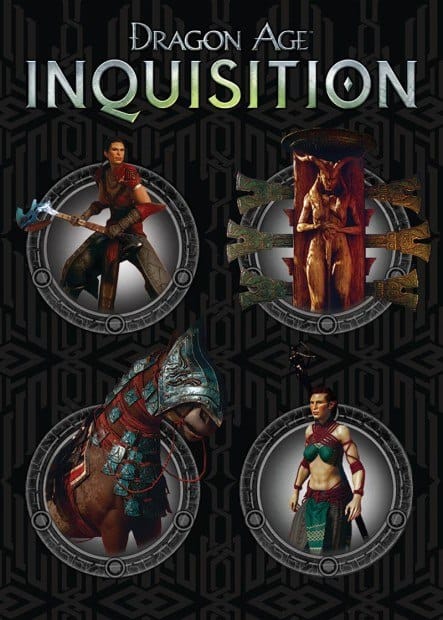 Fans of the Iron Bull in Dragon Age: Inquisition will be happy with the release of the latest slice of downloadable content, Spoils of the Qunari. Themed on the “People of the Qun” this update is sure to make the Bull pleased.

The new downloadable content provides new armour, decorations, and “more” all based on the Qunari style. This includes new statues that can be placed within Skyhold, and a massive throne, which befits the powerful race. Also available is the the Arishok’s armor set, and a war mount. Interestingly enough the images shown on the announcement reveal that these items are not just for the Iron Bull but for other members of the party too.

As usual, crafting schematics are also provided the creation of powerful Qun weaponry. I’m sure the Iron Bull will be proud of these weapons, he may even comment on them in the game.

With the Iron Bull being one of my favourite my party member in Inquisition I do admit to liking this update. As one of the most popular characters in the game his use of force and his warmongering character style often makes him to centre stage for a lot of the battles in the game.

These updates are the fifth piece of downloadable content for Dragon Age: Inquisition and is available for Playstation 4, Xbox One, and PC. The previous generation consoles will not be getting this update.

Is the Iron Bull one of your favourite Dragon Age: Inquisition characters? Let us know your thoughts on the new DLC below.