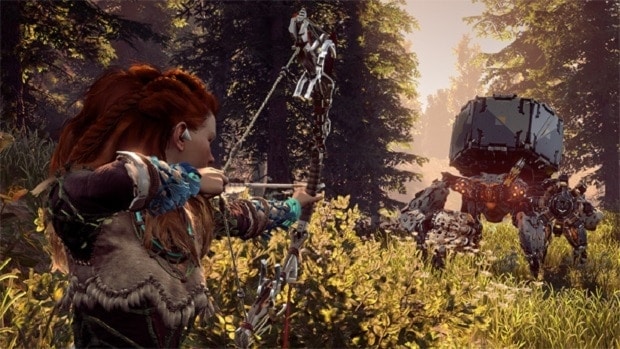 Horizon Zero dawn sold 2.6 million copies in its first two weeks of launch and became the best selling first party IP for the PS4. Now Guerrilla Games is not going to stop there as the studio is already working on an expansion for the game.

Guerrilla Games has confirmed that it is working on an expansion for the game but did not reveal any further details.

Sony has already stated that it wants Horizon Zero Dawn protagonist, Aloy, to be the next PlayStation icon and given the success of the game it seems very likely. However, Guerrilla Games have different plans as the studio has revealed that the sequel to the game might feature another protagonist.

According to Guerrilla Games’ senior producer Angela Gillespie there are other characters in the game that can potentially take the lead role in Horizon Zero Dawn Sequel.

I think Aloy will always be a part of Horizon: Zero Dawn, but as you might have seen, there is a big number of characters and tribes in the game, and we have a rich history,” Gillespie told us.

We spent years developing these tribes, so there is a possibility for other characters in the future, but Aloy will always remain in Horizon: Zero Dawn.