Expectations From the Upcoming Official Xbox One Mouse and Keyboard Support 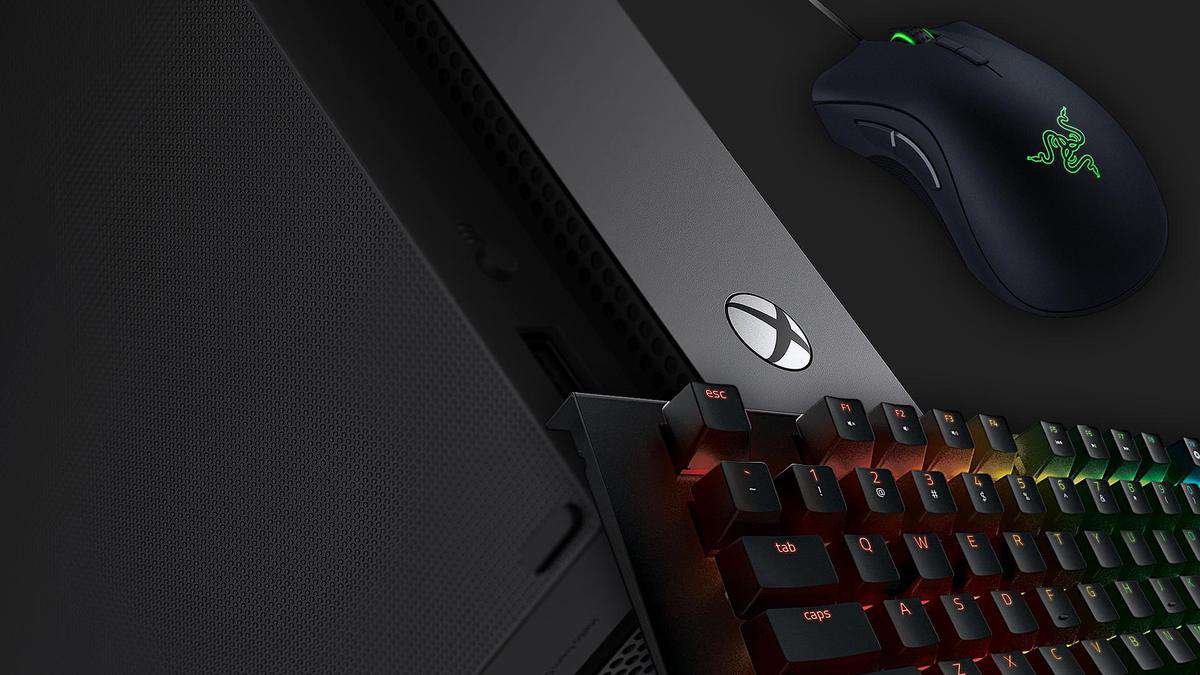 The current generation, similar to the previous one, has regularly discussed the pros and cons to having native mouse and keyboard support for consoles. Microsoft in particular has been teasing the feature for a few years now and if the word on the street is accurate, the Xbox One could become the first console to break that barrier later this year.

According to a report from The Verge last month, Microsoft has already partnered with Razer to bring about a new lineup of peripherals specifically for the console in question. These are said to be releasing sometime this fall alongside a software update that will add official mouse and keyboard support to the Xbox One.

It should be noted that the ability to connect peripherals, besides the standard controllers, has existed on consoles for a long time through unofficial third-party gadgets. These are designed to fool the system into believing that the connected peripherals are actually controllers.

You may think that an already available feature becoming native will not change the current gaming environment on the console. That is not true.

There are going to be a few challenges faced by Microsoft, as well as developers, once the update goes through. It will directly impact the multiplayer experience, particularly for the esports and competitive crowd, for better or worse.

Here is what to expect when mouse and keyboard support finally becomes official on the Xbox One.

The problem with spoofing hardware is that they are not guaranteed to work with every game. Your desired mouse and keyboard support may work flawlessly with some games, while they may not with others. In some cases, the player may also be required to tweak the software before gaining sufficient control.

The specific support becoming native and official on the Xbox One means that these problems are going to go away. Players will not have to worry about their peripherals gaining dust just because a particular game is being cagey.

It will also open up options on the same note, allowing players to choose their weapon of choice for each game.

Microsoft has always had the resources to block access to third-party devices and force console players to rely solely on controllers. However, it has never done so. When it does make mouse and keyboard support native in the coming months, a question rises as to whether the company will finally ban spoofing attempts.

Since Microsoft has never cared for in the past, it is likely not going to do so in the future. The third-party devices are still going to function as they are right now but their popularity is going to dwindle really fast.

There is no point in sticking with unofficial means that come with headaches when there is official support out there for free. That is similar to pirating games when they are being given away for free.

The only thing that players will have to decide between is purchasing the overly expensive gaming peripherals or continuing with cheaper brands.

There is a significant reason why Microsoft has taken this long to come clean about giving native mouse and keyboard support on the Xbox One.

The undeniable fact is that the particular peripheral-combo offers a considerable advantage over players using controllers with their additional accuracy and precision. This makes the battlefield a bit unfair, which is why many have been calling out Microsoft to ban third-party devices in the past.

However, since native support is around the corner, players will no longer have a reason to continue ranting about their opponents using desktop peripherals on a console. They are completely free to join the club.

This will only lead to more toxicity in online lobbies. Hence, it is completely possible that there will be separate servers for each case.

It is important to clarify that Microsoft is only adding native mouse and keyboard support on the Xbox One. The software giant is not going to enforce it on the community without a substantial reason.

This is where the developers come in. They will have the final say in the matter. If they feel that their games should only be played with controllers, they will have the option to prohibit mice and keyboards. This restriction may even extend over to third-party spoofing hardware if there is enough demand from the developers.

Microsoft will have to play ball here since the support it is bringing out is basically offering more control to developers over how their games need to be played.

In contrast to Sony being a hard nut to crack, Microsoft has always shown considerable interest in bridging the player-bases of the Xbox One and PC.

Once mouse and keyboard support goes native later this year, it will only push publishers and developers to unite the two communities. There were previous concerns about first-person shooters giving more advantage to mice and keyboards but that argument will cease to exist very soon.

Who knows, maybe officials will take advantage of this opportunity and update their older games to allow cross-play as well.

There are a few genres like real-time strategy and multiplayer online battle arena that have always kept their distance from consoles. The main issue being the controls that require more than a dozen inputs, maybe even more. They also require quick, smooth, and precise selection in the midst of battle.

These games are tailored made for a mouse and keyboard, which is why they have seldom been released on consoles without major adjustments. However, with the upcoming native mouse and keyboard support on the Xbox One, an entire new horizon is going to open up for the community.

Imagine Riot Games porting League of Legends, Valve doing the same for Dota 2, ArenaNet bringing over Guild Wars 2, Blizzard pushing World of Warcraft and Starcraft II, Ensemble Studios heating up Age of Empires, Creative Assembly with Total War; there is so much that could be launched on the Xbox One.