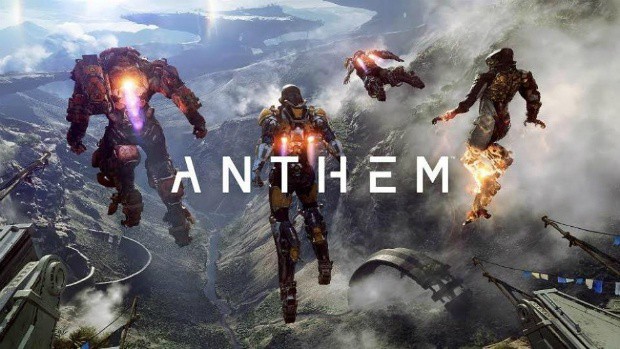 With the huge backlash over EA’s microtransaction model in Star Wars Battlefront 2, Michael Pachter, an analyst with Wedbush Securities, has said that EA will hopefully not put its foot in its mouth with Anthem microtransactions when that game comes out. However, this is EA we’re talking about, so who knows?

Anthem is a game that was recently announced at E3 2017, with EA promising a Destiny-like open world where players known as Freelancers get inside powered armor suits known as Javelins to take on adventures and enemies outside the last city of humanity. Anthem microtransactions would likely be focused on more Javelins, weapons, and possible powerups.

Ever since the huge backlash that greeted Star Wars Battlefront 2 on its release, EA has backed off of various microtransaction plans, including those for Anthem. EA executives are currently “reconsidering monetization plans“, according to insiders, so it’s likely that the enormous backlash (not to mention Battlefront 2’s disappointing sales due to that backlash) have at least hammered the message in.

While Anthem looks like a cool game with a lot of promise, that won’t matter to a lot of gamers if they’re expected to pay through the nose to get to what many think of as essential gameplay mechanics, such as having to buy heroes like Darth Vader and Rey in Battlefront 2.

If Anthem microtransactions are like Overwatch’s, then it will likely be much more reasonable. Microtransactions in Overwatch are exclusively cosmetic, with players being able to get skins, poses, sprays, and more in all of their lootboxes.

With players being on the lookout for any more attempts by EA to shove microtransactions in our faces, the company will have to step very carefully for the foreseeable future.

A cosmetics-only microtransaction route is likely the best way for any company to go when they want to insert in-game purchases into their games, especially since another big complaint about Battlefront 2 is its lack of customization, which EA had also given a weak excuse for.