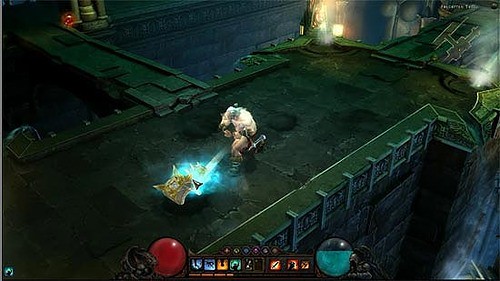 The Barbarian makes a return in Diablo 3, and like always is massive, still has the ability to shout, and can chop through enemies with various devastating skills provided you follow these Diablo 3 Season 19 Barbarian Builds.

Note:
I highly recommend that you refer to our essential Character Development Basics guide before reading this guide for familiarization with various terminologies and concepts.

#1 Leveling Build
For the leveling build which you start off with we recommend the following set of active and passive skills! This would surely let you feel the domination Barbarian is capable of, over the enemies. The Active skills should be as:

Passive skills in this build could consist of Ruthless, Supersition, Ramage and Nerve of Steel. Even though this is for leveling and early game progression, you should work with other skills too as they unlock! Experimentation is strongly encouraged to have you get familiar with your class!

Build#2 Wrath of Wastes
In season 19 you can find this build in Haedrig’s gift! This build is a starter build for fresh level 70. Lets look into first the Starter build and then the end game build

For the starter build the skill set should include the active skills of Rend(Lacerate), Whirlwind(Wind Shear), Battle rage(Bloodshed), Sprint(Marathon), War cry(Impunity), Wrath of Berserker(Insanity). And the passive skill set could be Ruthless, Unforgiving, Weapon  master and Animosity!

The end game build though ensuring a even more stronger play style consists of the following sets of skills which enable the Barbarian to use his Synergistic weapon set, the agile and the Bul-Katho’s Oath! These together levels up the power!

#3 Immortal King’s Call
Those who have access to Immortal King’s call set can have the leveling build if they wish to experience more diverse playstyle. Also this is a fresh build only with no end build available. The skill sets for this build are:

#4 Barbarian Might of Earth
Yet again another starter leveling build available to those having access to Might of earth set! This build is restricted to starter build only aswell. To have this build successfully one must use the following skill set

Passive Skills: Rampage, Ruthless, Earthen Might and Boon of Bul-Kathos!