Dawn of War 3 Review, A Successful Merger of MOBA and RTS 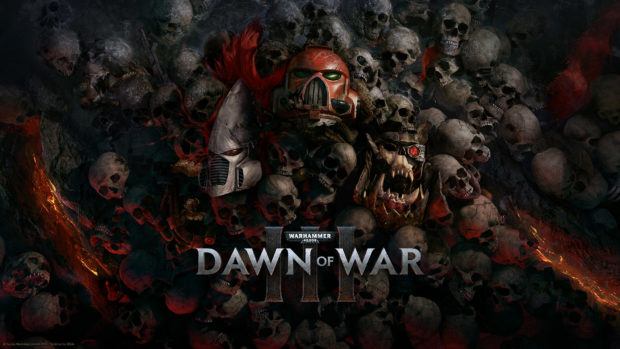 Dawn of War 3 tries to be everything its predecessors were and were not at the same time. There is a saying that it is “impossible to please everyone” but to some extent, Dawn of War actually succeeds. Massive armies and base building are back, we have heroic units with special abilities, so those who fell in love with Warhammer series in the first two games will feel right at home. Meanwhile, those new to the series might feel a little overwhelmed.

The first game was a traditional RTS with base building and amassing huge armies to take down your enemies. The second game was slightly different as it focused on on powerful heroes leading a smaller group, giving a more strategy RPG feel. Both types have its own fanbase and with the third title, the developers are trying to merge these two sets of fans.

Relic is reinventing the franchise with Dawn of War 3; Adding base-building and resource gathering through controllable points, however, the armies units are smaller and commanded by elite heroes like Dawn of War 2. Players of Company of Heroes and Warcraft 3 would find this one familiar.

The armored space fascists, Orks, and Eldar are sharing the spotlight in both single-player campaign and multiplayer mode. In these factions, Relic has truly shown their skillful colors. The emperor’s elite are bullies on the battlefield using all types of different melee weapons. Their special ability allows them to queue up drop pods, dropping Space Marines right on top of the enemies. Space Marines are the most straightforward faction. They collect resources to build new structures and upgrade at the base.

Orks, on the other hand, are slower yet more aggressive compared to other factions. In terms of composition, they are also the most flexible. Orks use fortified bases that are upgraded by Waaagh towers. The towers are also able to drop Scrap at a set interval which allows you to buff your units and gain new abilities, compared to Space Marines requiring a specialized Machine Cult building.

Scraps are found on the battlefield by taking down mechanized units; it allows the Orks to have a mid-field push advantage, some elites are also able to store more or summon Scrap. 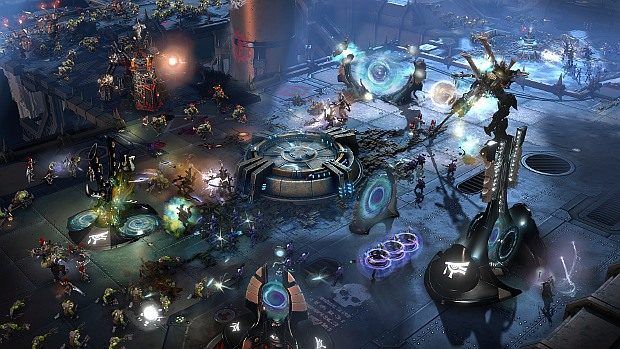 While Orks are slow and aggressive, Elders are the fastest and most subtle faction in the game. They are used to whittle down enemies with hit and run attacks. Elders use shields that need to be taken down before they can take any damage, making them a serious threat on the battlefield.

On top of your basic factions, you have another layer of Elites and Doctrines. Unlike standard action, they do not need to be built or upgraded. Instead, Elites are summoned using the elite points. Elites and Super Elites costing 7-10 points and points aren’t that easy to come by which forces you to think before summoning. You can earn these points by grinding in the match or via Elite node in multiplayer.

This special unit comes with direct attacks, special abilities, and army buffs. Once unlocked, you can choose a set of three elites. It depends on your playstyle, you may need a hero to lead your army or you may need a Super Elite, Imperial Knight to push the enemy back.

Adding depth of the gameplay, their abilities are layered with Doctrines and Army Doctrines. Army Doctrines such as the Eldar’s Webway Holo-field will add stealth capabilities to all units near the Webway Gates. You pick three, one for Elite, and three for the army, allowing you to tailor your units and elites based on what you think you’ll be encountering during the match.

To make your units more effective, Doctrines are available that are passive abilities used add new capabilities to current units. For example, we have “Gabriel Angelos” Doctrine with the Slam Barrier, offering a limited time barrier to the Dreadnought’s abilities. 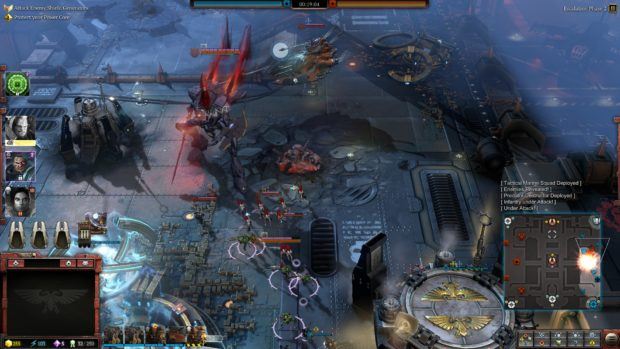 What’s really interesting is that Dawn of War 3’s main campaign works really well with each of three factions and their capabilities. The clear use of MOBA influences adds a bit more aggression to the game compared to its processors. You will have your hands full with switching from production at the base to your Elites to groups of troops. It sounds like a chore but Dawn of War 3 tries to make it as easy as possible with grouping tools, large elite icons and plenty of audio help.

The campaign can off as somewhat generic but it is really easy to ignore and enjoy the game. For the most part, the missions are structured around a few front-loaded objectives, a battle for resources in the middle, culminating the final encounter. The game could have benefited from more challenging mission objectives.

But thankfully, there is enough on offer here that keeps you hooked.

Another weakness that does its best to cripple your experience in the AI. Interestingly, I am not talking about the enemy AI which is fine on higher difficulty levels and plays a probing game. However, it is your own units that sometimes struggle to jump into the new RTS/MOBA feel. The often ignore the ongoing skirmish nearby by as it doesn’t come into the line of sight.

Still, Dawn of War 3 occasionally exceeds expectations and the standard set by the likes of Starcraft 2 in terms of redefining this genre. It is a great game, smooth animations, and works well at release. It has the best particles effects and details to date in any of the previous DoW games.

To sum it up, Dawn of War 3 is the prime example of how a developer should understand its audience. Successfully merging RTS and MOBA into one, giving rise to a new Dawn of War.