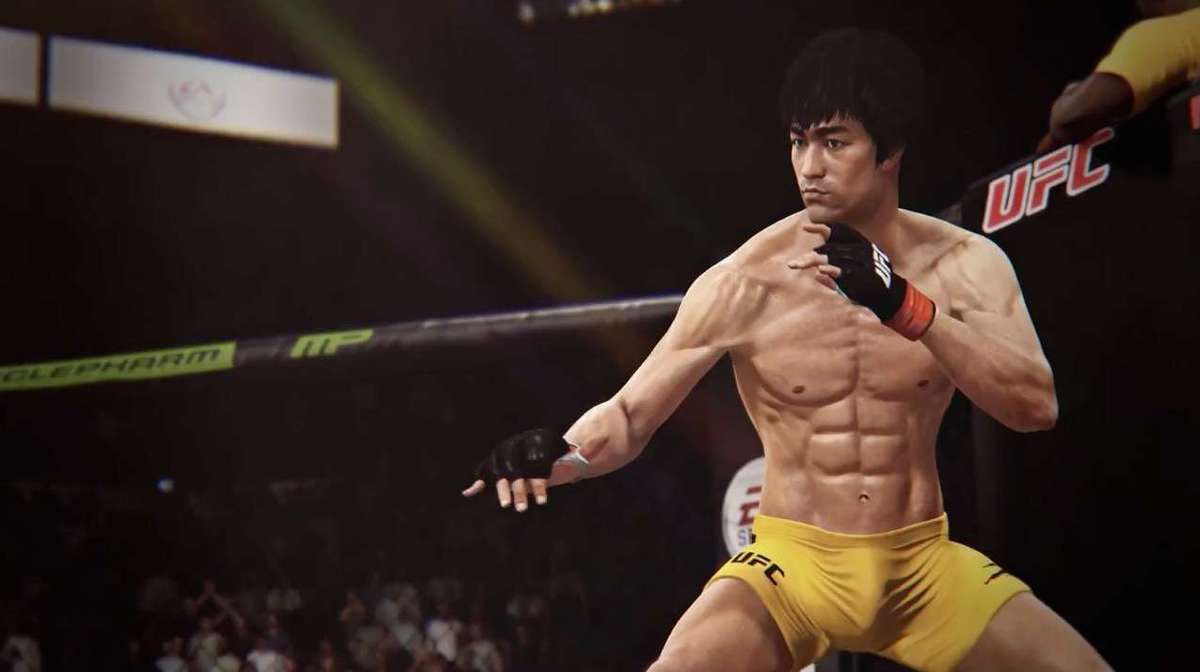 The God martial arts, Bruce Lee is coming to EA Sports UFC 2. He was previously seen kicking people’s jaw’s in EA Sports UFC, the first installment in the franchise.

Players who own the game or are planning to preorder it later on are going to have day-one access to Bruce Lee. Players can use Bruce Lee in Welterweight, Bantamweight, Featherweight, and Lightweight divisions.

With a fan base that spans the globe, we get that everybody wants to be Bruce Lee – and in EA SPORTS UFC 2, you can. With skills and philosophies that have had an invaluable impact on modern mixed martial arts, fans will be able to embody the speed, technique and pure athleticism of one of the most gifted, dangerous and charismatic martial artists in history.

Those who aren’t planning to preorder can use three different ways to unlock this character. The first method is for those who already own the previous game, all they gave to do is get UFC 2 and Boom!! Bruce Lee mode activated.

The second method will require some grinding as you will have to complete the Career Mode for UFC 2. Last but not the least, if you don’t own a copy of UFC, just go and subscribe to EA Access on Xbox One. Download UFC and you’ll be eligible for Bruce Lee in UFC 2.