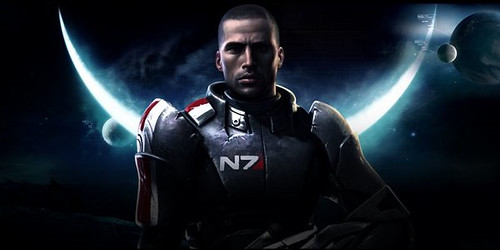 Morality – it’s a big thing in RPGs nowadays, particularly those made by BioWare. Perhaps the first game that truly highlighted the choices of good and bad and their eventual outcome was the original Mass Effect.

This trend has continued on in the series, and if the pattern I’m noticing is correct, then it means that the weight of the moral choices you make is getting heavier as the series moves on.

We believe the trend will be at its peak in Mass Effect 3, where players will face some of the toughest decisions yet in the series, and the outcomes of their moral choices may or may not perish entire races in the galaxy.

For more help on Mass Effect 3, read our Companions, Multiplayer and Equipment Guide.

The Concept of Paragons and Renegades
In Mass Effect, the good or bad choices that you carry out will immediately determine what type of character you are, and can be viewed through a meter in the character development/leveling screen. Depending on the dialogues you choose in conversations or the choices you make, either one of the two aspects (Paragon or Renegade) will go higher.

It has been confirmed that the choices from Mass Effect 1 and 2 along with the Paragon/Renegade rating will carry over to Mass Effect 3 for those who upload their saves from the previous game.

Paragon
Paragon basically indicates how many morally good choices you have made. If you have high enough Paragon points, you can even get the option to open up convincing dialogues in the game, which can have a significant impact on different variables, such as the life/death of a squad-mate or essential NPC, or even the outcome of the ending of the game.

Generally, being a positive, kind and friendly player will increase your Paragon meter. A sufficient amount of the meter (75% in the previous two games) will result in you unlocking an achievement. Apart from that, you will also have lots of positive and morally good additional dialogue options available in conversations through the passive ability Charm.

Being a Paragon has its uses, and generally allows players to play the game in the most positive fashion, as all squad-mates and other essential NPCs will be open in conversation with you, and can share a lot of interesting personal information. Also, high enough Paragon points can have a significant impact on who survives and who doesn’t.

Renegade
Renegade is the total opposite of Paragon; you are mean, ruthless, and practical. Renegade points are mostly gained through cruel or merciless actions, and increase your Renegade meter. Like the Paragon meter, this can have a significant impact on your squad-mate and the lives of many essential characters.

If you have a sufficient Renegade meter, new dialogue options will open up in conversations through the passive ability Intimidate. These options will generally be forceful, rude and at times even hostile. Also, having 75% Renegade meter will unlock a related achievement.

As a Renegade, you will generally rule by fear and force. Therefore your squad-mates will not be open with you, and many characters in Mass Effect 2 will not be loyal even if you have completed their loyalty quest.

Generally, the Renegade choice offers the most negative experience in the game, and through it there are high chances that your squad-mates and other essential players may not make it alive towards the end of the game.

Conversations
Though the game has a lot of action in it, Mass Effect is primarily an RPG, and the main set of choices that are made in it are through conversations. In conversations you have the choice of either selecting negative or positive dialogues (there are also many neutral dialogues which do not affect either your Paragon or Renegade meter).

Each choice you make will augment the story and your character. They will also determine how your squad-mates perceive you. However, the net effect of your dialogue choices is what determines the overall outcome of some of the major decisions, though some carry more weight than others.

Generally, the dialogues on the top right of the conversation wheel are the Paragon choices, whereas the ones on the bottom are Renegade. Neutral ones are usually placed in the middle. However, this may not be the case in every conversation, as in some dialogues it does not matter which option you choose.

When you have sufficient Paragon/Renegade points and have unlocked Charm/Intimidate, you gain additional dialogues indicated in blue/red (blue for Paragon, red for Renegade). These dialogues allow you to have significant work-arounds in situations which would have normally been unavoidable.

For example, in Mass Effect 1, in a conversation with Wrex on Virmire, if you have sufficient Paragon/Renegade points you open these dialogues, and can actually save him. However, if these dialogues are not available, Wrex dies and does not appear in the next two games.

So, make your choices wisely, and be prepared to face the consequences!