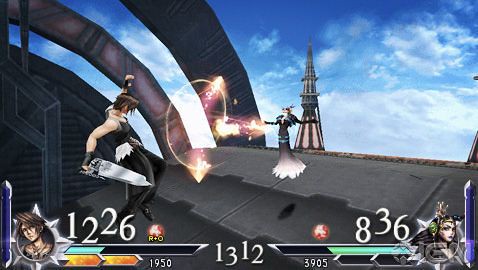 You can employ the same tactic that has worked in Dissidia and use it in Dissidia 012 Duodecim to level up fast. Following methods will try to minimize the time it takes to level up in Dissidia Duodecim 012 Final Fantasy so you don’t have to go through all the grinding.

How To Level Up Fast in Dissidia Duodecim 012 Final Fantasy

So, you always wanted an exploit that would make your life easy and get your favorite character to level up to 100 pretty fast. If you have played the original game you should know there are always to level up fast and avoid tough grinding.

First off, you can transfer your old save games data from any original Dissidia, Duodecim Prologus into Dissidia Duodecim. It will allow you to import some levels in the new game and in turn help you get some Chocobo Colognes. Once you have imported your old data into the new game, it’s time to do some leveling up.

This method focuses on leveling up so you won’t be getting any PP, AP, or items. So, even when you have had leveled up your character, you will need much more than that to fight at higher levels which requires you to do a whole lot in game.

Step 1
You need these items unlock from your PP catalog:

Note. The level cap is very important to gain more experience to level up.

Step 2
You can create custom rules set in Dissidia Duodecim 012. You can do that by modifying certain variables and can also add/block certain items/summons. If it isn’t obvious enough, you can set up these rules to your advantage in game.

To setup custom rules set, go to main menu and select “Data Config” and choose Original Rules (bottom). Now click on any tab on the left and choose edit. In the following menu change these variables:

Note. You can also turn off assists if you find it easier, leave everything else as is.

What we did ? basically we made a low level start off with max bravery as opponent starts off with huge bravery penalty. Raising critical damage gives you a chance to block your opponents attack and counter to win max EXP and EX Cores appear frequently.

Step 3
Start a Quick Battle 1-on-1 and choose any character you wish to level. Pick Exdeath or Gabranth and choose following settings for the fight:

Step 4
Now keep in mind the following pointers in Battle:

Exdeath
Spam Square Attack, especially when he is in small area that makes up the stage. There is only EX Core spawn area so try to camp there. Go into EX mode and spam HP attack from distance. One HP attack and some extra damage from the EX will earn you huge EXP and in turn help leveling up your character.

Gabranth
He can’t kill you unless he gets an EX Core. There is only one EX Core spawn, so you need to camp there. Counter his attacks with an HP attack. In HP attack, go into EX mode. While he hits you, go into EX mode and you will end up in EX revenge slowing everything down.

Whenever you hit your opponents with an HP attack, you will earn huge EXP resulting in several levels up per hit. You can level up approximately in 45 minutes and have all your abilities.