ZombiU Weapons Proficiency Guide – How To Level Up Weapons 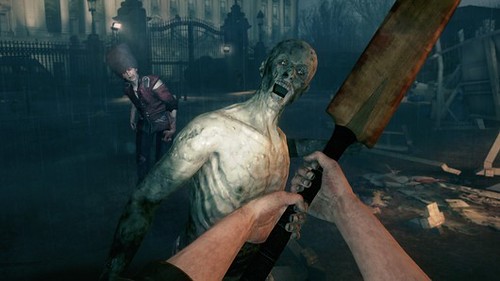 If you have got your hands on the Nintendo’s all new Wii U, it’s least likely that you wouldn’t have included ZombiU in the list of most-wanted games. If you have the game, it’s time to kill some zombies.

Like all other zombie showdowns, the ZombiU allows players different options for survival using various kinds of weapons. These weapons can also be upgraded as you play with them more and more. The upgrades will increase the weapon’s proficiency, and the zombies will be dealt with more effectively.

It should be known to you that using ranged weapons with ammunition will increase your skill faster than the traditional weapon like the bat or the other projectile weapons.

It’s not necessary that you always use a specific weapon to increase its skill level as it’s the type of the weapon that is important rather than the weapon itself. For instance, if you want to improve the proficiency of assault rifles, you should use the assault rifles as much as you can.

For each kill with a specific kill, the stats are recorded and after a certain number of kill, the level is increased. The maximum level you can reach for a weapon is level 4. Any gun you pick up will start from the basic level. For each weapon, you will have to kill different amount of zombies to max out. For instance, for handguns, kill 45 zombies, and you will reach level 4.

Now, the question is how this leveling up of weapons benefit you? Specifically, following improvements are made to the weapons:

Reload Speed
The time of reload is reduced. You may not notice it initially but after level 3, it will be noticeable visually.

Kickback Addition
The recoil for the weapon is reduced every time you level up.

Drawing Speed
The time taken to equip or un-equip a weapon is reduced. It’s really helpful when zombies are everywhere, and you have to switch weapons as you can’t afford to reload in the meanwhile.

Aiming Speed
Your aim accuracy is increased. It means that you zombies will come in your crosshairs faster than normal, which will increase the probability of blind shot hits.