Zen Based 16 Core/32 Thread AMD Ryzen CPU In The Works? 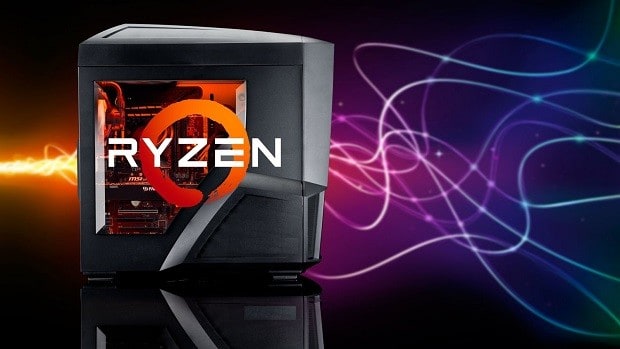 When it comes to AMD Ryzen CPUs, AMD already has the upper hand when it comes to price and core count. We heard that Intel could be introducing a consumer-friendly Skylake-X CPU in order to counter this new emerging threat but AMD could have something in the works already.

Rumors claim that AMD could be working on a 16 core 32 thread AMD Ryzen CPU. We have no official confirmation regarding the matter so you should take this information with a grain of salt.

We recently talked about AMD Naples coming out for the server market but if this CPU is coming for consumers then it will be branded as AMD Ryzen.

According to the report:

Public knowledge by now but AMD has a new HEDT platform coming out in a couple of months.

You’ll see more of it at Computex I believe. It’s a 16 core /32 Thread, quad channel behemoth. And it is insanely quick in the tests that Ryzen is already excelling at. So Cinebench, and all other related productivity programs. The gaming issues that were causing the Ryzen AM4 CPUs to behave erratically to say the least have been ironed out.

There has been no indication of such a CPU being in the works from the roadmaps that we have seen so far. But we also know that Zen is scalable and that there are enthusiast grade CPUs coming out in 2018. So this information is not completely useless.

It is possible that AMD could just add more cores to the already core-competitive AMD Ryzen CPUs and tackle Intel’s counter. If all this is true the next few months should be very interesting indeed.

Let us know what you think about AMD Ryzen and whether or not you think this 16 core 32 thread AMD Ryzen CPU could be coming out.