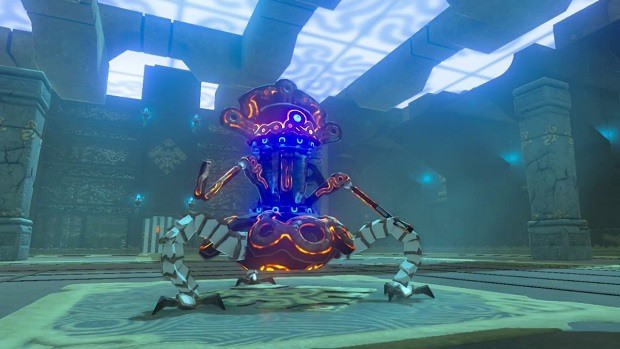 The Legend of Zelda: Breath of the Wild Noya Neha Shrine Guide is here to help you learn everything you need to know about completing the Shrine of Trials and finding the Spirit Orb in the shrine.

The Legend of Zelda: Breath of the Wild Noya Neha

The Noya Neha shrine in the LoZ: BotW is located on the north side of the Quarry Ruins in Central Hyrule. Once there, use a bomb to destroy the rocks blocking the entrance and head inside the shrine.

Once you’re down, you’ll come across a large torch and several smaller torches. In order to unlock the shrine, light the large torch.

This is yet another combat trial instead of typical puzzles usually found inside the shrine. In this shrine, you’re tasked to defeat a Guardian Scout II equipped with a spear with 375 HP.

You basically need to dodge the attacks and charge in whenever you get the chance. At about 50% of its HP, the enemy will back off and start spinning with a laser all around it. At this point, you need to the updraft to glide over it and strike it down.

Once you’ve defeated the Guardian Scout II, open the chest to find a Knight’s Shield and speak with Monk Noya Neha to claim the Spirit Orb.

This is all we’ve on our The Legend of Zelda: Breath of the Wild Noya Neha Guide. If there’s anything else you’d like to add, let us know in the comments section below!