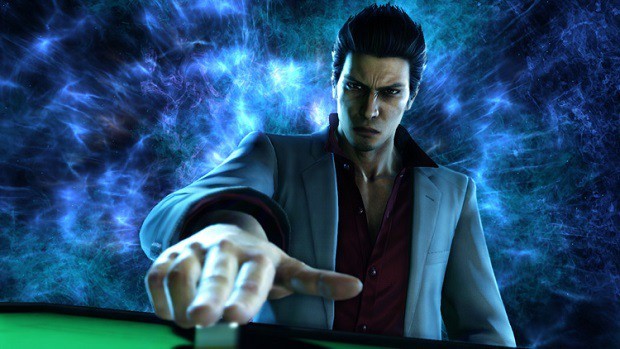 Yakuza 6 Masked, Footsteps, Heihazi, and Conspiracy Walkthrough Guide to help you learn everything you need to know about completing the four aforementioned chapters in Yakuza 6.

Yakuza 6 features one of the most gripping stories that we have ever played. Although the story is based mostly on cutscenes, there are quite a lot of action-filled sequences where you will have to use the will and power of Kiryu, Dragon of Dojima to defeat large groups of Triad Thugs.

Here at SegmentNext, we have a complete walkthrough of Yakuza 6 so that you can easily get help, tips, and tricks about how you can complete the main story of Yakuza 6 and conclude the story of Kiryu.

Below you will find a detailed walkthrough of four chapters of the main story campaign. For more story chapter walkthroughs, check out our Detailed Guides published on the site.

At the start of the chapter, you will have to save a young man from two JUSTIS thugs. Once you have defeated the thugs, watch the cutscene and you will come to know that Sachiko has been taken.

Stock up on items and then speak with Joe when you are ready for the rescue mission. Play through the short tutorial of the Clan Battles. Once the tutorial is over, beat down the JUSTIS leader some more as he refuses to go down.

This time you can beat him up with the help of your new clan members. Once the battle is over, watch the cutscenes and when you get back in control, you will be able to manage your clan. For this, head to Joe in Le Pente and interact with him.

You can also head into town and look for some new recruits for your clan. You can also use some Clan Creator Codes to unlock the powerful leaders quickly.

Now head to Mt. Senkoji Temple and meet Kiyomi there. If you want to, you can complete some extra missions before coming to her. Once you have spoken with Kiyomi, you will have to go to Ropeway Station and reach the temple using the Station.

Going near Kiyomi will trigger a cutscene. Once all cutscenes are over, prepare for a fight and speak with Nagumo to proceed. Once you are inside the hotel, you will encounter a large group of enemy goons. Fight them and take them down one by one.

You will also find some weapons around the area to use for thinning down the enemies quickly. Once the enemies are down, head up. Look in the left room to find a Stamina XX and then head through the door. Check all doors by kicking them.

If you find enemies in these rooms, beat them up. Keep heading up, checking rooms and following the mission marker. Continue this until you reach a tough enemy. Beat him up and go upstairs.

Inside the bath, you will again encounter enemies. Take care of them before continuing with the search. Watch the cutscene and when it ends, chase after Someya. Enter the corridor to find some of Someya’s men.

Take them out and continue chasing after Someya. Continue fighting more thugs as they arrive. Eventually, your squad will arrive allowing you to continue the chase after Someya.

Continue the chase until a cutscene starts and you have to fight Someya. Use objects against him for maximum damage. Keep an eye on his health. Once it is down to half, he will release his aura which will toughen up his defenses and buff up his attacks.

Use your own heat attacks against him and pick up items to attack as much as you can. Once you complete the QTE sequence to finish the battle, some cutscenes will start. Watch them and the chapter will end.

Start the chapter by heading back to Navy Apartments to spend the night. You can also complete some side activities during this time before turning in if you want to. Watch the cutscene back to your apartment and when you get back in control the next evening, you will be in Kamurucho with Yuta and Nagumo.

Head to Café Alps and plan your next move. During this time, if you encounter Triad goons around town, Yuta and Nagumo will help you along in the fight.

Head to Café Alps and a cutscene will start. When it ends, you must go to Stardust. Help Yuta find a washroom on the way there and follow him to a convenience store for another cutscene. When you arrive at the club, you will have to see another cutscene.

When the cutscene ends, head back to Stardust. On the way there, you will come under attack by some Jingweon members. Defeat them and some more reinforcements will arrive. Leave them to Yuta and Nagumo and push on to Stardust.

Watch the cutscenes and you will have to fight Joon-gi Han inside the ring. This is a straight-forward fight with no weapons or object. Block, dodge and use heat attacks as much as possible to make the fight easy.

Once the fight is over, watch the cutscenes then head back to Senryo Ave to meet up with Yuta and Nagumo. Another cutscene will start here and once it is over, the chapter will also conclude.

When you are in control, feel free to explore the area and complete some side quests and activities. For the story, head to New Serena and watch the cutscene.

Head to the sewers and reach the location where you found Akiyama. This time the location will be full of Saio Triad goons. Beat them up and interact with the homeless man.

When you leave the sewer, Akiyama will call you up and ask you to head to the APA Hotel near Theatre Square. When you find out that some men are following you, lead them to the Theatre Alley and beat them up there.

Once clear, head to the APA Hotel and use the lift to reach the sixth floor. Meet up with Akiyama who will give you some intel. After the meeting, head to Little Asia to meet up again and execute the plan. Pick up Nagumo and Yuta on your way there.

When the whole team is ready, follow Akiyama to begin the raid on Saio Triad HQ. Follow him as he sneaks around the building interior. You will cross many different rooms but when you reach the meat storage room, a man with a cleaver might detect you.

He will be a tough enemy and will continue to pop up several times even after you have taken him down once. Use items against him as going alone with your fists will not be effective.

When you reach the upper floor of the HQ, go up the stairs and you will encounter the butcher again here. Use tables as cover and heat actions against him for maximum damage. Head further up and you will end up on the roof of the HQ.

Lower the stairs to let Nagumo and Yuta climb up. Once everyone is upstairs, jump to the Triad building and enter it. A large number of enemies will be waiting for you inside.

There is a balcony here that you can use to throw off enemies during heat actions. This will make it easier for you to take down heavy Triads. When you get the prompt, let your team handle the goons and you head down the stairs to confront Ed.

Watch the cutscene and start the fight. Ed has a knife so make sure that you use the objects around you for advantage.

When you reach the halfway marker, Ed will enter heat mode and will deal more damage and buff up his defenses. Do not let him grab you, as he will land a deadly attack if he does. When he calls for reinforcements, your team will also arrive at the scene to help you so focus on Ed and finish him off. Once the battle is over, cutscenes will start and when they end, the chapter will also conclude.

At the start of this chapter, you have some time for yourself. Explore the world and complete some side activities or visit some places.

When you want to continue with the story, go to Akiyama and speak with him. Someya will join you at this point. Call a cab and head to the entrance of the ruined Shangri-La.

Enter the ruins and defeat some easy thugs inside. Then start following the mission marker. If you see some debris blocking your path, use the sledgehammers found in containers on walls to clear them.

Once you reach the center of the ground floor main hall, you will see the musclehead hangman confined for good. Head around the corner and use the ladder to get up. Ahead you will have to cross the beam while the hangman throws rocks at you.

Once across the beams, you will come across some more thugs. Defeat them and cross the next set of beams, which will be much longer this time. Pressing X will help you regain your balance.

Someya will eventually be dragged down and this will mark the start of your battle with the musclehead. Use objects against hangman and it will be an easy fight. Someya will also back you up here. Heat actions are also effective against him.

Once hangman is down, use the ladder to get back up to find some more thugs waiting for you. Defeat them, break the debris, jump over the railing and climb the ladder up ahead.

Continue down the path and use the narrow gap to head west. Deal with some more enemies waiting for you up ahead. After the fight, you will have to break some more debris.

Move along the narrow floor, break the debris and vault over the corridor to find some more debris and Triad goons. Beat them up and break through the debris. You will also encounter a heavy here so be careful fighting it.

Climb the ladder when you see it up ahead. Continue down the path-breaking debris and vaulting over obstacles until you encounter Hangman again. This time you can also use hammers, which keep spawning in the container.

Defeat Hangman and enter the next room. Watch the cutscene that follows and you will fight Someya once it is over. Defeat Someya and you will have to sit through some more cutscenes. When the finish, the chapter will also conclude.

This concludes our Yakuza 6 Masked, Footsteps, Heihazi, and Conspiracy Walkthrough Guide. If you want to add anything to this guide, feel free to use the comments section below!