Yakuza 0 Review; Goofy, Absurd, But Tame in its Approach 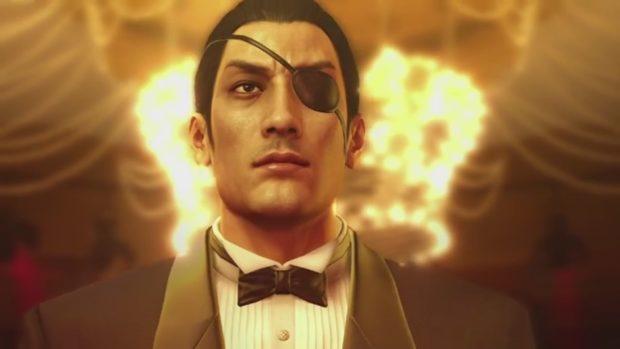 Yakuza has been with PlayStation for a long time and admittedly, it is one of the most underrated franchises we have in the industry. Of course, it isn’t for everyone but we can agree that Yakuza deserves more attention, especially, in the west.

With the release of Yakuza 0, developers are once again trying to take another crack at the western market. Yakuza 0 takes the 3D beat-em-up franchise back in time. It is a prequel to the main series and is pitched as the perfect one to jump in for newcomers.

Yakuza 0 takes you back to the early days of Kazuma Kiryu, to the time where his story began and kicked off a series of unfortunate events. The main story is split into two as the game not only tells you the story of Kiryu but we also dig into the life to Majima, ex Yakuza who is looking to get back in the game.

You play as Kiryu and Majima at different points of the game who are free to explore their own districts during the 1980s Japan. The entire area is open to you so feel free to explore at your leisure.

While Yakuza-ing is the main purpose of the game, that’s not all it offers. Entertainment, eateries, arcade games and Karaoke are just some of the fun things you can do besides killing. Each district you are dropped in has its own interest points but there are too many similarities that’ll kill the curious explorer inside you.

Where Grand Theft Auto’s open world feels like meaningless scenery on occasion, Yakuza’s semi-linear approach to its world results in smaller but denser spaces for the players to navigate. But the grimy details of each building and neighborhood overwhelm your eyes and if you are new to the series, it will take some time to get used to the look and feel of this game.

Yakuza 0 tried to pull-off a GTA V-like character system to tell the story but in the beginning switching between characters is rigidly handheld. You enjoy the game more once Yakuza 0 allows you to switch characters at will. 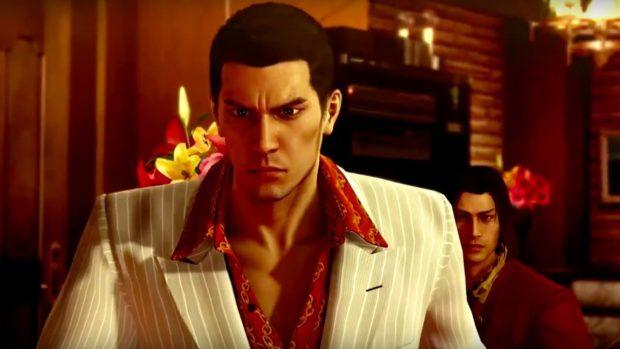 Yakuza 0 is a soap opera melodrama that splits itself into two unrelated stories of redemption. Both characters end up taking on the racketeers they once worked for. Both are unaware of the other’s existence but at one point in the game, their objectives meet.

Side missions are as crazy as one hopes to see in a Yakuza game but overall the level of lunacy of this one particular Yakuza game is a bit toned down. Yakuza 0 is outlandish, legitimately hilarious, and does its best to stay true to what Yakuza represents.

The main missions are more together compared to the side activities that represent classic Yakuza absurdity. Cheezy villains, cheesy dialogues, and melodramatic cut-scenes define Yakuza 0.

What’s refreshing to me is that there is nothing that you need to know before playing Yakuza 0. It is a true prequel that makes no mention of future events and contains itself within its boundaries beautifully.

3D brawler gameplay is once again at the core of Yakuza. A Rang of different combative opportunities are at your disposal with unique fighting styles, weapons, upgrades etc. 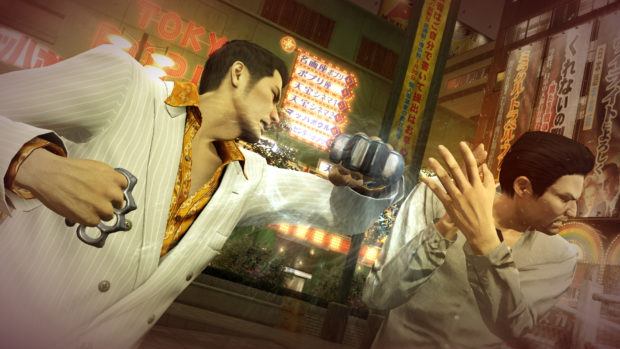 Majima and Kiryu have their own three different unique fighting styles. You are free to switch between styles mid-fight which helps spice things up. There are different combo styles you can try but eventually, all of them start to feel played out and you end up using the same moves for the remainder of the game, not putting in any effort to mix it up.

There are little input options for offensive and defensive actions which limit your movements. The good news is that fighting styles can be upgraded once you work through the skill tree. Unlocking skills require money or training with NPCs you come across in the game.

Upgrades help add more flavor to the combat system and make it more interesting. However, in the end, it is all about button-mashing fun and Yakuza 0 perfectly delivers it. The upgrades are meaningful and impact the combat system to increase the efficiency of your combat styles. 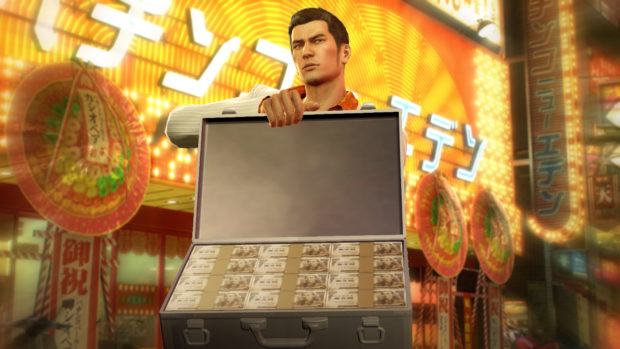 Money plays a major role in the game and during the later part of Yakuza 0 both characters will find themselves running their own businesses. Beating the money out of enemies is a great option if you wish to farm money.

The business management system is easy to understand but money can also come from chapter completion bonuses, perks, and side missions. Random NPCs can offer a variety of side quests that are less about gameplay and more about sub-narratives. Usually, there is one or two fighting situations but most of the time you will find yourself engaging in dialogue.

It can become tiresome but what keeps you going are the rewards. Spending time playing mini-games online or in local multiplayer revitalizes your interest in the game world.

Main campaign’s theatricality is engrossing but activities outside of the main story fail to keep you hooked for a prolonged period of time. Side missions are meant to play supporting roles but Yakuza 0 side missions aren’t winning any awards for their performance.

Thus, replayability becomes an issue for Yakuza 0. While the game may be pitched as the perfect point to jump in, we aren’t sure if it is. There isn’t much Yakuza-ing to do in this one and most of your time is spend taking them on rather than being one yourself.

So if you are looking to know what it feels like to be a Yakuza, 0 may not satisfy. It seems developers intentionally tamed and toned down some of the elements that made numbered Yakuza games great, especially the main campaign (which still manages to keep you interested).

Lacks the essence of Yakuza.