How to Unlock Spider Bot Arena in Watch Dogs Legion 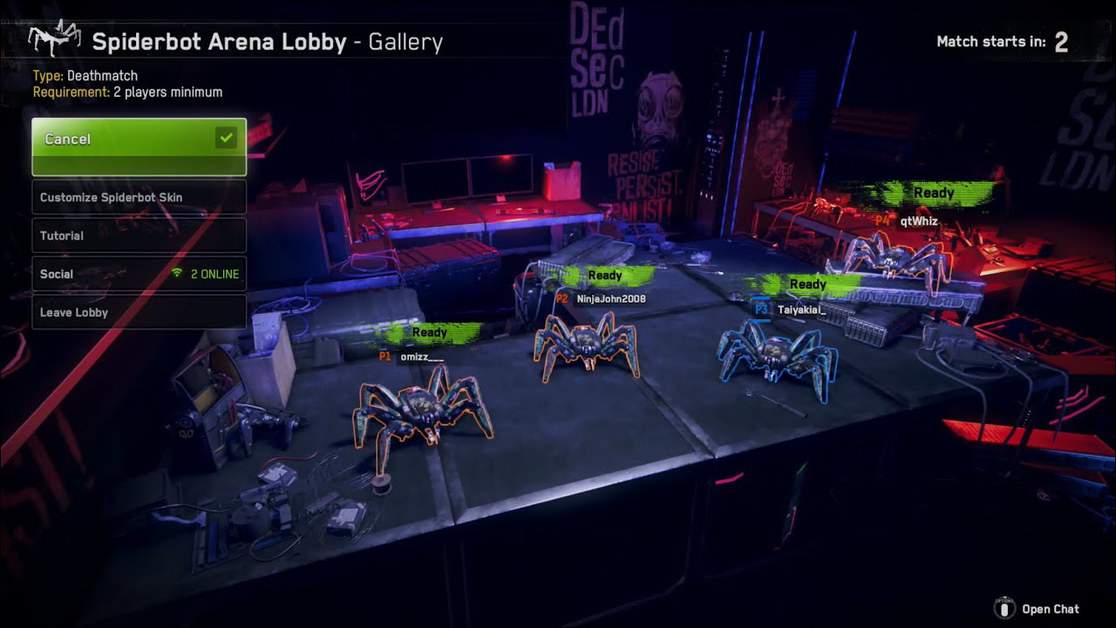 The Spider Bot Arena in Watch Dogs Legion is an online game mode where you get to compete with other players using Spiderbots. However, this mode is not immediately available, and you will need to unlock it. This guide explains all the necessary steps that you need to take in order to unlock the Spiderbot Arena mode in Watchdogs Legion.

Spiderbot Arena is a PvP mode in Watch Dogs Legion. It is basically a fight between spiderbots. You will be fighting against other players from around the world in a robot-war scenario.

If you have played Arena modes in other games, you will have an idea of how Spider Bot arena will be played. This includes the general law of Arena of spawning back every time you are killed and the unlimited supply of ammo. You will have to destroy as many enemy bots as possible to make it to the top.

So, coming towards unlocking this mode, you will have seen the screen introducing Spiderbots Arena mode. But the mode will be unavailable until you complete the first online mission, “New Resistance.”

Here are all the steps that you should follow in New Resistance in order to unlock the fun-filled Spiderbot Arena mode:

Recruit Anyone
New Resistance actually starts as you enter the London Free Roam mode. Once you are in, you should consider recruiting one of the NPC’s from the surrounding.

You will have just eight influence points at the start, so you should consider recruiting some low-level NPC’s. A bus driver, in this case, proves pretty handy.

Hack the First Target
At London Necropolis, there is a target that you will need to hack. So head towards the area and approach it from the opposite side of the building.

You will see a huge inaccessible gate and an open doorway to walk through. There will be some cars in the surrounding. Hide inside any of them and activate your spiderbot to do the rest of the work.

Hack the Second Target
The second target that you need to hack is in the Ascent. Though finding this one is a bit difficult, you will eventually find it if you stay vigilant.

The best way to do it is to get to the Ascent and going down to the lower sections of the building. Hide in a spot there and activate your Spiderbot again to deal with the enemies and to eventually hack the target.

Talk to Connie
Your next job is to find Connie and talk to her. You will find her hanging beneath a familiar pub at the main Dedsec HQ in London.

Just approach her as normal and she will start talking. After the chat is over, you will be able to see an open business of Spiderbot Arena on the map.

Complete the New Resistance mission then and you will have unlocked the Spiderbot Arena.