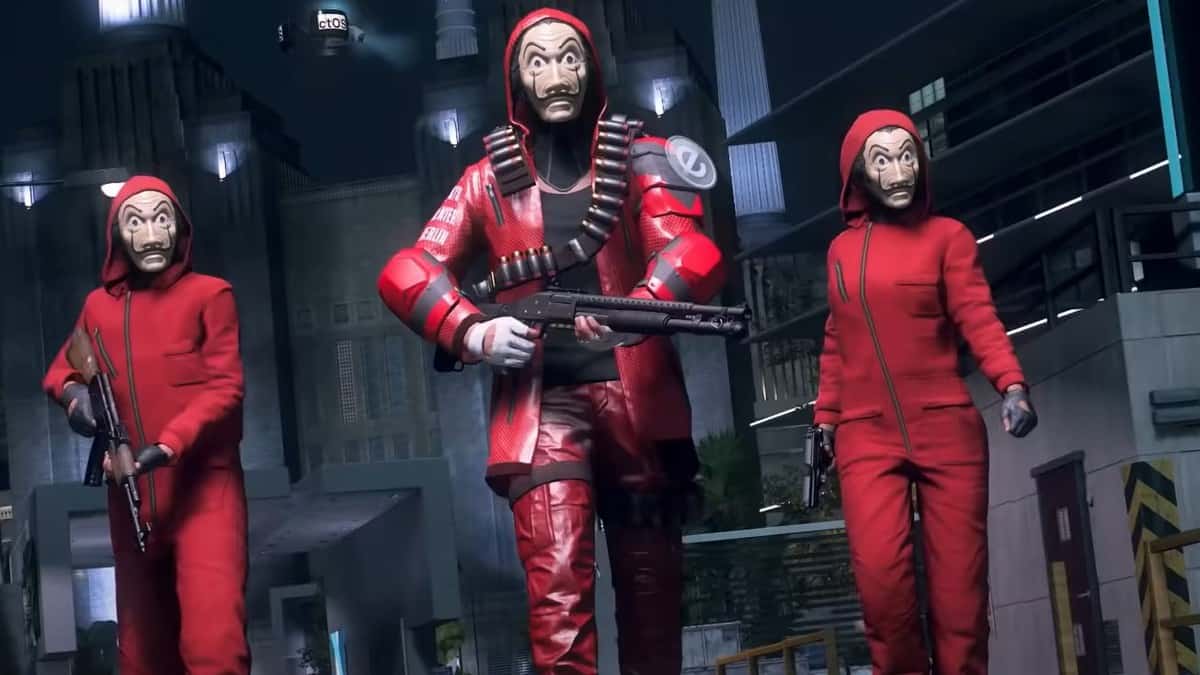 The Watch Dogs Legion/ Money Heist crossover mission named Paperless has you stealing some crypto from the Bank of London.

At the start of Paperless, you will have a conversation with Connie Robinson. She will tell you about the details of the robbery you have to do.

Disable the Bank Firewall and IPS

Now, you have to go to the roof of the bank and disable the bank firewall and IPS since they have improved it as well.

The first objective you will get in the Paperless mission is to access the firewall terminal.

For this, you have to hover around the Bank building and rotate the clock like terminals till they turn white from red. You have to make sure all of them are white.

When all of them turn white and unlock, the internal network will be unlocked, and you will see it on screen as well.

Now, go to the place where you started and here your teammate can download the file and access the firewall. The download will be completed and reach 100% in a few seconds.

The bank server network is now unsecured, and you will need the right account credentials to move further in the mission.

For the account credentials, you will need four hostages. Go into the bank and you will find them quite easily.

Two of them are on the ground floor and the other two on the first floor. You and your teammates can make them hostages in no time.

Once you make them hostages, your next objective is to access the server. To do this, jump down into the hall and you will find a hackable control box attached to a work desk in the hall.

Hack it and move to the next step. Defend the Wire Transfer is the sub-objective of the access the server. At this point, you will be attacked by Albion forces.

Now you have to fight the Albion enemies and prevent them from stopping you till you have 100% access to the server. They will enter from all sides, so keep moving from cover to cover as necessary.

Once accessing the server is completed you will be given the next objective.

For the next objective, you have to reach four getaway vehicles using the different exit points in the bank. Simply get to all the vehicles and that objective will be completed.

Now, hijack the drones from outside the bank and reach four Parcel Fox distribution centers across the city.

After that Connie Robinson will send you a protocol according to which the ETO will be transferred to all the people in London having income below the poverty line.

After that, you have to access the server and upload the protocol sent by Connie Robinson to the server.

Transfer ETO to the Parcels (x5)

After that, you have to enter the Parcel Fox building and transfer the ETO in 5 different boxes which are marked. You can find them easily in the building.

After that is done, you will be tasked to destroy the servers. There are five of them in the building and you have to destroy all of them.

Once done you all have to regroup at the extraction point and the mission will be completed.

This is all from the walkthrough of the Paperless mission in Watch Dog: Legion