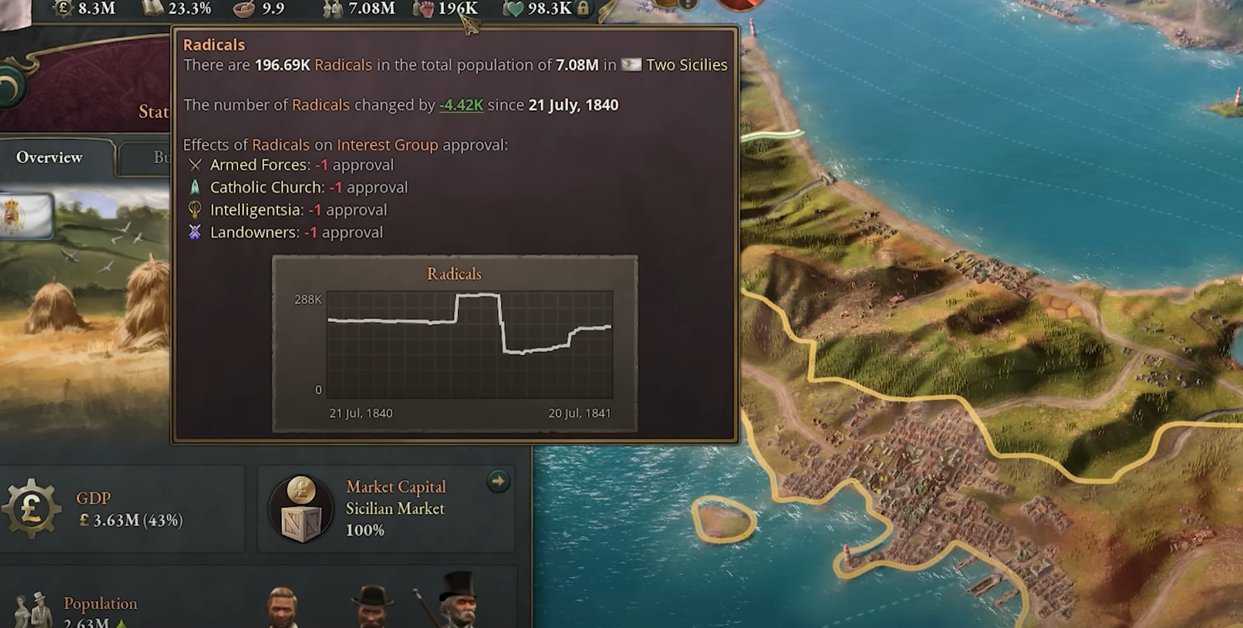 Building nations across the map is one of the core game mechanisms of Victoria 3 that establishes you as a strong leader and make your rivals aware that you’re indeed a tough competition, planning on conquering the world. Although nation expansion is limited in Victoria 3 compared to your traditional grand strategy games, it is still available in the form of Nation Formation, which gives the same effect.

This guide will walk players through how the Nation Formation mechanism works while playing Victoria 3 and what strategy is best for players to execute their expansion. So without further ado, let’s begin.

How nation formation works in Victoria 3

Nation Formation is a tool in Victoria 3 that players can use in various playable countries to expand into, but it may have limitations on some.

The countries players are able to expand into will permit them to occupy their technologies, states, and cultures. This will allow you to mark your territory on different regions, eventually letting you dominate the game map and become a powerful leader.

To be able to use this tool, players first need to determine their starting territory to help lay out the physical map for themselves and then see if they have the ‘Nationalism ‘technology unlocked or not.

If you already have it unlocked, you can proceed forward on the Nation Formation process instantly.

How to form nations

For players to access the Nation Formation menu, they will have to click the ‘Culture’ tab on the left side of their screen and proceed to the ‘Formable Nation’ option.

Once you click on that, you will see a list of all formable nations that are available for you to use for expansion. On the right side of the screen, you’ll also view all the required states and regions you already are in possession of.

As for the detailed breakdown for each nation, you can click on any of them, and a window will pop up showing what regions of a specific nation you have control over.

Depending on your chosen nation, you’ll have various formation options pop up. These options entail the choices of states you can expand into; some nations will have no state, some will have only one, and some will have a cluster of them.

Moreover , If you hover your mouse over the button that displays on the screen, it shows you the number of potential borders of your chosen nation.

Clicking on a specific nation’s available state options and then hitting the ‘Form’ button instantly starts the nation formation process for you.

Now that you know that the nation formation process is pretty straightforward in Victoria 3, let’s look into a few conditions and strategies players need to remember before hitting the ‘Form’ button.

Minor Unification is a nation-formation strategy that entails conquering or subjugating the territory of the targeted state of a playable nation. You do that until that region or state becomes part of your new formable nation.

There are specific objectives and requirements you will be asked to complete before you can acquire the region.

And once players meet those requirements for the Minor Unifaction, these territories become eligible to be added to the new formable nation by hitting the ‘Form’ button.

Nationalism technology helps you become eligible for the Unification Candidate. But that also can only be done once you’ve reached the rank of Major Power.

There are only 3 Major Powers at one time, and if you’re one of them, other countries and forces can declare their support and land counting towards you. This will let you have access to National Leadership and Unification diplomatic plays.

This whole approach revolves around the states joining you by themselves, making you a strong and prestige formable nation.