How To Increase Authority In Victoria 3 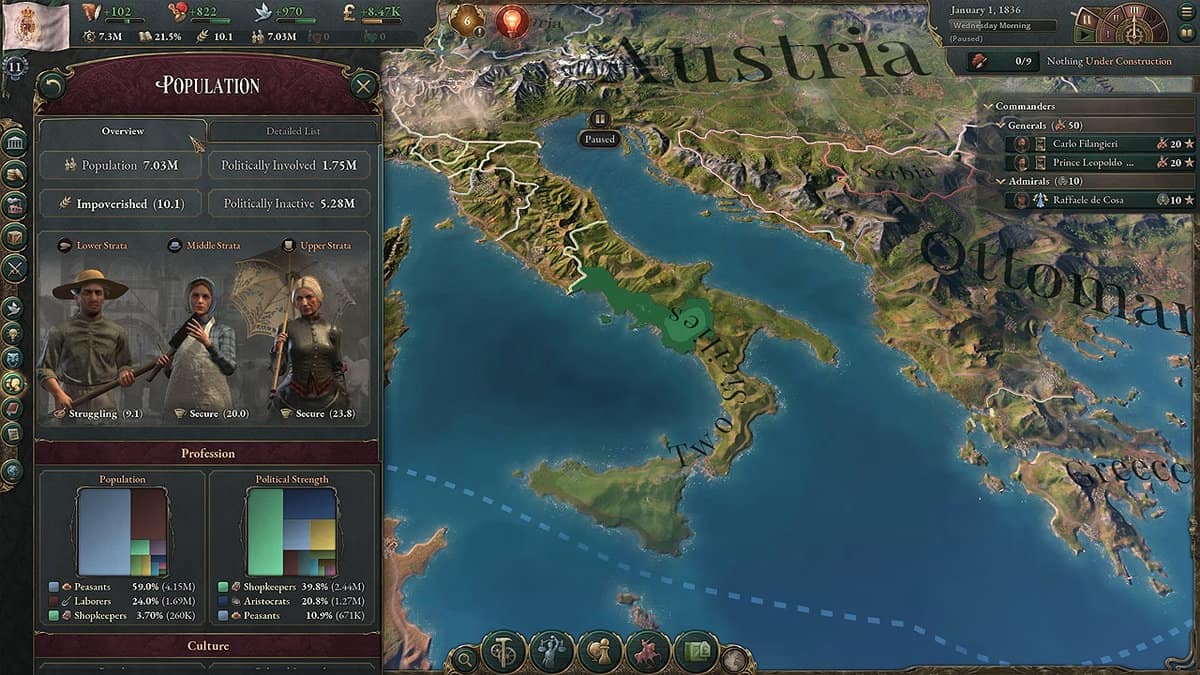 In Victoria 3, Authority is one of the three game systems that allow you to determine the capability of your country. Authority is needed to enjoy the benefits of having a larger population and not have them rebel against you.

If you want to make your nation a world superpower, having high Authority is a must, so the following guide will help you increase Authority in Victoria 3.

Authority is basically a concept that determines how much the population of your state is under the control of or listens to its governing body. A low authority could mean an anarchy state while a very high authority could also result in a dictatorship if citizens feel there is too much control on them.

At the beginning of the game, players start off with a base authority value. This value can then, later, be increased by implementing certain laws.

Your starting authority may depend on your country. Choosing one of the best countries in Victoria 3 could give you a higher authority rating at the start.

Some of these laws offer a percentage increase in authority, while others do so with a flat value increase.

Laws that offer your population greater liberties and freedom generally lower your authority value, like laws concerning the increase in the distribution of voting power.

It is best to keep a balance when implementing laws until a newer source to gain authority is found.

Authority is determined by the laws that allow you to keep your citizens in check and balance. The higher degree of check and balance you implement, the better authority you have on your subjects in Victoria 3.

Other than placing laws to keep a check on your subjects, you can also change laws and political party members to increase your Legitimacy. The higher legitimacy you have, the more authority you have as the ruler of the country. Similarly, advancing on the Technology tree will improve authority.

The following are the laws that affect your authority in Victoria 3. Make sure to know each of them because as already stated above, one of your main goals while building your nation in the game will be to increase your authority level as much as possible.

Laws affecting the distribution of power

Rulers with traits like the Political Operator gives an added 5% Authority boost. Activating the Church’s group trait, once you reach a happiness value of 5 with them, will boost your Authority value by 10%.

Another way to increase authority is by making use of the Society Technology Tree. A part of this technology tree provides authority multipliers which become especially important once players start to implement more liberal laws.

The following technology will affect your authority value.

You have the option to cheat your way to get higher authority in Victoria 3. For that, first, you need to enable your Console Commands in the game.

To enable console commands, go to your Steam library and select Victoria 3. Open the settings and enter the Properties menu. Next, in the General tab, look for the Launch option box at the bottom and type “-debug_mode” in the box. Then start the game to use console commands.