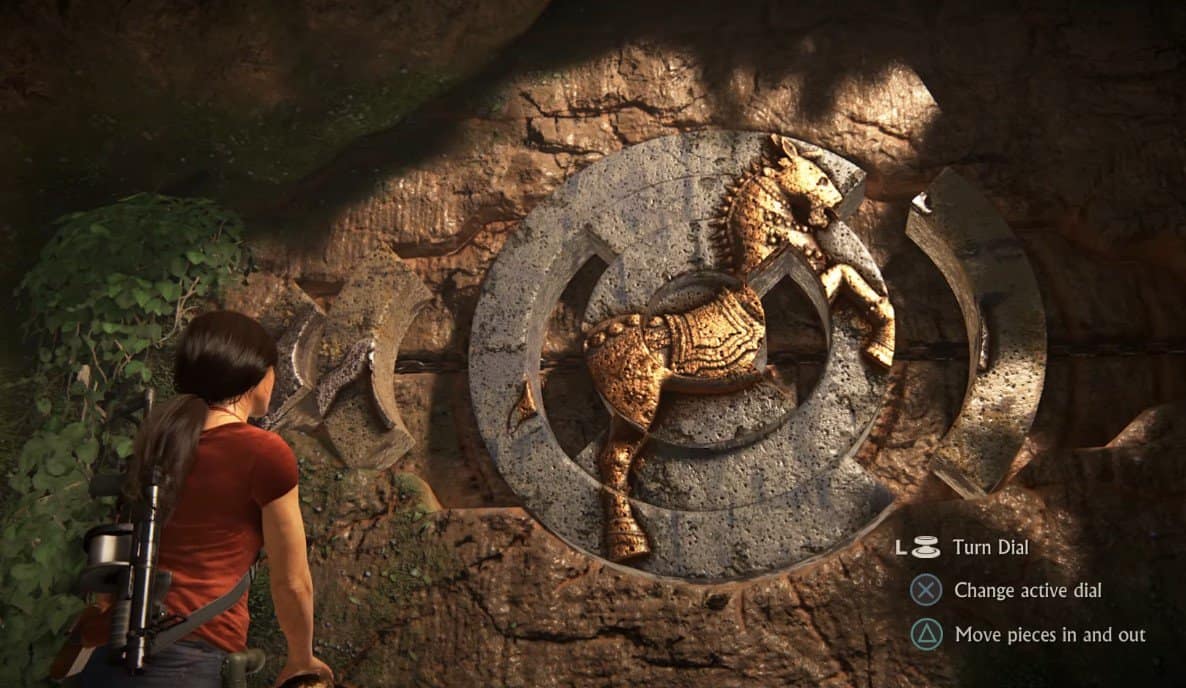 Uncharted: The Lost Legacy is full of unique puzzles, one of them being the horse puzzle which you’ll get to solve in Chapter 4. You get the Hoysala Horse Token as a reward for solving it which you need for the Queen’s Ruby bracelet.

How to solve the Horse puzzle in Uncharted: The Lost Legacy

The Horse puzzle itself is fairly straightforward and not too difficult. There are a bunch of steps though that you’ll have to do in order. The following is the solution to the horse puzzle in UC Lost Legacy

Step 1: Interact with the outermost circle and spin it so that the opening is facing to the left. Press the button to push in the piece. The largest piece will now be in the outermost ring.

Step 2: Move the outermost circle so the opening is to the right. Press the button to move the large piece out of the dial.

Step 3: Rotate the outer circle counterclockwise and select the middle dial for rotation so its opening faces to the left. Use the button to move the middle piece into the opening.

Step 4: Select the ring on the outermost and rotate it clockwise. The largest piece should now move back out counterclockwise, and the middle piece in the middle dial and the right side is empty.

Step 7: Rotate all three dials so the openings face left. Shift the smallest piece into the inner ring. Rotate that ring to its final position.

Step 9: Ensure that the outer and inner dials open to the right by rotating them. Rotate the medium piece to its final position after inserting it into the middle dial.

Step 10: Rotate the outermost circle counterclockwise after choosing it. Rotate the largest piece into its final place after bringing it in.