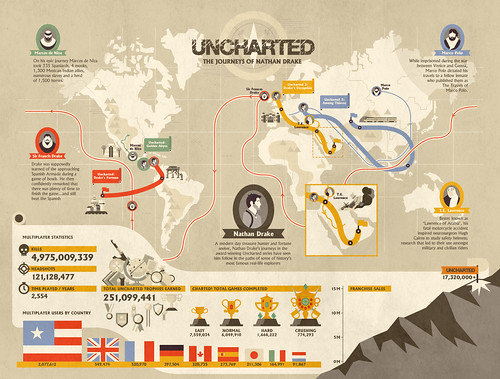 Sony has just revealed that the entire Uncharted series has now sold over 17 million copies across the franchise’s four iterations. This figure is accurate as of April 13, 2012 and to further bolster their point, Sony has also released a nifty infograph of Uncharted-related stats.

Aside from this self-congratulatory statement, Sony has also revealed that Uncharted 3 will be coming out with a “Game of the Year” edition. It will include all 14 pieces of DLC and the contents can be seen below.

There’s currently no date on when Uncharted 3: Drake’s Deception Game of the Year Edition will be out.

For those living under a rock for the past year, Uncharted 3 was released last year to critical-acclaim and is one of Sony’s biggest franchises this generation.