The Community Reacts to Ubisoft Dev Threatening PewDiePie, “We Won’t Buy The Division 2” 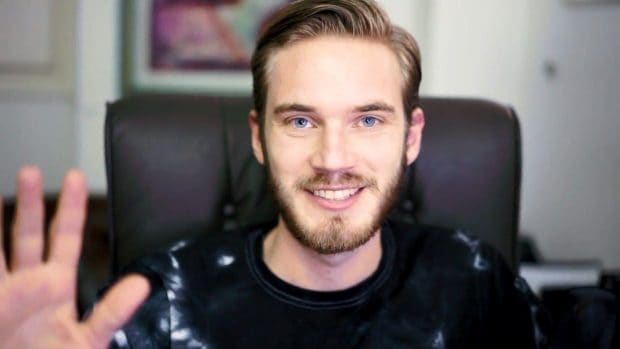 Update 2: A Ubisoft Insider has shared his views about the Dianna Lora and PewDiePie situation. According to him, she is out of the few bad eggs at the company.

Update: Ubisoft has reportedly fired Dianna from her position at the company.

Original Story: Yesterday, we reported that one of the developers working at Ubisoft Massive, Dianna, gave a veiled death threat to YouTuber PewDiePie. She posted on Twitter and expressed her misinformed opinion about PewDiePie’s shout out to an anti-semitic channel. PewDiePie explained the situation in one of his videos but his explanation wasn’t enough for this one Ubisoft employee.

While Ubisoft is silent about the matter and didn’t release any statement regarding her public accusations and threats to PewDiePie, the community isn’t taking too kindly to her misguided anger. The community wants Ubisoft to take action and made sure such a hateful person is at least kept in check during her time at the company.

Really @Ubisoft ? THIS is what your Division developer does in her free time? Attacking Pewdiepie? Hey Dianna, where were you when Pewdiepie organized a charity for children’s rights in India? What the fuck did you do to make this world a better place instead of running ur jaw?

Not even joking.
This is what the AAA game industry has become. pic.twitter.com/1OguA5xFWx

As long as Dianna from the Division isn’t on this project, I’ll buy!

Your dev Dianna trying to take down pewdiepie makes me not buy your games. Good luck employing her and her trash opinions

@GrlpantsGR Gaming industry, we need your help! We need to END Dianna as a Ubisoft Dev, and we shall boycott ALL @Ubisoft titles so long as she is allowed to get away with making unjustifiable threats against youtubers she dislikes #BoycottUbisoft

@Ubisoft Is Dianna fired? I don’t usually hang out on twitter but this really pissed me off. SJW’s/NPC, what ever dig your own graves and keep us tolerant and loving peolpe out of your misery and hate.

hi your employee Dianna is threatening a person publicly.

@GrlpantsGR @TheDivisionGame @Ubisoft @UbisoftSupport I was already on the fence wether to waste my money on division 2.first one was good core but failed long term.maybe employees like dianna is part of that reason and since she likes to end people’s life’s like @pewdiepie

I will show my wokeness and not support @Ubisoft @TheDivisionGame @UbisoftSupport thanks to @GrlpantsGR . I encourage others to “end” as dianna likes to say and end your support for this sjw nonsense that likes attacking people and playing victim for attention.#getwokegobroke

I’ve just been told that @Ubisoft | @UbiMassive has fired @GrlpantsGR for her twitter attack against @pewdiepie.

I FULLY disagree with Dianna but I believe firing her was too much. What she said was ironic (& stupid) coming from her. But she has the right to voice her opinions.

@Ubisoft Fire Dianna. She needs to grow a brain, an so does your company.

People are demanding Ubisoft takes action against public hateful behavior from one of its employees. This is a developing story so we will have more for you once further developments come to light.