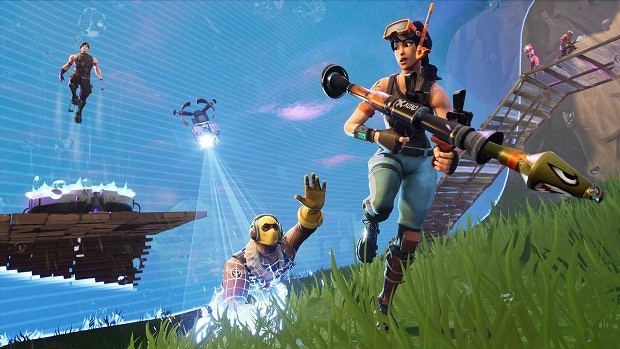 Fortnite has turned into a global phenomenon and it’s filled with content. Epic Games always surprises everyone with new content but sometimes they get revealed earlier by the data miners. According to the latest data mining, we are going to get two new snipers in the game along with a new shotgun.

Three new weapons, Heavy Sniper, a Rail Sniper and a Break-barrel Shotgun are coming to Fortnite according to XDA developers. If you already play Save The World mode then you’ll recognize this heavy sniper rifle below which has yet to appear in the Battle Royale mode.

It’ll be interesting to see it in PvP as this rifle can easily shoot through walls and that’s going to be a nightmare for the players who build to survive. No further information is yet available on the other weapons. These weapons are not confirmed to be a part of Fortnite Battle by XDA so do take it with a grain of salt.

You will be able to enjoy these weapons on all platforms except Android for now which has been lacking the presence of worlds top game for some time but finally, it’s going to arrive. Though it comes with a cost, not for the players but for Google as it’s not going to be available on the Google Play Store.

Fortnite looks like cartoonish but it’s not really easy at all. It can be addictive but getting that victory Royale can be a headache especially for the kids who play it for hours and spend a huge amount of cash getting new skins which are only cosmetic.

Well, if you have children, you can follow in the footsteps of some parents who are hiring coaches to teach their kids how to be good at Fortnite or even teach them how to dance like a pro in a gym.

More new weapons in the game will definitely make it fun but I’d personally like to see some more legendary rifles like Scar-H in the game or maybe an SMG like UMP-45? Well, anything can happen in Fortnite.