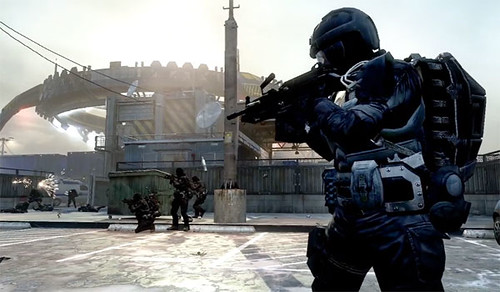 In case you haven’t had enough Call of Duty: Black Ops 2 information, and in case, you can’t wait until it comes out November 13th, we’ve got a bit more information for you on the Call of Duty front.

This week’s news is of the multiplayer variety, where we’ve been given our first look at two multiplayer maps soon to be heat-mapped with combat zones around the world.

Not officially revealed, only accidentally streamed via a YouTube live stream from Treyarch, are Carrier and Meltdown. The video has since been removed, as the maps were not meant to be seen by civilian eyes just yet. While the video is gone, for now, a Twitter user, @ItsRahhh screen-capped the leak, so you can get a look at some of the maps below.