Twitch Plays Pokemon again! But this time it is Pokemon Crystal.

The last twitch session ended only recently with numbers on the experiment being simply jaw dropping.

The stream had an average viewer base between 50,000 and 90,000 people frantically inputting commands into the chat box, with around 200,000 followers and a total audience of over 36 MILLION unique viewers.

It was one of the most viewed twitch streams and garnered sufficient attention during its 16 day, 7 hour, 50 minute and 19 second run. This new run, already 2 days and 6 hours in, again seems to be plagued (or blessed – depending how you look it) with the anarchy all over again.

At the time of the writing of this article, everyone was struggling to complete the Ecruteak city gym, going in and out constantly by the seemingly infinite flow of commands that littered the screen. 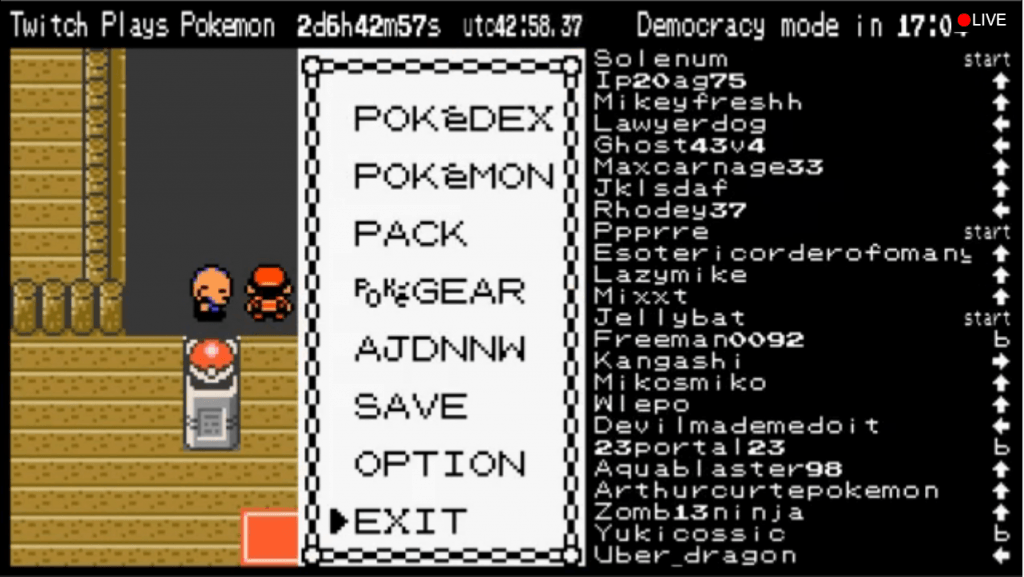 This time in, the Mystery Egg received from Mr. Pokemon already seems to be the replacement for the mighty Helix Fossil.

These are the details for the Game session:

Twitch has already started calling the Totodile “Lazorgator” due to the fact that Leer causes him to shoot beams out of his eyes.

The new session has some improvements especially Democracy mode, that is automatically set to start at the start of every hour to reduce voting spam.

During Democracy mode, anarchy can be voted on again. If it gets voted to the top of the input list, anarchy goes into effect. In Practice, so far, however, Democracy Mode has not lasted longer than 3 minutes.

Only time will tell how this Twitch Pokemon session turns out, which has garnered 42 million total views already!

Excited about the game? Love it? Hate it? Talk about it in the comments below!