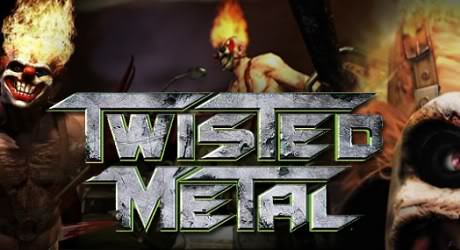 How To Earn XP

How fast you level up your character is directly proportional to how much XP you earn in a given match. It’s recommended to go for more rewarding ways to kill your opponents in Twisted Metal. Following are the ways you can earn XP in Twisted Metal:

Killstreak Rewards
Once you’ve unlocked the Killstreaks Awards from the unlockables, you will get extra XP for each kill you do.

Your character will be rewarded different ranks as you earn more experience, which in turn will unlock more weapons and vehicles.

Preacher (Character)
The character preacher is not used in the game, but his faction can be used in the multiplayer uses. History: A religious man who believes that he can take down Calypso..

The vehicle is the design of 1960s Cadillac Sedan. The special weapons are the Magnet Projectiles (homing missiles) and Mega Magnet, which will stick the victim’s car to yours for massive damage.

The design is of the 1959 Cadillac Miller Meteor Ambulance. The specials are the Gurney bomb which will fire an explosive person in a Gurney. The Alternative special is the Piloted Gurney Bomb, but you can control this one.

It is a very fast sports car. The specials are the Flamethrower and the Incendiary Shockwave in which you can damage all the vehicles around you.

The Junkyard Dog is a dirty Tow Truck. The special weapon Taxi Slam gets a taxi onto your back; it can be thrown onto the enemies. Alternative Special Weapon is the Team Health Drop; it will heal your team-mates instead of causing damage. It can be detonated as well.

The design is similar to an Exterminator Van. The special weapons are the Rat Rocket and the Piloted Rat Rocket. Rat Rocket will fire the head from the top of the car which will explode on impact. The Piloted Rat rocket will do the same, but you can control the head after it’s launched.

Roadkill (8/15)
This is one of the most balanced (stat-wise) vehicles in the game. The special weapons are Chain Gun: Hold the fire button and shoot a couple of rounds automatically, it will fire for about a second if you release the button without charging.

The alternate special weapon is the Drop Mine which is not as the SPECIAL is. It will fire a couple of missiles, the number and their damaging points depend on the way you charge the meter.

It’s fast, and the special weapons are good but the drawback is its defense system. The special weapons include the Chainsaw which throws an explodable chainsaw. RPG, which stands for a rocket-propelled grenade – you must stand still and aim for the target, the grenade needs to be triggered for exploding as well.

Talon is a helicopter which has a good speed. The specials are powerful, but its armor is quite weak. Tri Gunner will switch you to a machine gun which has the capacity of 100 rounds, although, you can still control the helicopter while firing the shots. The Drop Magnet can simply attach the car to your helicopter’s magnet if you fly over it.

It’s a hearse whose speed and specialties are not very good but has a decent armor. The special Death Coffin sends a flying coffin which can be detonated, whereas the Reticle Death Coffin is same but has a destination point as well.

A semi-truck whose speed is slow, but the armor and specialties are great. The special weapons are Darkside Slam & 50.Cal Tri-Gun. Dark side Slam is an acceleration boost as the Turbo Boost is, but this is faster. The 50. Cal Tri Gun is a 50 caliber gun which shoots bullets for six seconds.

You may have seen it dropping more and more enemies in the Single Player. It is slow but has the best defense system. Unlike the other vehicles, it has only a single Special Weapon i.e. Drop Mines. It will drop eight bouncing mines, which take 30 seconds to recharge.

Rear Freeze
This ability is unlocked by beating Sweet Tooth in Event no.3.  You can then perform this ability by holding Up + Triangle keys.

Super Mine
This ability is unlocked by beating Mr. Grimm at Event 5. In order to perform this ability, you need to hold Down + Triangle keys.

There are a total of six side arm weapons which you can unlock by beating different bosses or completing several modes.

Laser Side arm
Laser can be unlocked by beating Dolface at Event 5.

Magnum Revolver
Magnum revolver can be unlocked by beating Sweet Tooth at event 3.

Rockets
Rockets can be unlocked by beating Dollface at event 2.

SMG
SMG can be unlocked by beating sweet tooth at event 1.

Twelve Gauge Shotgun
You can unlock this weapon by beating Mr. Grimm at event 4