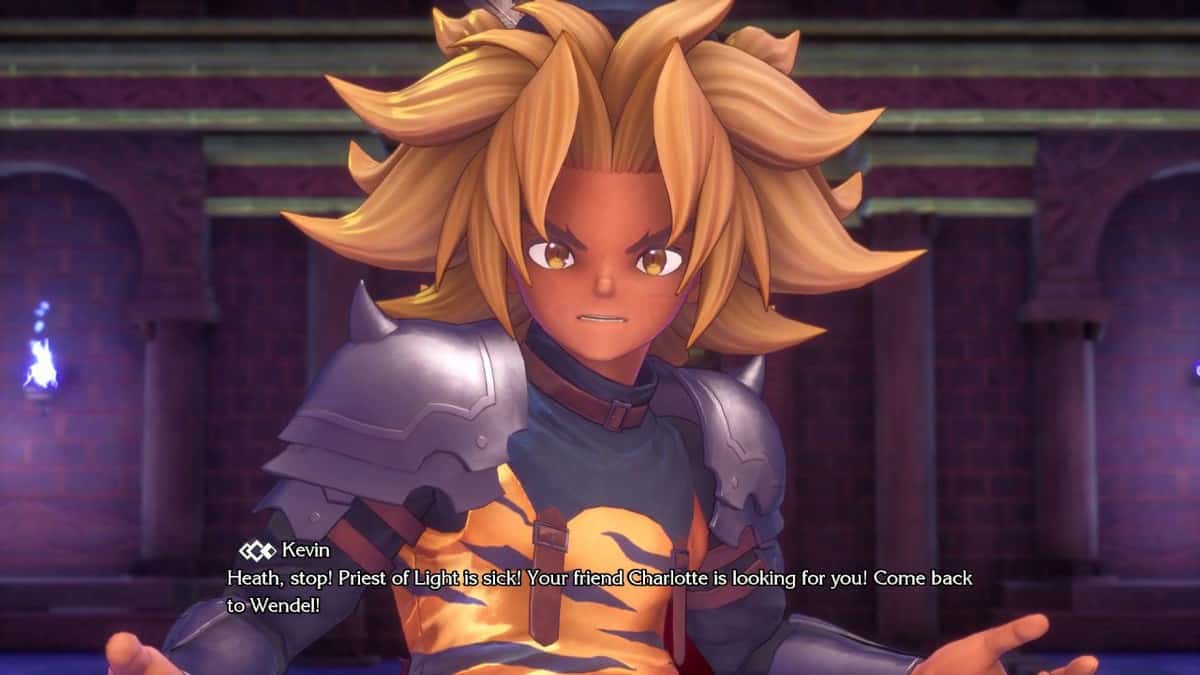 This Trials Of Mana Remake walkthrough will go over the boss fight against Heath the Tainted Soul. This character is a major antagonist and was the best friend of Charlotte.

Goremand took him and converted him into the Masked Mage’s right-hand man that you have to fight.

The tricky part about this boss fight is how much the enemy teleports around the area. This makes it difficult to get in close and land some physical hits.

However, you can still do ranged damage by locking on and then hitting Heath with attacks like Holy Bolt.

If Heath spreads his arms out wide then watch out because that is how he telegraphs an attack in which he brings down energy beams from above that will do a lot of damage if they hit you.

If you cannot evade it, have your support character use healing light to help you out in surviving Heath’s attacks.

At times Heath will shield himself inside a round force field and send out minions to attack you.

Take out the enemies who are connected to the force field and you will bring him back out.

Once he is out, you will have a brief window in which he is staggered so try to deal as much damage as you can. Attacks like the Seiryu Strike will do the trick.

This fight isn’t difficult so much as it is hectic. You need to keep moving while you chase him down and attack him.

Eventually, this strategy will help you bring Tainted Soul boss’ HP down to zero and you will win.