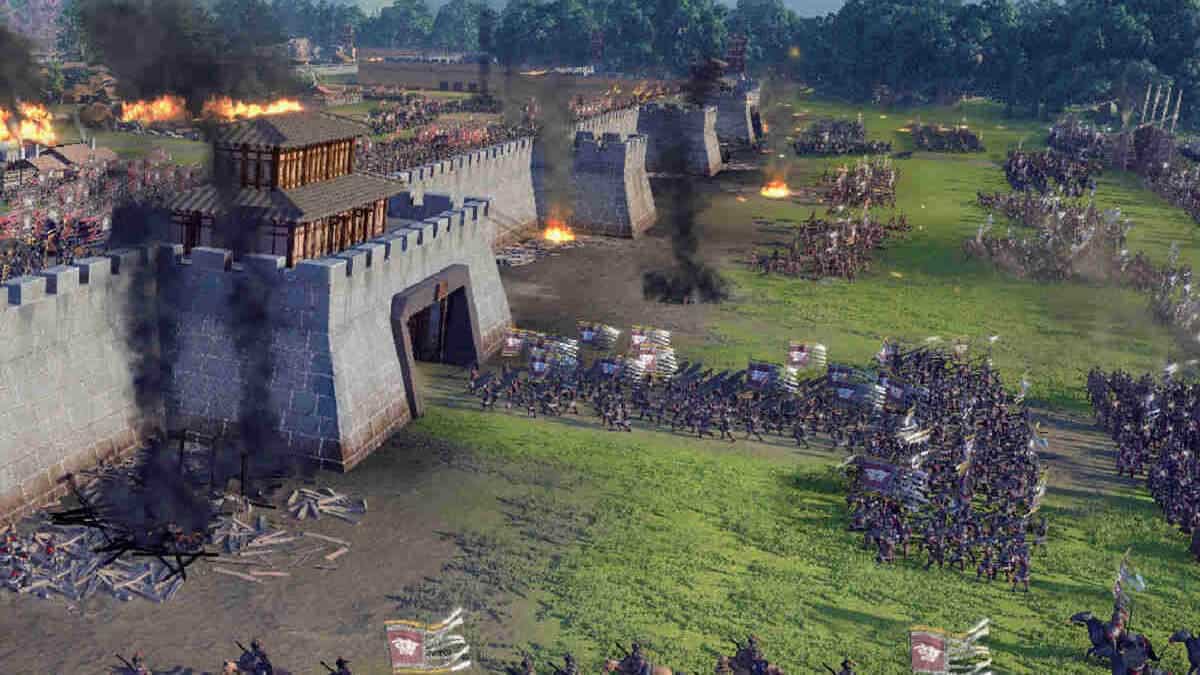 The characters in Total War: Three Kingdoms are some from the history, leaders who have actually ruled these places while some characters are just non-historical. All characters play a part in this game by either providing you assistance in the battles or helping you expand the commanderies. Some engage in the espionage while becoming the army generals. All these characters have different abilities and attributes and are divided into different classes.

Mind you that these characters take money from your economy so if you do not see a character under your empire just dismiss him from under your commandery and you will save a lot of your economy.

The attributes are listed and explained down below:

Instinct
They improve their melee damage and reduce the recruitment costs for their army.

Resolve
They increase the character’s health and in the commandery where he is assigned as the administrator, he looks after the population growth.

Expertise
They improve the melee evasion of the character and to the commandery that they are assigned as an administrator. They reduce construction costs.

Cunning
Shows a character’s cleverness and how tactical he can be in bringing down a situation in his favor. Character improves the ammunition levels in his retinue and boosts his army’s military supplies.

Your characters are divided into five different classes and all these classes differ in the drive of their motivation and their role in the empire.

These characters, according to the Wu Xing philosophy fall under the five world elements. The five elements include:

Commanders – Earth
When commanders are grouped with melee cavalry, they provide you with bonuses. They handle the Authority stat in which they take care of the satisfaction of the character faction wide and deal with the unit morale of the character.

They have a smaller role in the battles and melee so do not go for them while thinking about winning a battle.

Vanguard – Fire
Vanguards are warriors who work best when grouped together with shock cavalry. They are perfect to blitz through enemy lines but are not really well for dueling.

They handle the Instinct stat in which they improve their melee damage and reduce the recruitment costs for their army.

Champion – Wood
These fighters will go best with dueling and are very resilient. They handle the Resolve stat in which they focus on the health increase in the battle.

In the commanderies where he is assigned as the administrator, he looks after the population growth. They are also good in improving the melee damage.

Sentinels – Metal
The fighters who play defensively and are front-liners lock down the enemy generals. Their focus is shielded infantry and industry boosts.

They handle the Expertise stat in which they improve the melee evasion of the character and to the commandery that they are assigned as an administrator. They reduce construction costs.

Strategist – Water
They boost up the Archer units or their army and handle the trade assignments. They must not be assigned any position in battling, as dueling is their weak point.

They handle the Cunning stat in which the strategist improves the ammunition levels in his retinue and boosts his army’s military supplies.

A character’s ability can be passive or active. Passive abilities are always activated while the active abilities can be switched on by a left click.

Ancillaries
Ancillaries come in four grades of quality that are:

They are divided further into five different categories that are:

Ancillaries are items or followers that may be equipped by a character in your faction. They are used to improve the performance of a character in a campaign or a battle.

You can hold your cursor over an ancillary to see the effects it gives to a character when equipped. Ancillaries can be looted or gained through confederation. They can also be traded in diplomacy.

Satisfaction
Character satisfaction is how much satisfied they are under your empire. It is important to monitor the satisfaction of your characters throughout a campaign.

You can look over their satisfaction in the character panel. You can also put your cursor over character’s icon on the main campaign screen and see the negative factors playing a role in dissatisfying your character.

Character’s satisfaction can waver depending on various factors that include assigning them jobs depending on their rank.

Character’s rank keeps changing through the course of a campaign and it is important to assign them a job depending on their rank. You can assign commanders as faction leader as they handle the faction wide character satisfaction.

If the characters are satisfied under your rule, they will stay loyal to you but if their satisfaction wavers then they turn rebellious and leave your faction in search of employment in another faction.

Experience
All characters gain experience while they are on the battlegrounds and their experience keeps increase throughout all the battles they fight.

These characters can be generals, administrator, or even characters at the ministerial position and they will advance through the character levels by gaining experience.

Each time a character levels up, they gain skill points. These skill points help you in buying new skills which help you level up your attributes and reach more advanced attributes.

If in a faction the character levels up, the faction leaders are also rewarded with a small amount of bonus experience.

Loyalties
Unlike the previous Total War games, this one allows any of the character to become a spy so you have to be careful if the character working under you is a spy or not.

You can go to the character panel and check their past loyalties beneath their name. You cannot, however, be sure if the character is a spy or not through this method but you can get some idea about the character.

These characters are tougher hence; they can take a lot of beating and wounds before they die. If they survive the battle, they are going to take some time for recovering and will not take part in any battles.

It is not necessary that they will become resilient soon after they recover hence if they are attacked in that time period in which they are not resilient they won’t be able to take a longer beating and will die more quickly.

Skills
When a character levels up, he gains skill points that can be used in buying the skills from the skill tree.

Every character has a skill tree dependent on the class of that character. This helps in giving them skills according to their role in a battle.

Skills can also be bought to advance the attributes of the character other than his key attributes. This helps him enhance his character roles in the battle.

Skills enhance the character attributes, helps in bringing bonuses to units and increases the passive and active skills of a character.

You can check the effects of skill by going to the skill tree and holding your mouse on the skill. This will help you in using the skill points more effectively.

Traits
Traits transform the abilities of characters and form relationships between the characters. Character activities help them in acquiring traits.

A character serving as a secondary general may get the ambitious trait that will help him increase his authority and increase the income of his faction if he is assigned a ministerial role in the faction.

This, however, decreases the satisfaction of your characters and he may be dissatisfied if assigned as an administrator of a commandery.

A character with traits may gain bonuses and to their instinct and melee damage and might also get faction opinions.

He will become a tougher and better fighter and will form good relationships with characters who will be skillful in the battleground.

Character Relations
Character relations can be viewed in the relation tab in the character panel. If a character fights the same battle for a longer time or holds a position near battles or administrator office of the commandery, it affects his relationships with other characters.

Depending on the above points, the character becomes either friends or rivals and soon that changes into more powerful relationships that are either Oathsworn or Nemesis.

If a character has a friend in either his army or the enemy’s army, he will act according to that and both characters gain defensive bonuses.

Likewise, if the character has an enemy in his or the enemy’s army he will act accordingly which will be more aggressive and will gain bonuses in his fighting abilities.

If you are in a battle, you have a character who has a friend in the enemy troop, and you kill the friend then your character will become dissatisfied and will hold a grudge against you.

Soon he will rebel and leave your faction in search of another employment in some other faction.

Title Rank
Each character has a rank in your faction. Gradually the rank levels up. The characters are assigned jobs depending on their character and they get a salary according to that rank.

It is necessary that when a character levels up and comes to a higher rank, you give him a higher-level job complementing his caliber. His salary will also increase accordingly.

If in case, you fail to do that than the character will reduce in satisfaction and will become rebellious and soon leave your faction in search for employment in another faction.

If he is already, on a higher rank, he may even wage a war against your faction that will cause severe damage to your faction and you might even lose it. So be careful while monitoring over the demands of your characters.