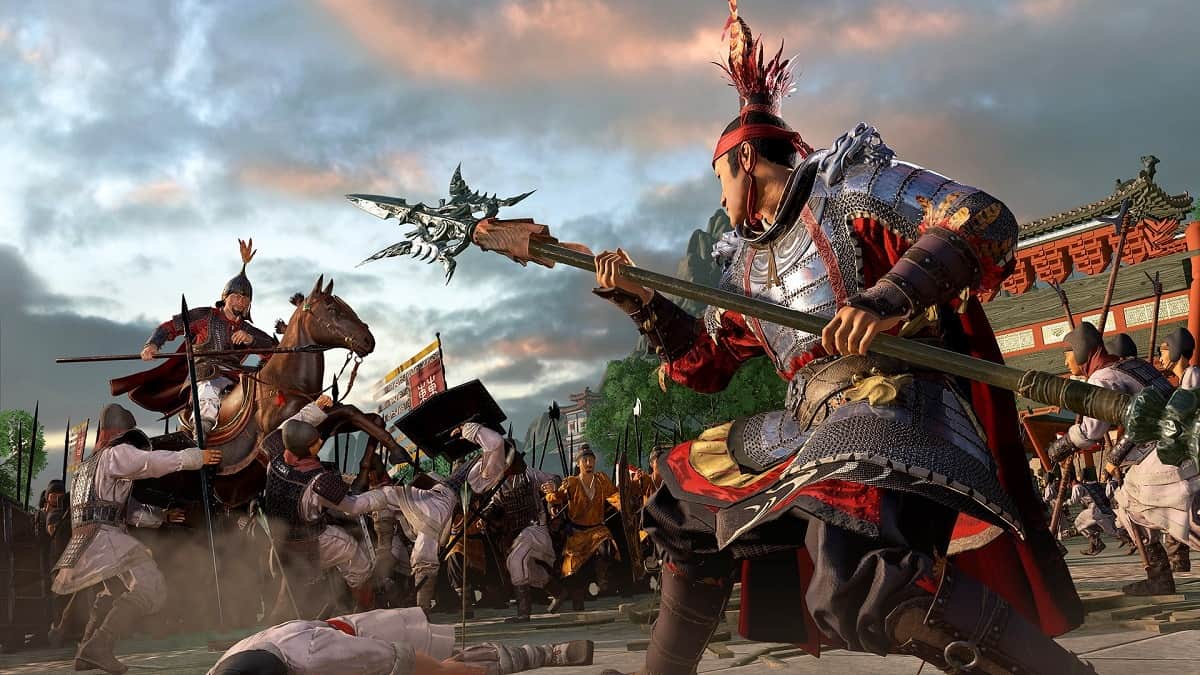 In Total War: Three Kingdoms, constructing buildings in your commanderies and counties is a vital part of the game. It will help you greatly improve infrastructure by generating greater income, increasing the population, adding more storage for food and rations, generating prestige as well as many other things. This guide will cover all you need to know about buildings in this game.

When you select one of your commanderies or countries, you can open the commandery panel to make a building. This costs money and sometimes you need to provide further upkeep cost each turn to maintain certain buildings.

The time taken to construct one building depends on how advanced it is, but you can rush construction if you have the coin for it. You can only make one building at a time.

The Town Centre in each commandery generates prestige each turn, increases population capacity, boosts the number of food reserves and once you upgrade it; it expands the settlement to unlock further building slots.

To the right of the town slot, are slots for constructing new buildings or upgrading existing ones. If you are curious about what kind of buildings you can make over a certain lot, simply hover the mouse over it and it will show you your options.

Hovering the mouse above an existing building gives you information about its functions and right-clicking shows the entire building chain, so you can scrutinize the future bonuses it will grant when upgraded.

There is a wide variety of buildings available for construction in the game, but some need to first be unlocked through new reforms. Do this by clicking the reform symbol over the required buildings.

This opens the reforms panel and highlights the required reform. The buildings types are classified based on 5 colors:

Agricultural (Green)
Livestock and grain farms are in counties away from the commandery capital while food storage and land development centers are generally constructed within it.

These buildings serve agricultural purposes such as improving food, peasantry income, and reserves, while also reducing the costs of red buildings.

Military forges, conscription centers, and military infrastructure buildings come under this. However, military buildings do not unlock better class unit types. You need to instill reforms, improve character levels and become emperor to get those.

These buildings reduce the construction cost of yellow buildings.

They are also an important source of prestige. As the government encourages and stimulates industry, yellow buildings reduce the construction cost of grey buildings.

Economic (Grey)
These are state-held or privately owned workshops, and labor housing buildings.

As the name suggests, they help improve your economy by increasing your income from industry and commerce, boosting population growth, all the while reducing corruption through the standardization of coinage.

These buildings reduce the construction costs of blue buildings.

Institutions such as schools, mercantile offices, and hostelries fall under this category. These buildings will improve your income, trade influence, and character satisfaction.

Garrison
Garrison forces guard settlements from enemy attacks. The buildings in the settlement and the presence of an administrator can greatly determine the strength of the garrison.

To view a garrison, select a commandery or county and click the green garrison symbol to the left of the relevant building slot.

The commandery town-center building provides six units to the garrison force and more can be added by creating a red building. If you want to add even more, then assign an administrator to the commander.

However, if the administrator has been recruited to an army then these units will appear in the army instead.

You cannot order a garrison to abandon its settlement but, if a battle occurs involving a friendly army within the settlement’s zone of control, the garrison will offer support to the friendly army.

Tax
This is the chief source of income that generates in your commanderies. You can view a commandery’s combined income from taxes and other sources in the commandery panel and your faction-wide tax income is in the Treasury panel.

There are 3 main sources of Tax income:

Peasantry Income
The tax is greater when the population count is higher.

Industry Income
This comes from mines and toolmaker counties, along with other industry sources. They provide more income than commerce sources but offer fewer inter-building synergies for enhancement of that income.

Toggle the tax exemption box in the Commandery panel to except one commandery from taxation. This can improve matters in a commandery that is suffering from low public order.

Bonuses marked as ‘income from peasantry/commerce/industry’ will enhance the taxes you collect in a commandery without raising the tax rate.

This is all we have in our Total War: Three Kingdoms Buildings Guide. If you have anything else that you would like to add, be sure to let us know!