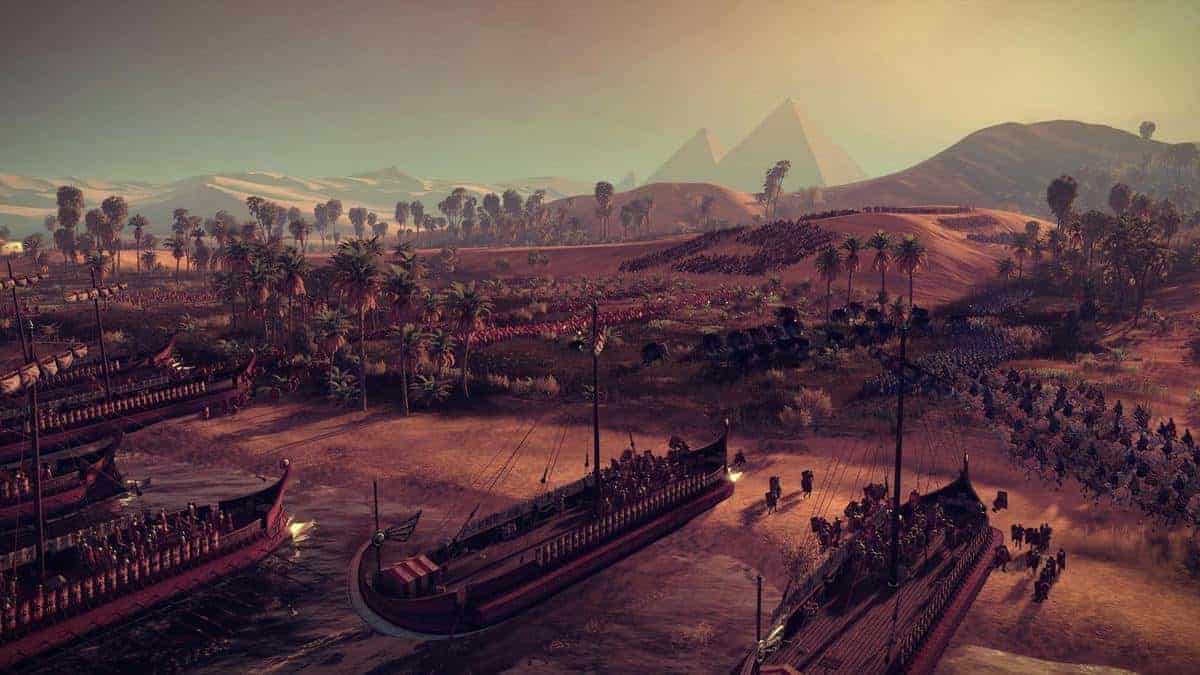 As your adviser politely informs you in the prologue of Total War Rome 2, Military successes are based on strong civil foundations. That means you need lots of moolah and munchies to feed your army of unstoppable death soldiers.

Depending on how you handle your economy, you can expand smoothly and seamlessly, or find your progress ground to a halt all of a sudden because you find that you can’t build anything and slowly but surely your provinces are getting unhappier and unhappier.

There are two main kinds of resources that basically make up your economy; Food and Wealth.

Food is produced by Farms, Animal Pens, Fishing ports, Delicacy/Food chain upgrade of the Forum/Market plot, Food-Related Temples, Grain Towns, Fishing Towns and the like. Food is needed in order to upgrade other buildings. Keeping the food rate in the surplus also results in an increased population growth rate and a boost to unit replenishment.

The food surplus does not provide benefits beyond a surplus of 20. However, it’s always better to have a little over that so you stay at the optimum amount even after upgrading a building.

Building the first and second levels of a building usually does not have that much of an impact on your city/province, but once you start upgrading proper you’ll notice an increase in Squalor and Shortage of Food.

Having a food shortage can basically just put a monkey wrench in any visions of expansion you might be having. It will slow your progress down to a halt and may even force you to backtrack by demolishing a few structures to make way for food consumption buildings.

Also keep in mind that most Food buildings should not be upgraded beyond level 3. This is because the massive Happiness penalty such structures incur is not worth the increased food gain. You’ll have to construct a level 4 temple just to try and break even.

Consider the net bonuses provided by a level 3 farm and temple as compared to a level 4 and you’ll see what I mean.

Province Segregation (Min-Maxing)
This technique makes use of the fact that if you choose to not tax a province, it will not have any effect on your food surplus or generate income through taxes.

Search for a province within your empire which has no grain towns. For this province, you can go nuts with building up non-production based buildings. Build your most advanced Libraries, both types of Barracks, all types of Army Training/Upgrade Camps, etc. Upgrade every building to the maximum, and uncheck the ‘Tax this Province’ box.

You will now reap the benefits of this province without having to take the hit to your food surplus. Just make sure to turn a few plots of land into happiness generating structures and you’re golden.

Next, on provinces that have numerous Grain Towns you should construct Farms and Temples only. Just make sure you have enough temples to keep the people happy and the rest of the plots should be production. These provinces are meant to fulfill the food requirements of your entire empire.

Aside from that, one last thing I have to say is that Farms are better than Animal Pens in each and every situation. No exceptions.

Now we get to the other big resource; Wealth. Wealth does not just consist of gold, but is more akin to ‘worth’. The number you see just above the End Turn button is the gold you receive as Tax for the different types of wealth being produced in your empire.

Tax
Tax is the single biggest source of income for your faction and needs to be carefully monitored and maintained. Tax not only affects your gold flow, but also changes the level of happiness of your subjects and population growth.

You can usually afford a hit to the public order for a turn or two if you’re really strapped for cash, but remember to keep it in the green. Having a negative population growth is usually not a good thing either.

Income is also affected by another factor; Corruption. This will cut into your revenues by a certain amount. This amount increases depending on the size of the empire and can only be reduced if you decide to subjugate settlements instead of occupying them, or though research in the philosophy tree.

Trading
Trading is a good source of supplementary income to your empire. It also serves a secondary effect of being a good beginning to a stronger form of alliance between nations.

Opening trade routes can be difficult later on in the game, when you’ve normally ticked off everybody in one way or another. Therefore, it’s good practice to launch trade routes with everyone and their grandmothers early on in the game.

Trading is affected mainly by two factors (other than the number of trade partners); Piracy and Raiding. Piracy is similar to Corruption in that it negatively affects your income through sea-trading. It is omnipresent on every body of water and has three stages.

If you control every region of land and province with access to this body of water then it is ‘Controlled’ and results in the lowest level of Piracy.

Piracy can further be reduced by setting up fleets in the water on ‘Patrol’ stance. It will become immobile, but the level of piracy gets lower. This is usually only worth it if it’s a one-ship fleet and the trade routes for the area are extremely valuable (thousands in maritime wealth).

Raiding is done by enemy armies individually, so the straightforward way is to simply not allow them onto your soil.