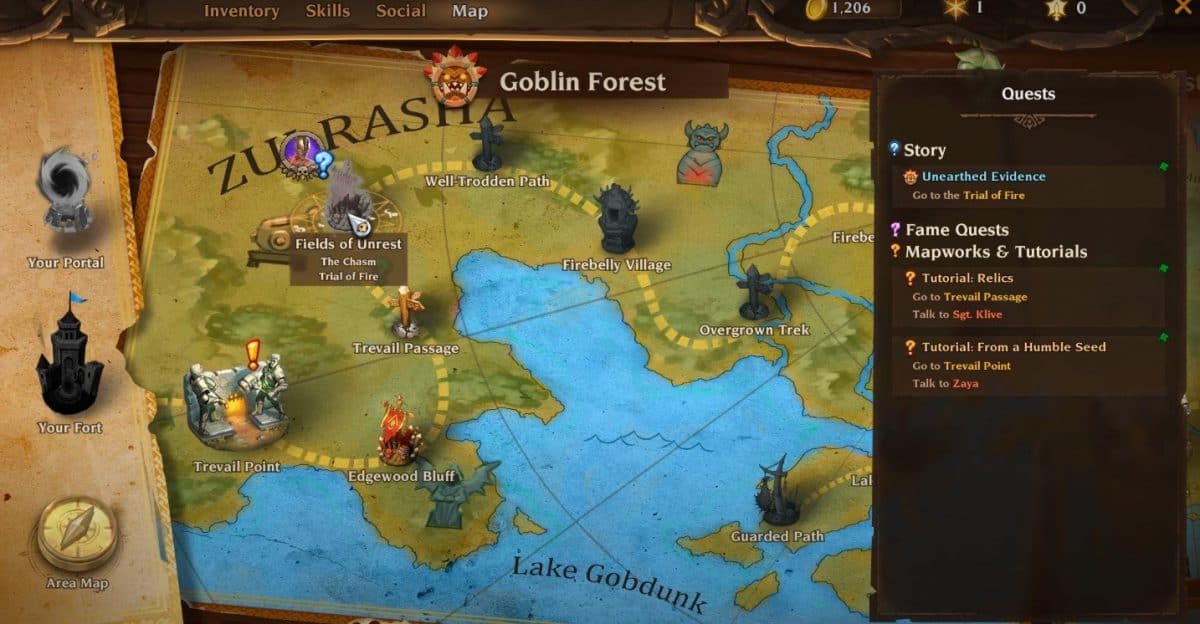 Torchlight 3 Unearthed Evidence is a story quest where you’ll be given two main objectives. Visit the Trial of Fire and Visit the Wideload’s Lair. Both objectives involve overcoming adversaries and reaching the end to face the boss of Wideload, Chieftain of Snotskins.

Defeating the boss rewards you with few items thus ending the Story Quest. In this guide, we’ll walk you through the Unearthed Evidence Story Quest and will guide you with tips to defeat the boss.

You’ll receive your first objective of Unearthed Evidence “Visit the Trial of Fire” in the Fields of Unrest. But before heading into the journey make sure to be equipped with a level 5 Venomous Infused Staff.

Once equipped, move downwards of the screen till you reach a bridge, cross it and head right to come across the Trial of Fire.

In the Trial of Fire your new objective will be visiting “Wideload’s Lair”. However, reaching your destiny isn’t an easy task as you’ll encounter many adversaries on your way such as: Netherling, Goblin Miner.

You’ll find a Metal Deposit left to the rocky staircase in this area. Head down the stairs, break the metal deposit.

From here you must further head down the rocky stairs and make your way through the adversaries in this area till you reach a stair case going up.

Head up to a new area and encounter new adversaries to deal with. Head left of this area and you’ll find a treasure chest, loot it and keep moving left till you reach another bridge to cross.

Cross the bridge and face few levelled up adversaries. Be careful as they shoot fire.

Once you’ve dealt with them, head left from the bridge, down the staircase and to the Wideload’s Lair.

Here you’ll trigger a cutscene, once the cutscene is over head into the lair. Entering the lair triggers another cutscene. Its less of a cutscene and more of an introduction of the area. 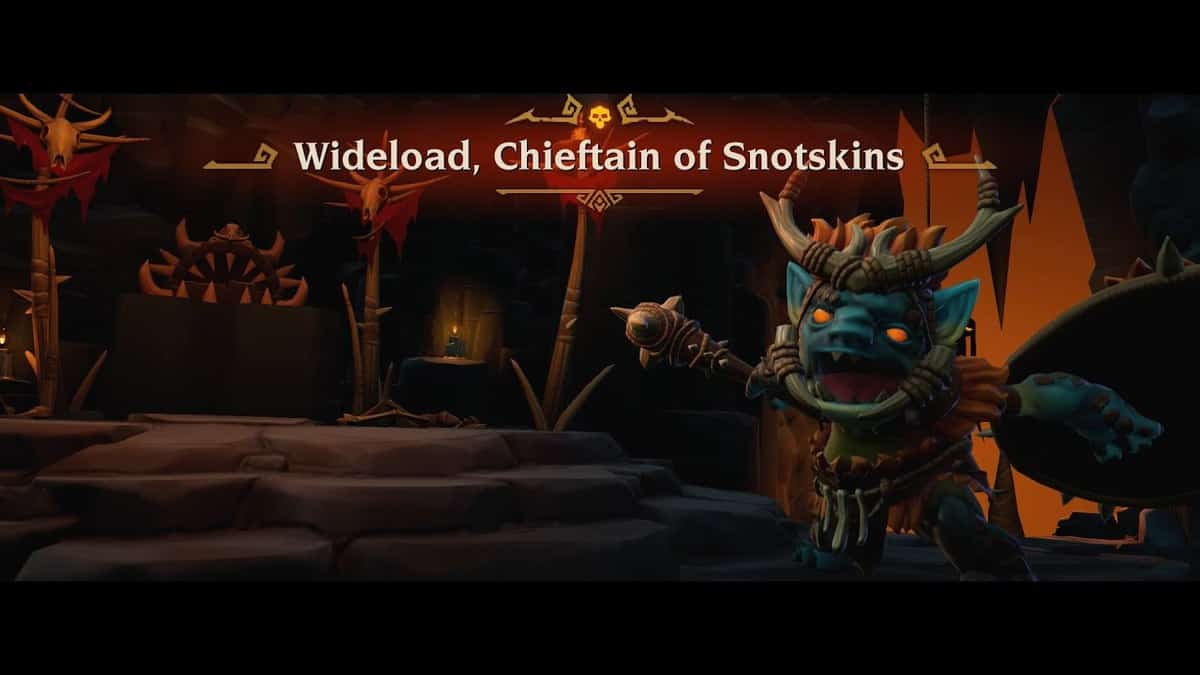 Apart from the boss, you’ll face a lot of Goblin Miners here. This can distract you from the actual fight.

So, the recommended strategy is to deal with the smaller adversaries first then move to the Wideload boss. This way you’ll be safe from the boss’s attacks while you’re busy fighting the Goblin Miner.

The best way to cause more damage is to equip more items such as the Musket. The Musket is a Rifle that Fires an attack that causes 100% weapon damage. So, it can really be a game-changer.

Throughout your fight, keep a safe distance from the boss and keep shooting it with the rifle or another weapon that suits your gameplay till the boss is defeated.

After you’ve defeated the Boss, you’ll receive fame, Gold and few rare Weapons and item such as the Wideload’s Decorative Shield.