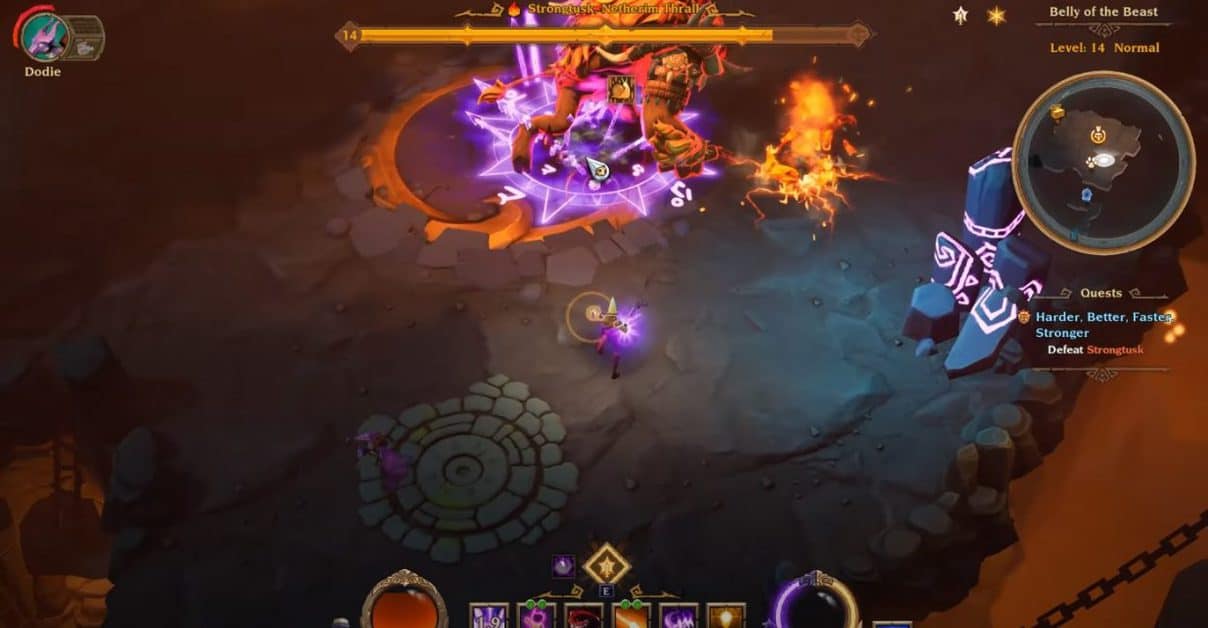 In this Torchlight 3 Harder Better Faster Stronger quest walkthrough, we will take you through this mission and provide tips on swiftly completing your objectives and defeating the boss Strongtusk at the end.

The Quest Harder, Better, Stronger, Faster starts at the Firebelly Stronghold. The first thing you have to do after starting the quest is going to Lake Gobdunk.

For this follow the path on your left and keep running. You will see some enemies in the way but you don’t have to fight them unless it is necessary.

You can use the teleporting technique and bypass them or simply run away from them.

Moving forward at some points you have to fight different enemies like Goblin Brute, Moltenslinger Spiders, Goblin Warrior, and Moltenfang Spider.

Go to the Lakeside Clearing. From there keep running straight and you will reach Lake Gobdunk. 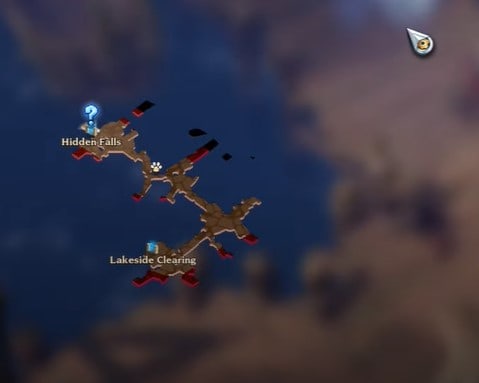 You will encounter a few enemies in the way. You can dodge or kill them. Now your second objective is complete.

Use spear and other attacks and kill it. Cross the wooden bridge on the left and you will encounter Netherling kill them and go right from there.

Go to the Guarded Path and defeat Algramath Warden of the Falls. Use the battlefield completely. Run, attack, and dodge the enemy attacks.

Eventually, Algramath Warden of the Falls will be defeated. Now collect treasure chests and enter the Guarded Path.

You will encounter some Goblin Brute and Goblin Miners and a boss called Gobanoo the only Foul.

Use the strategies you are using already and kill them all. Continue to run and destroy and second and the third Nethrim Pylons and kill the multiple enemies come in your way.

Now you have to go to the Belly of the Beast which you will find just ahead of the third Netherim Pylon.

When you go there a cut scene will be played. After that enter the Belly of the Beast here you will find your next objective.

Strongtusk Boss
You have to defeat Strongtusk to proceed further in the quest. Strongtusk is a difficult Boss to defeat but not that fast.

Just keep moving and attacking him with all your attacks. Watch out for the Fire on the ground and it wouldn’t be much difficult to defeat it. After defeating it collect the Strongtusk boss Chest.