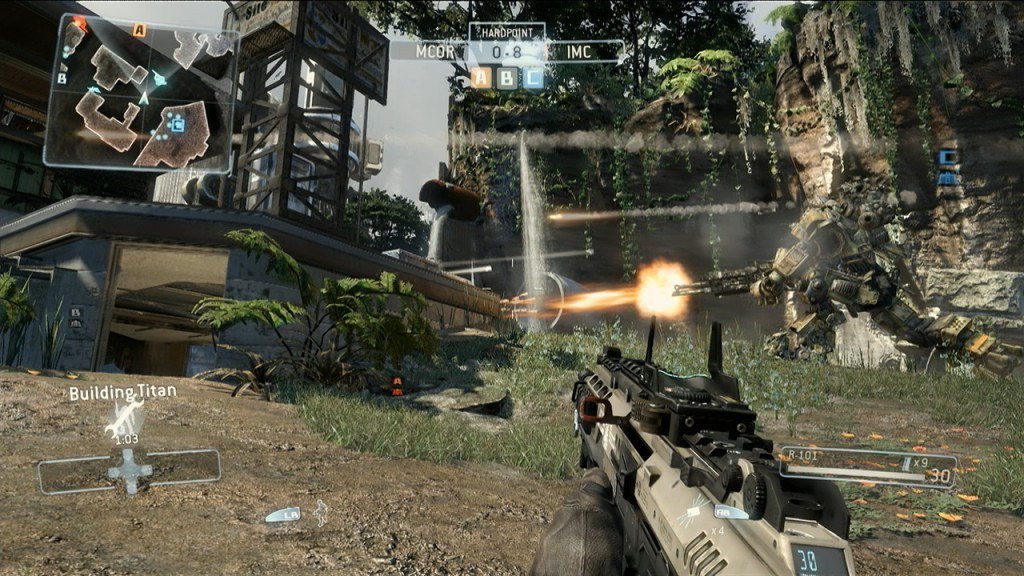 Knowing how to effectively use weapons in Titanfall is very important considering you will encounter different types of enemies on the battlefield. Be it A.I. controlled grunts, human-controller titans or camping pilots, knowing which weapon to use against which type of enemy decides the fate of the encounter.

Knowing more about weapons will also help you adjust your loadout as per your game-style. Titalfall doesn’t offer a wide range of weapons; you have limited options, which make it ever so important to know the strategic advantage each weapon offers.

In this guide, we will talk about the strengths, weaknesses and effectiveness of each weapon in the game. We will suggest under what circumstances, what type of primary weapon/sidearm combination you should be using and which attachments or mods you should go for.

Choosing the right primary weapon for your pilot can be a hard choice as each weapon has its advantages and disadvantages. There are some mods and attachments of each weapon that make it more effective.

R-101C Carbine
The R-101C Carbine is an automatic weapon. It offers great accuracy at a very good range and deals a good amount of damage. It is extremely good for the starters as it will help you take down the AI enemies very quickly, making it easier for your earn XP and level up while learning how the game works.

Only weakness of the weapon is its ineffectiveness in the close range combat especially when you come across a player with a shotgun or a pistol.

If you are ready to take on enemies up close then EVA-8 Shotgun is just the gun for you. EVA-8 Shotgun supports following attachments:

Smart Pistol MK5
Smart Pistol MK5 made quite an impact in the beta of Titanfall. It is suitable for close range combats as it automatically locks on the opponents and once the target is locked, every shot fired will hit the target. It is very effective against the Pilots and the AI enemies.

You can use the iron sights for manual targeting. The weakness of the weapon is the waiting time that it takes to target the pilots and when used manually, it is almost useless.

R-97 Compact SMG
The R-98 is a great automatic weapon at a close range. It has a very high rate of fire with extremely low recoil. It doesn’t do a lot of damage with one shot but once you have a target in sight, there is nothing stopping you from taking it down.

Fast fire rate can really come in handy when you are in close range combat with someone who is using non-automatic weapon. R-97 Compact SMG is unlocked when you reach Level 6.

Longbow-DMR Sniper
Longbow-DMR Sniper is a long range semi-automatic rifle. It allows you to fire multiple shots quickly although you might need just one to ground the target. It is very useful when you are playing on maps that features huge buildings with camping pilots inside.

The downside of the weapon is its fire rate. It becomes a useless when you are in close combat or when Pilots are moving freely. If you are good with the Sniper Rifle, you can turn the match in your favor really fast. Longbow-DMR Sniper unlocks at Level-9.

G2A4 Rifle
G2A4 Rifle takes some getting used but it is extremely effective once you get the hold of it. You can take down AI enemies and Pilots with just one shot to the head. It deals a lot of damage and has a great accuracy, making it a go-to choice for medium and long range battles.

When you’re at close range, you have to be pretty quick with your aim as it has very low magazine capacity. You can use extended magazine mod to make it more effective. G2A4 Rifle is unlocked at Level 18.

Hemlock BF-R
Hemlock BF-R is a great medium ranged weapon with its 3-round burst. The fire-rate of this weapon is its strongest point.

If you manage to get the head shot, the enemy will go down. This is the best weapon to take down all the AI opponents. However, the Hemlock BF-R is not as useful in the close ranged combat because of its lack of accuracy.

C.A.R. SMG
This is the best choice for everyone who is into close quarter combat. C.A.R. SMG provides great accuracy with minimum recoil. It does have a lower rate of fire than R-97 Compact SMG but it does more damage with great accuracy.

Try to use the stealth approach and get closer to the opponents before unloading on them. The weapon becomes ineffective when battling against the players with long range weapons. It is unlocked at Level-34.

Spitfire LMG
Spitfire LMG comes with a huge magazine size and as you keep firing, the accuracy of the weapon increases. First few shots might miss due to the recoil but once you are settled, you can spray the enemies to their ultimate doom.

It is equally great against pilots and A.I but try to keep at close range because you will not be running out of ammo. The major downside of the weapon is that it doesn’t support the suppressor.

Kraber-AP Sniper
If you have a great aim then you should go for Kraber as it is the only weapon in the game that gives you a kill for one shot.

Every shot that hits an enemy results in a kill. It is best for the long range battles but once you get hold of the weapon, you can use it in the mid ranged combat as well.

Don’t waste the bullets by killing the minions’ just use them against the enemies that are real threat but make sure to switch to your side arm when you are in close range. It unlocks at level-44

Iron Sights
Iron sights are very reliable and effective but they limit your visibility in the combat.

HCOG
Holographic Combat Optical Gunsight provides an open picture which helps in finding and taking out the target. The HCOG is fixed at 1.85X magnification.

Holosight
Holosight is fixed at 2.1X magnification and provides a tight visual which makes it an effective attachment for both close and medium-ranged combat.

Suppressor
Suppressor is used to reduce the noise of the shots. It is a great mod to take down the enemies by surprise.

Extended Magazine
As the name suggests, this mod increases the ammo capacity of the weapon so that you don’t have to reload every second.

Stabilizer
This mod is used to reduce the instability when using the scope. It helps in keeping the aim steady on the target.

Slammer
Available for Spitfire LMG, Slammer increses the damage you do to the Titan while you Rodeo Attack him.

Counterweight
Available for C.A.R. SMG, counterweight almost reduces the recoil to zero, allowing you to take down enemies with great accuracy.

Starburst
Starburst is designed for Hemlok BF-R and it increases the three round burst to five round burst.

Match Trigger
It increases fire rate and let you do the transition between the rapid shots and single shots without any stops.

Scatterfire
Designed for R-97, it increases the rate of fire of the weapon but reduces the accuracy.

Enhanced Targeting
Available for Smart Pistol MK5, it lets you lock onto the target at faster speed and increases the range of the weapon.

High Capacity Drum
This mod increases the ammo capacity of the weapon so that you don’t run out of ammo soon.

Leadwall
This Mod spreads the bullets fired form the EVA-8 Shotgun so that it reaches more enemies and does more damage upon hitting. It is best mod when you are facing multiple enemies at a close range.

RE-45 Autopistol
It is fully automatic and has great accuracy, but doesn’t do a lot of damage. It should be used when you are out of ammo or when you are going against the minions. At close range, it can prove to be extremely effective.

Hammond P2011
Hammond P2011 is a semi-automatic pistol with great accuracy at range. It is integrated with Match Trigger that allows it to fire rapidly which can prove to be very helpful in close quarters. If you shoot accurately, you can take down Pilots with three shots.

Trick is to take the stealth approach and when you get close to the enemies, fire away.

B3 Wingman
B3 Wingman is very powerful weapon. It deals great damage to the opponents even at the long range battles. Only downside is that has slower rate of fire so precision is the key with this weapon.

One good shot to the head will take down the enemy, though two body shots will required. Against minions, this is very powerful but be careful while using it. The weapon unlocks at level-27.

Don’t forget to share your own weapon tips with us by commenting below!