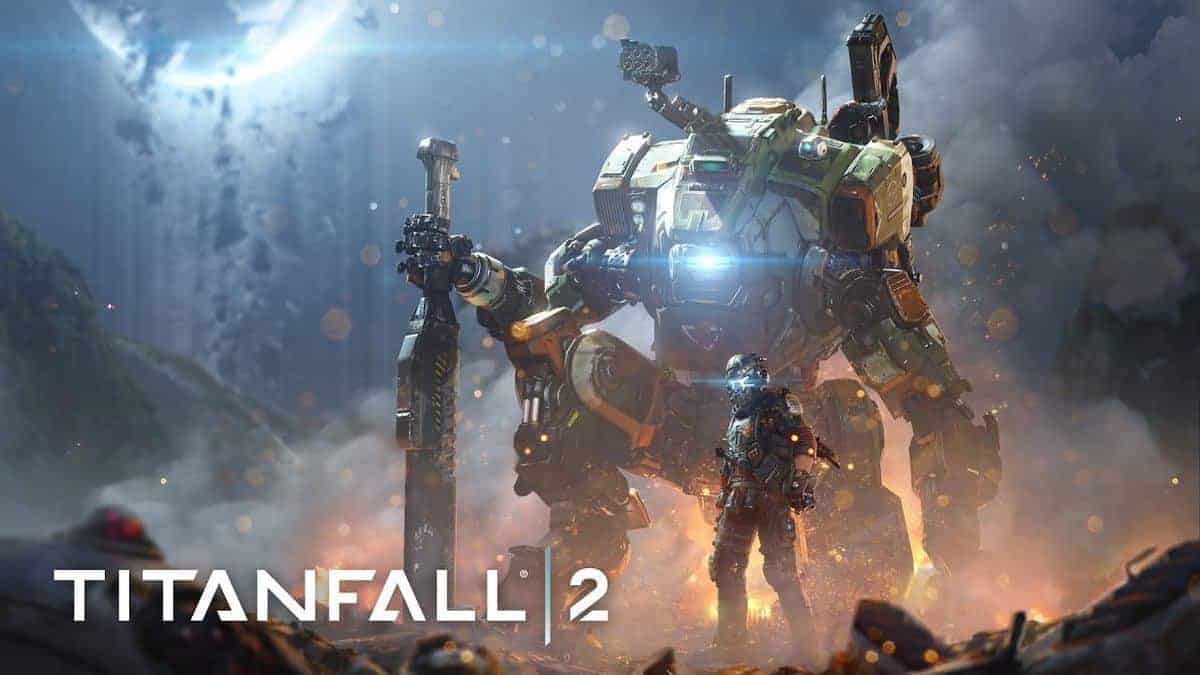 2016 was a great year for singleplayer games, irrespective of the genre. Gamers received a plethora of amazing AAA as well as indie titles including Stardew Valley, XCOM 2, Hitman, Darkest Dungeon and many more.

Among all these games, one that truly shines from the AAA side has got to be Titanfall 2, delivering in the overly saturated FPS on both the singleplayer and the multiplayer front.

To kick things off, Titanfall 2’s campaign sought to alleviate the biggest problem with the original game, lack of singleplayer story. While the first Titanfall game did a little bit of world building with a tacked on story mode, which was basically multiplayer matches with dialogues thrown in, Respawn Entertainment delivered a complete solo campaign experience with the sequel. Not only that, the campaign can easily be counted among some of the best singleplayer content in the history of FPS games.

Considering the AAA side of FPS genre is pretty much only limited to games like Call of Duty, Battlefield and Far Cry with great games like Bioshock Infinite and Wolfenstein: The New Order releasing after a couple of years of dry spell, it is refreshing to see Respawn Entertainment deliver content that can be counted among the greats yet is so easily approachable that it caters to all sorts of players, even those looking for a quick FPS action fix.

The actual narrative of Titanfall 2 isn’t anything groundbreaking. It’s the same theme as the first game and something which has been seen before in numerous other games and movies. Rebels fighting against a corrupt government/organization with an unlikely hero rising to lead everyone to victory. Pretty generic stuff. However, the way it is all executed is what really separates Titanfall 2 from the generic crowd.

Unlike the first game with its unnamed protagonist, this time players take on the role of Jack Cooper, a lowly rifleman in the Militia who ends up getting control of a Titan, BT-7274 after a failed assault on IMC turf. This unlikely pairing, considering riflemen aren’t trained or authorized to pilot Titans, ends up creating some of the best buddy moments in the history of FPS games thanks to great chemistry between Jack and BT and BT’s incapability of understanding sarcasm or jokes.

The standout moments from the campaign have to be 3 missions: Into the Abyss, Effect and Cause and The Ark. All of these missions truly highlight the strength of Titanfall 2’s gameplay, the amazing environment traversal coupled with fast paced action, something which the Call of Duty franchise has been struggling to nail down since Advanced Warfare.

Into the Abyss will have players navigating through a huge construction factory with ever changing landscape and lots of enemies moving around, something that could only come from the twisted mind of GLaDOS or Dishonored 2’s Kirin Jindosh. The best part, unlike numerous other FPS games, players can simply ignore those enemies and make use of Titanfall franchise’s signature wallrunning to just run past them to their objective

Effect and Cause has players making use of a gadget to solve some “puzzles” in an abandoned research facility. To talk more about it would be to spoil one of the best scenes from the game but the mission truly does deserve a place in the FPS hall of fame alongside the likes of Bioshock’s Fort Frolic.

For those looking for an exhilarating on the rail mission with some of the coolest side characters (Team 6-4 for life!), Titanfall 2 truly delivers through The Ark. The mission has players jumping from one airship to another, making use of other airships as walls to run on! Anyone who loved the thrill of walking on the side of the Guardian during Halo 5’s Genesis mission should feel right at home here.

Despite being a short campaign clocking in around 5 hours, which is becoming a norm for most AAA FPS titles these days if there is multiplayer involved, Titanfall 2 makes full use of its length to not only establish the two main characters so players feel a real connection to them but also to further flesh out some of the returning characters from the first game. By the time the campaign ends, players might feel it was too short not because of narrative decisions but because of the end of some really superb gameplay. Thankfully, the multiplayer mode is still there for those who managed to fully complete the game with all collectibles at Master difficulty.

The overall gameplay of Titanfall 2 remains pretty much the same as the first one, after all how do you improve upon something which was already way better in terms of movement and combat when it comes to its rivals. That being said, Titanfall 2 does make movement even more fluid through numerous new abilities. There is no parallel to chaining a wall run through the entire map while killing everyone you encounter on the way.

The map design is even more multilayered this time and bigger, with an out of bounds system like Battlefield games that can also be used to flank enemies if players are fast enough to move around and return in to the map area in time.

Perhaps the most hated part of the multiplayer from the first game, Smart Pistol, is gone from Titanfall 2. Well sort of, as players can still acquire one for a short time if they have the right Boost equipped. Boosts are Titanfall 2’s version of Call of Duty killstreaks and replace the Burn Card system from previous game. Each Boost ability has a different activation cost which is used from the Titan meter. So the better a player performs, the faster they can fill up the Titan meter and then activate their Boost for useful perks like Amped Weapons, Ticks that seek out nearby enemy Pilots, Smart Pistol, Map Hack, Sentry turrets and more.

In terms of customization, Titanfall 2 offers a plethora of options for every weapon. Weapon mods and sights such as Holosight or HCOG are unlocked as players level up or if they earned enough credits, they can unlock them earlier. On top of that, players can also customize camo on all of their weapons, their pilot as well as the Titan and Titan weapon.

There are also various Pilot archetypes to choose from, dependent on the Pilot Tacticals players have equipped such as Grapple, Pulse Blade, Cloak and Stim. Each archetype also alters the look of the Pilot. A Pilot with the Cloak ability looks bulky with fur around its shoulders while Stim changes the pilot into a robot.

Another main criticism leveled against the original game was the extremely limited number of Titans available. That issue has been alleviated to some extent. While players can no longer choose which weapon on equip on their Titan, there is a bigger variety of Titans available now, six to be precise, each locked to a somewhat specific playstyle. There is the extremely weak Northstar that can fly and fire charged up shots or players can go with the Scorch titan which is slow and fires thermite bombs that can deal damage over time and effectively block off an area by creating flame traps.

Some of the game modes make a return in Titanfall 2 such as Attrition and Last Titan Standing while new ones are also added such as Bounty Hunt, which is essentially a PvPvE game mode where both teams have to fight against AI, earn money and then deposit it in the bank, as well as Coliseum which is a 1v1 game mode where two pilots go head to head in an arena, after paying the ticket price to enter.

Speaking of price, thankfully unlike most multiplayer FPS releasing these days, Titanfall 2 doesn’t suffer from the microtransaction curse that slowly develops into P2W. Similar to Rainbow Six Siege and Overwatch, the microtransactions in the game are only limited to cosmetics such as camos and pilot banners. Even the aforementioned Coliseum ticket isn’t sold and is earned in game as a reward.

Released within a week of both Call of Duty Infinite Warfare and Battlefield 1, it isn’t any surprise that Titanfall 2 suffered commercially as is evident by the roughly 9000 peak player count on PC despite being on sale at least twice and both times at 50% off. It may not even be as pretty looking as Battlefield 1 but despite being a Source Engine game, albeit a heavily modified Source Engine, Titanfall 2 can easily stand on its own with a vibrant color pallet and pretty decent textures, particle and lighting effects.

However, given Respawn Entertainment’s commitment and promise that this time the community will not be divided and all future DLC will be free, Titanfall 2 seems poised to grow and in time, more people will come to realize this shooter is not to be missed at all and in fact, it might be the only AAA first person shooter worth playing from 2016 if players want their money to be spent on not only a game that delivers on the singleplayer (partially in thanks to the gorgeous score from Stephen Barton who worked on Call of Duty 4 and the original Titanfall) but also on multiplayer with a seemingly longer life than even Battlefield 1 at least in terms of progression, after all there is pretty much nothing left to unlock in DICE’s shooter after you cross level 4 with each class, with the only exception being the final level 10 weapons.

EA hit the mark with this one.