There is a Phone Number in FireWatch that Actually Works 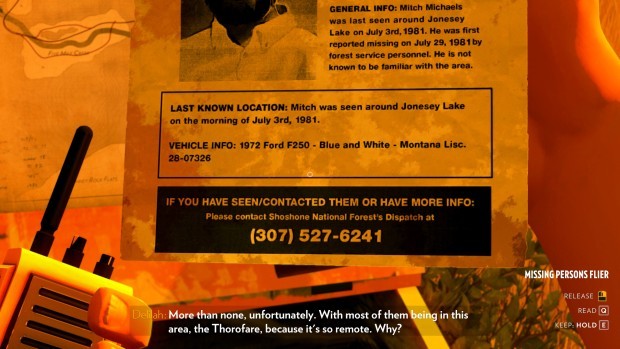 Firewatch just released on PlayStation 4, PC and received decent reviews from critics. It is a very interesting game and you can spend a lot of time exploring the environment, and while doing so, you may come across a missing person’s report.

It can be found in one of the supply boxes and features telephone number for Shoshone National Forest Dispatch. Someone tried this number and to their surprise, it actually works. It really belongs to Shoshone National Park. We don’t think they would intentionally put that number there as most fans would just call to annoy. However, if they did, it is great publicity for the park.

We really hope devs weren’t lazy and actually made a deal or talked to Shoshone National Forest Dispatch before putting their real number in the game.