Which Timeline Is The Witcher Netflix Series Set In? 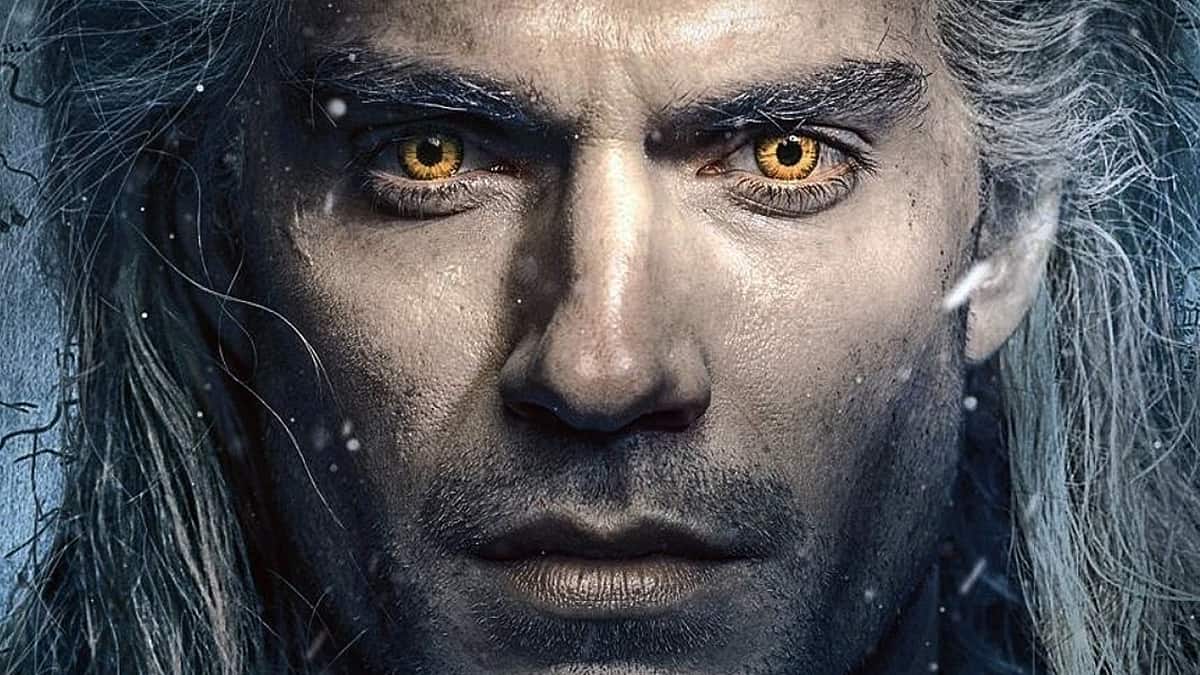 The Witcher, comprising eight episodes in total for the first season, is now officially available to stream on Netflix. The highly anticipated television series is actually based on the novels written by Andrzej Sapkowski and not the games that were developed by CD Projekt Red, which is important to know beforehand since there are several stark differences between the two adaptations.

Take note that what follows possibly contains major spoilers for the first season.

The Witcher series on Netflix tells three separate stories from their own perspectives that are interlinked around the fall of Cintra, also known as the Slaughter or Massacre of Cintra by the Nilfgaardian army in the novels. The witcher Geralt (Henry Cavill), sorceress Yennefer (Anya Chalotra), and princess Ciri (Freya Allan) start out on different ends but as fate would have it, they are eventually bound to cross paths to fulfill their destiny.

Where the timeline is concerned, it can become a bit confusing. The aforementioned stories are not all happening at the same time, nor some in the present. In fact, as it becomes evident by the fourth episode, The Witcher scrambles the stories to have some take place decades in the past, shaping the three lead characters prior to their first encounters. Everything comes together like a puzzle in the last two episodes.

That being said, those who have read the novels will actually find it easier to identify the timeline. The first season of the much-appreciated Netflix series adapts the collection of short stories from The Last Wish and Sword of Destiny, both of which precede the main Witcher saga. Speaking of which, the second season is likely to be based on Blood of Elves and Time of Contempt for those interested in picking up some reading material.

Coming to the timeline again, stating what event took place in what year exactly will be difficult. The only way to ascertain the sequence of events is to arrange them chronologically around the fall of Cintra. Hence, consider the following five stages in which The Witcher series on Netflix follows Geralt, Yennefer, and Ciri.

Stage 1: A witcher is born

In the very last episode, a wounded Geralt dreams about his mother, Visenna, abandoning him at Kaer Morhen as a child to be trained by the legendary Vesemir as a witcher. Geralt is nearly a hundred years old in the series, which is normal since witchers age slower than normal humans.

Stage 2: A sorceress is born

The second and third episodes tell the backstory of Yennefer. How she was cruelly sold to Tissaia de Vries (MyAnna Buring) by her own father. What she went through at Aretuza, a magical academy for the gifted. Her painful transformation from a hunched-back girl and finally, how she was assigned as a sorceress-advisor to the kingdom of Aedirn.

Yennefer is confirmed to be over 70 years old in the series. Hence, placing her backstory roughly two decades after Geralt became a witcher. Sorceresses, like witchers age slower than normal humans as well.

The third episode takes Geralt to the kingdom of Temeria to investigate a monster stalking the populace, which incidentally is also the first of the collection of short stories from The Last Wish that are featured in the Netflix adaptation. The monster, as it turns out, is a striga and the product of a incenstous relationship between King Foltest and his deceased sister, Princess Adda.

This is also where Geralt meets sorceress Triss Merigold (Anna Shaffer) for the first time. In the novels though, Geralt had met Triss years before. After dealing with the Striga, Geralt was healed by priestess Nenneke of Melitele and in a state of deliriousness, Geralt thought that she was her mother. He uttered her mother’s name, not Renfri’s as shown in the series.

The first episode tells the story of how Geralt became to be known as the Butcher of Blaviken, which follows the striga adventure in The Last Wish.

Geralt finds himself having to choose “the lesser evil” between the sorcerer Stregobor (Lars Mikkelsen) and princess Renfri (Emma Appleton) — now rogue. While initially distancing himself away from the fued, destiny forces him to pick a side. Renfri and her gang were slaughtered by Geralt in the streets before they could start murdering the citizens as a ruse to have Stregobor leave his fortified tower. The haunting incident became a stark reminder for Geralt that humans can be monsters as well, as further showcased in later episodes.

There are two school of thoughts here. One believes that the striga adventure happened before the Blaviken slaughter, while the second believes the opposite to be true. The important thing to note is that the striga adventure fits well with the chronology of the novels. In either case, both tales happened back-to-back, whatever the sequence may be.

Geralt meets singing bard Jaskier (Joey Batey) for the first time in the second episode, who decides to accompany the witcher as he investigates reported thefts of grain by a horned devil. The only thing is that in the novels, they actually met several years before this adventure. The Netflix series, though, makes it notable that their first meeting happened before they went to attend the ball (next) in Cintra. In The Last Wish, Geralt received an official invitation that had nothing to do with Jaskier.

Stage 3: The child of surprise

The fourth episode is where Geralt accompanies Jaskier to the betrothal feast of Princess Pavetta, daughter of Queen Calanthe (Jodhi May) and mother of Ciri.

Having saved Calanthe’s husband years ago, a knight by the name of Urcheon of Erlenwald declares the Law of Surprise to claim Pavetta’s hand in marriage. Urcheon, also known as Duny, suffers from a curse that transformed him into a human hedgehog. Calanthe refuses, leading to a brawl, but after Geralt’s intervention allows the marriage to go ahead.

Duny’s curse is lifted and insists Geralt to ask for a reward from him. Geralt invokes the Law of Surprise as well, asking for something that Duny has but doesn’t know. Pavetta is then revealed to be pregnant with Ciri, meaning that destiny has given Geralt rights over who would later be known as the child of surprise. Ciri is 12 years old in Netflix series, meaning that banquet incident took place 13 years before the fall of Cintra.

The fourth episode is also where Yennefer, having served the kingdom of Aedirn for over three decades, gets ambushed by an assassin while escorting Queen Kalis of Lyria. Her escape took place around the same time when Geralt was invoking the Law of Surprise.

Geralt meets Yennefer for the first time in the fifth episode. This is where he makes his last wish to the djinn that binds him to the sorceress forever. This is also the last of the collection of short stories in The Last Wish. Jaskier making references to the Law of Surprise in the same episode is another indication that the meeting with Yennefer happened several years after Pavetta’s betrothal feast. This will also be about a decade before the fall of Cintra.

Geralt, Jaskier, and Yennefer join a dragon hunt in the sixth episode. However, they find the dragon to be dead and in turn find a new calling to protect its egg. This is also where The Witcher series on Netflix shifts from The Last Wish to Sword of Destiny. The hunt for the dragon is the first of the collected stories in the novel. Less than a decade after, Nilfgaard began moving its armies to sack Cintra in search of Ciri, the Child of the Elder Blood.

The seventh episode is where all of the puzzle pieces start to fit. Geralt returns to Cintra 12 years after the Law of Surprise to invoke his right to take away and protect Ciri. Calanthe attempts to fool Geralt by giving up an imposter. Upon being confronted, Geralt gets imprisoned. At the same time, Yennefer returns to Aretuza for an emergency conclave of wizards to discuss the threat of Nilfgaard to Cintra. They vote against doing anything to save Calanthe and her kingdom.

Nilfgaard finally attacks Cintra. With the castle breached, a fatally wounded Calanthe decides to send Ciri away with Geralt just as destiny wanted. However, Geralt had already escaped his prison during the Nilfgaardian attack, leaving Ciri to fend for herself as she flees her burning home.

For the first time in the series, all the timelines converge and The Witcher begins following Ciri in the present.

The last episode brings it all in. Ciri meets an elf companion named Dara (Wilson Radjou-Pujalte) while on the run, later journeying into the ancient Brokilon forest of the dryads, clashing with a doppler, and eventually finding a safe haven with a stranger woman.

At the same time, Geralt encounters a merchant after his escape from Cintra. While defending him from undead horrors that were attracted to the smell of corpses left behind by the Nilfgaardian armies, Geralt gets bitten. The merchant, alive, picks up a nearly unconscious Geralt and takes him home to his wife, who turns out to be the same woman from earlier who had taken in Ciri.

Geralt and Ciri are finally united in the woods, just as destiny wanted them to be. Hence, all the timelines get aligned in less than two weeks after the fall of Cintra.